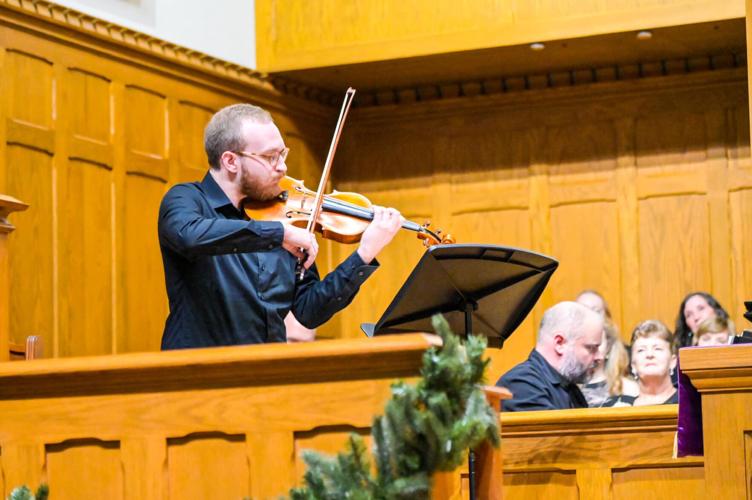 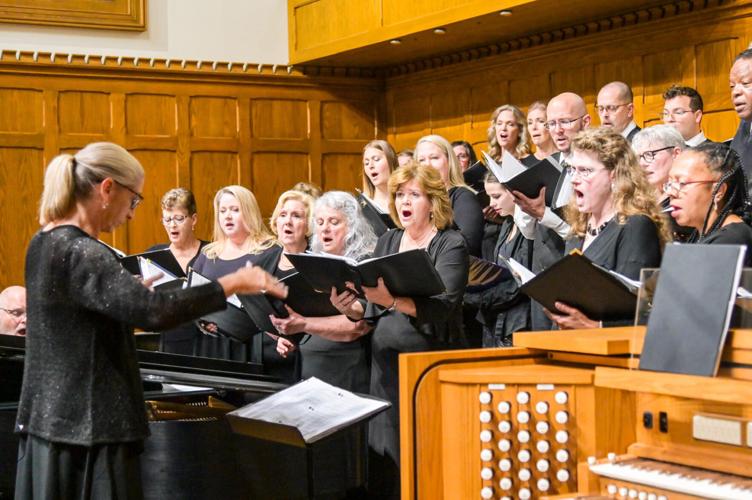 Sandra Chandler is the new artistic director for the Sweetwater Singers. 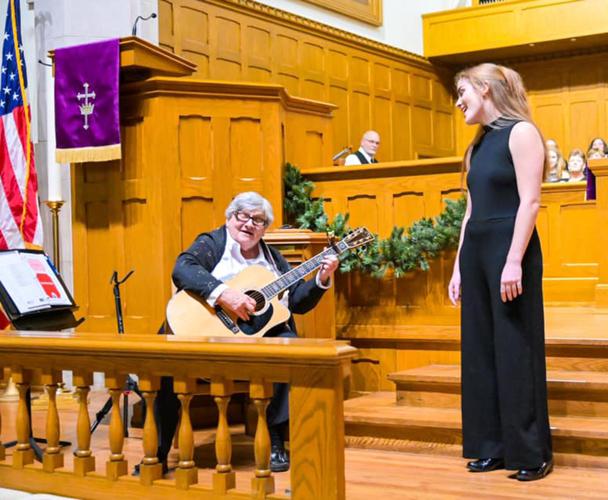 Peggy Killian plays guitar during a solo by Maddie Archer. 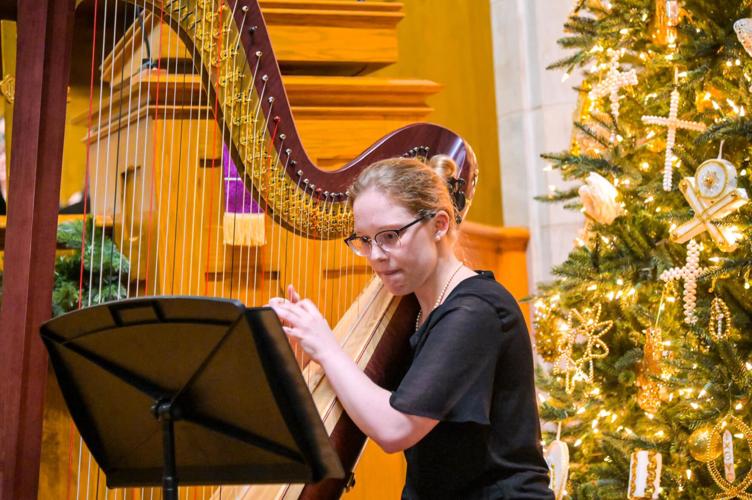 Harpist LeAndra Douds performs during the Sweetwater Singers’ Christmas concert, which drew over 500 people for the Dec. 9 performance.

Sandra Chandler is the new artistic director for the Sweetwater Singers.

Peggy Killian plays guitar during a solo by Maddie Archer.

Harpist LeAndra Douds performs during the Sweetwater Singers’ Christmas concert, which drew over 500 people for the Dec. 9 performance.

The Douglas County Chamber Singers, a choral group based in Douglas County for 22 years, has changed its name to Sweetwater Singers. The move reflects the group’s expansion to include members from many areas of west Georgia, including Carroll, Paulding, and Cobb counties.

Since its inception in 2001, the Chamber Singers has held steady at around 30 singers. This year, however, the group now known as Sweetwater Singers has grown to 50 members and has a new artistic director. Sandra Chandler is well known regionally and throughout the country for her innovative programs. After a 30-year career teaching music at schools in Douglas County and Texas, she now works for MidAmerica Productions producing concerts in Carnegie Hall and multiple European cities.

“I’m thrilled to lead a community chorus of singers who get joy from learning and performing quality music,” said Chandler. “Our goal is to elevate the arts in Douglas County and surrounding areas and inspire the next generation of artists by providing outstanding performances for our community.”

Upcoming performances include “A Night on Broadway” in February, John Rutter’s “Requiem” in March, and “A Night at the Movies” at the Plaza Theatre in Atlanta in May.

On Feb. 10, guests at “A Night on Broadway” will hear familiar show tunes and enjoy dessert at the First United Methodist Church of Douglasville. The event will serve as a kickoff to raise funds for professional accompanists, guest artists, and venue rental for the year. “It takes financial resources to provide our community with quality performances,” said Janet Deal, president of Sweetwater Singers. “We are asking local businesses and community leaders to serve as sponsors and patrons as we work to become one of the premier community choral groups in Georgia.”

Sponsorships range from $1,000 to $5,000. Patron levels begin at $200. Sponsors and patrons will be listed in all concert programs, promotional materials, on the Sweetwater Singers website, and in an ad in the Douglas County Sentinel. All donations are tax deductible.

For information on sponsorships and patronages, please reach out to douglascountychambersingers@gmail.com. Tickets for the upcoming “A Night on Broadway” may be purchased at sweetwater-singers.ticketleap.com