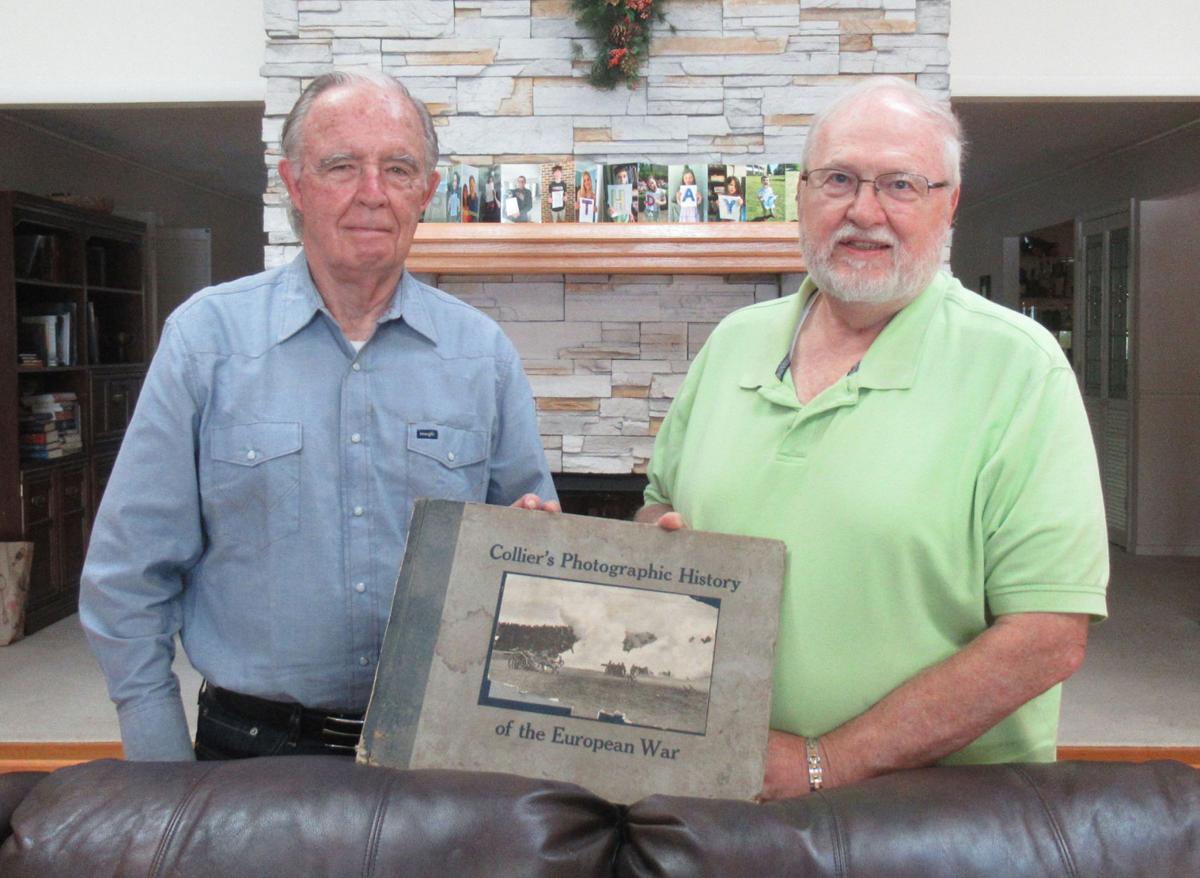 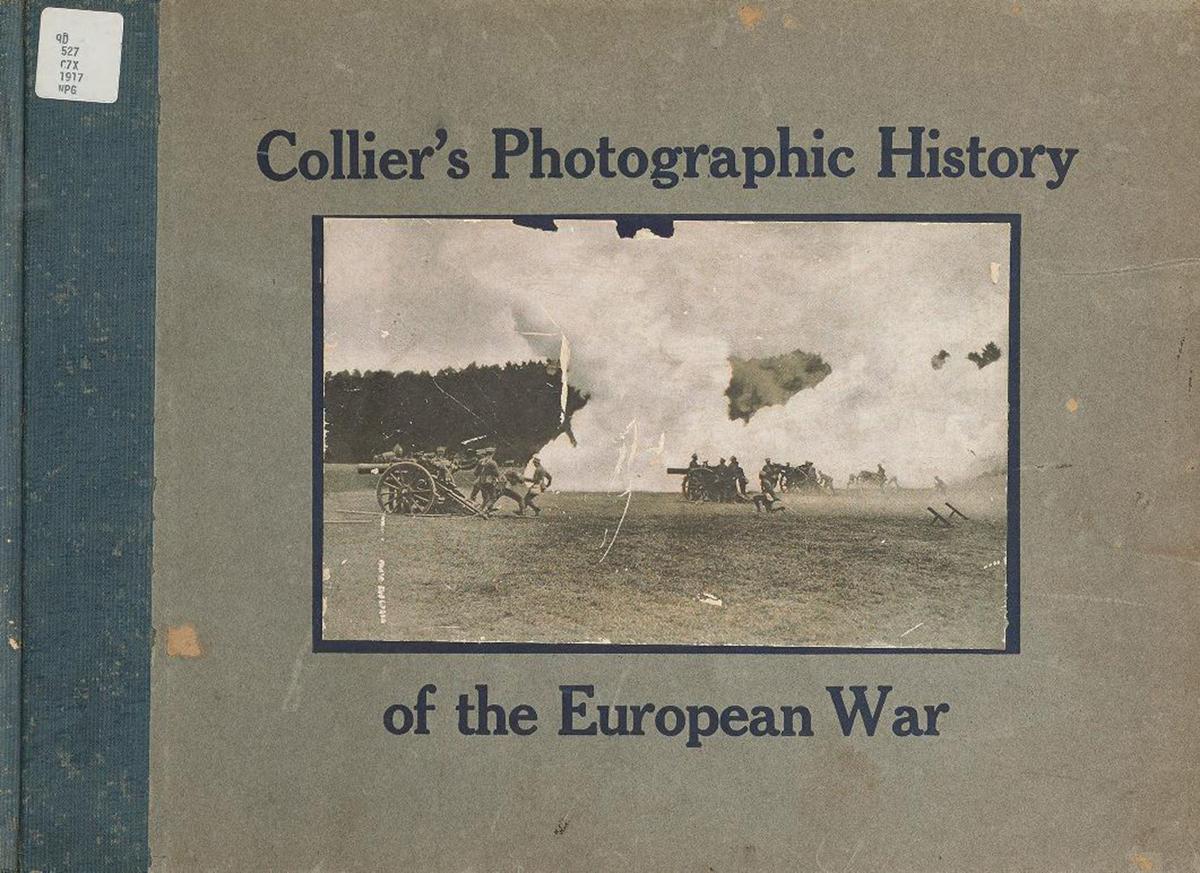 This book, “Collier’s Photographic History of the European War” was published by P.F. Collier and Sons before America had entered the war and features photos of World Leaders, Ships, Guns, Soldiers, Aircraft, People, Animals and Destruction.

This book, “Collier’s Photographic History of the European War” was published by P.F. Collier and Sons before America had entered the war and features photos of World Leaders, Ships, Guns, Soldiers, Aircraft, People, Animals and Destruction.

All around the world, the end of World War I is remembered as ending on the 11th hour, of the 11th day of the 11th month in 1918. In America we honor this also as Veterans Day. Here in Douglas County, Georgia, we have something new to honor WWI. The item is not a cannon, nor a uniform. This item is a very old and very special book.

This century old book was just donated to the Douglas County Genealogical Society by Mr. and Mrs. Frederick W. Powers. It will eventually go into the Special Collections Room in our Douglasville Library. It was accepted by the President, Dr. Norm Brazel, for the Society. Due to the age of this book, a copy will be made for the public to use. This book “Collier’s Photographic History of the European War” was published by P.F. Collier and Sons before America had entered the war and features photos of World Leaders, Ships, Guns, Soldiers, Aircraft, People, Animals and Destruction. These are photos that most of us have never seen before.

Fred and Nancy Powers were on a trip to Vermont that he called an “Explore the Back Roads” trip when he discovered this treasure in a book store, It was already an old beauty when he found it, but he could not resist all these photos. He has enjoyed it ever since.

Fred was born in up-state Troy, NY. He first thought was to become an Engineer and he obtained an engineering degree from Union College, but when he saw his sister fall in love with the study of Law he applied and was accepted in the law school of Georgetown University in Washington, DC and became a Lawyer. He practiced Law with General Electric in Washington and Virginia. Next Fred became a partner in a firm in Philadelphia for several years. He was married to the former Nancy Kelley and they would eventually have five children and 16 grandchildren and decide on a move South to Atlanta where again he practiced law at Siemens AG and subsequently with Scientific Atlanta. He has retired.

While Fred was busy with his career, Nancy was becoming a proficient Genealogist herself. It was this connection that taught her the value of knowing about what was happening during the times your ancestors lived. After looking at a variety of Genealogical Society Web Sites, Fred and Nancy decided to trust the Douglas County Genealogical Society to know how to preserve this WWI picture book.

Since the formation of the local Genealogical Society in March 1998, they have been given or purchased some 285 books to the Selman Avenue Library for research. If you, like the Powers, have any books of Historical or Family or County records that you would like to donate. They are always welcome and will be made available for Family Research in the Special Collections Room.