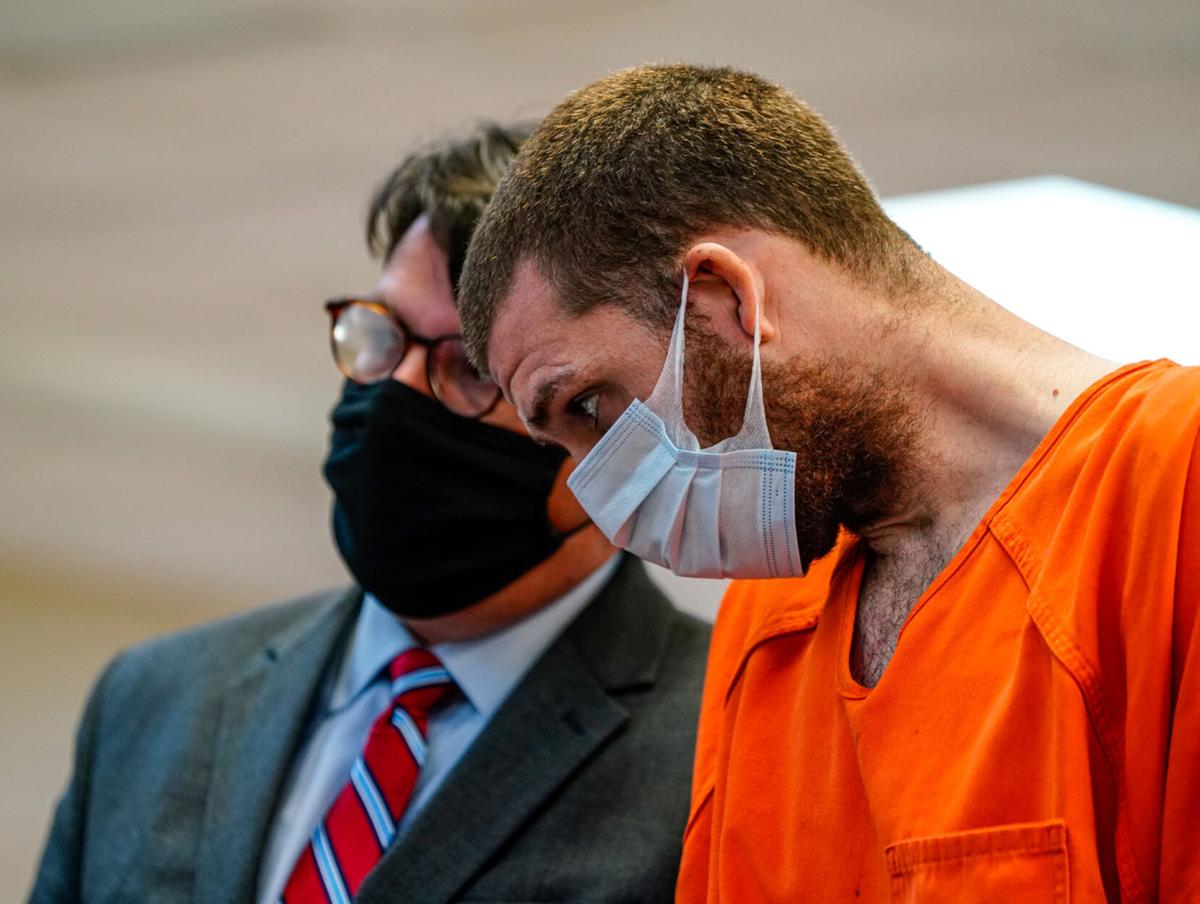 Above left: An attorney speaks with Andrew James Conard during an initial court appearance Thursday. He is charged with murder in the May 9 shooting death of Barbara Gibson of Burwell. Above right: Amanda Rae Sperry listens as Chief Magistrate Alton Johnson reads the warrants against her. 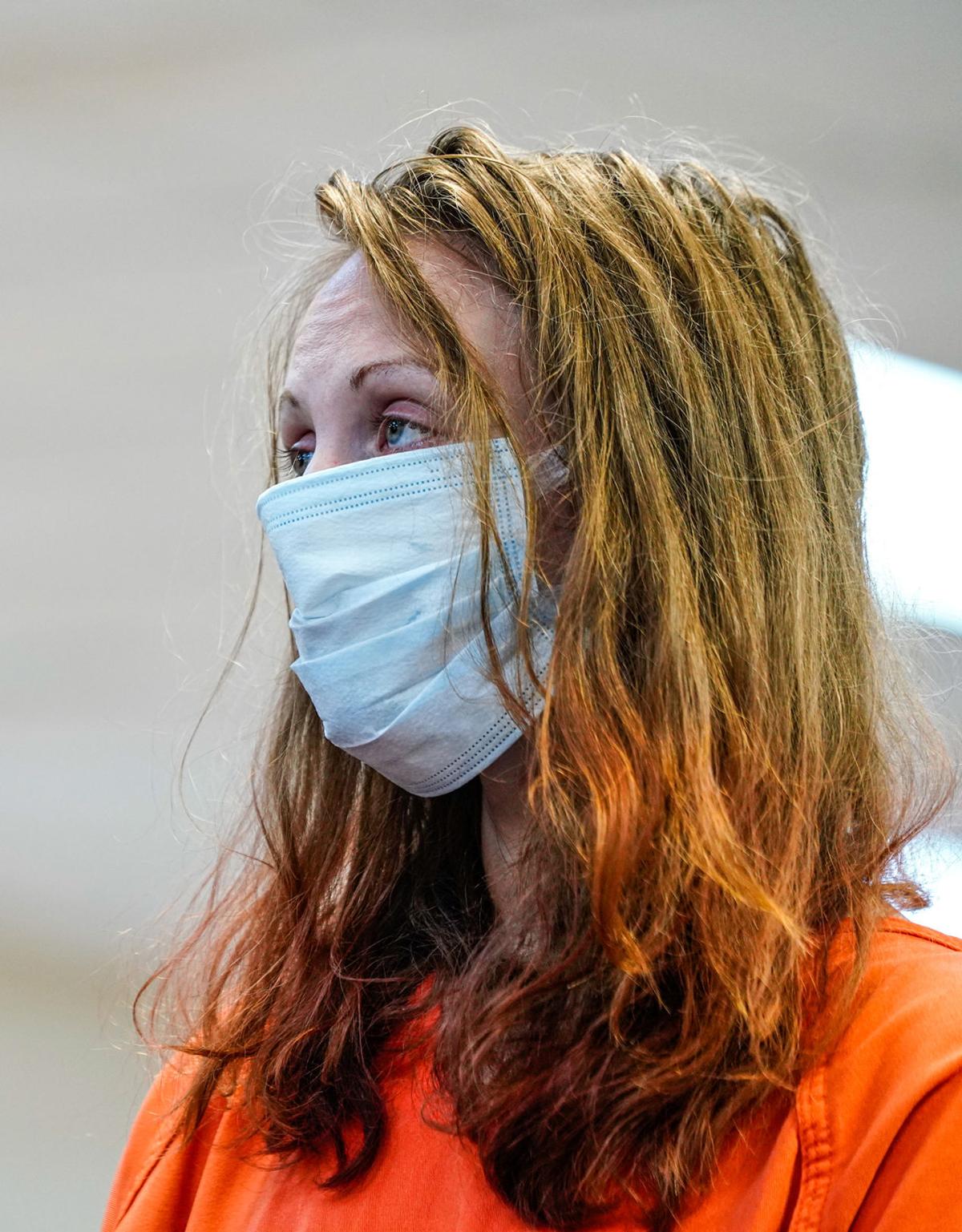 Above left: An attorney speaks with Andrew James Conard during an initial court appearance Thursday. He is charged with murder in the May 9 shooting death of Barbara Gibson of Burwell. Above right: Amanda Rae Sperry listens as Chief Magistrate Alton Johnson reads the warrants against her.

The Carroll County couple accused of murder in the death of an 83-year-old Burwell woman is alleged to have invaded her home then shooting her multiple times, according to statements made Thursday at an initial court appearance.

Andrew James Conard, 37, and Amanda Rae Sperry, 29, are accused in the death of Barbara Gibson, who was killed in her home on May 9, the day before Mother’s Day. They were arrested Tuesday and were taken Thursday to an initial appearance before Carroll County Chief Magistrate Judge Alton Johnson.

In discussing the charges against the suspects, Johnson said Conard with “the intentional aid” of Sperry allegedly broke into Gibson’s home carrying a Glock .45-caliber firearm to perform an armed robbery, and Gibson was allegedly shot by Conard “several times until she was deceased.”

Johnson also noted that several items were taken from the house, such as a sewing machine and jewelry after the 83-year-old widow was killed.

On Tuesday, Conard and Sperry were encountered at a store and brought to the Sheriff’s Office without incident to be interviewed. During the interview, Sperry allegedly confessed her involvement in the May 9 death of Gibson, according to County Public Information Officer Ashley Hulsey.

During the separate first appearance hearings, Conard and Sperry, both of Burwell, were informed that they could face the death penalty for the charges of first-degree murder, first-degree felony murder, aggravated assault, first-degree home invasion, first-degree burglary, and armed robbery.

First appearance hearings allow alleged criminals the opportunity to hear the charges that have been made against them and to learn more about their rights.

See how Covid-19 changed their sense of smell

Members of the County Sheriff’s Office, including Sheriff Terry Langley, the victim’s son James Gibson, and his wife attended the hearing on Thursday afternoon.

Gibson was a highly respected member of the Burwell community. She lived in a small brick house, and her family had been expecting to visit her there on Mother’s Day. But on the day before, when she did not call family members as expected, someone was sent to check on her. She was found dead inside her home. Authorities said she died sometime during the hours of 5 p.m. and 9 p.m.

During a news conference on Wednesday, Langley said that based on an alleged statement from one of the suspects, and other evidence, the suspects had staked out Gibson’s home and planned to rob her. He said they considered her an easy target because she was an elderly widow who lived alone.

During the news conference, Langley said it was not known why the robbery had ended with her violent death.

Langley said the community played a huge role in gathering evidence and providing support to the Sheriff’s Office. Although deputies released few updates during the investigation, Langley said that at least one investigator worked the case every day, and at times the entire investigative unit was involved.

Investigators learned that Conrad and Sperry moved to the same community as Gibson more than a year ago. The couple has been together for six to eight years. Conrad is the only one with a criminal record, which Langley said was a few misdemeanor charges in Wisconsin.