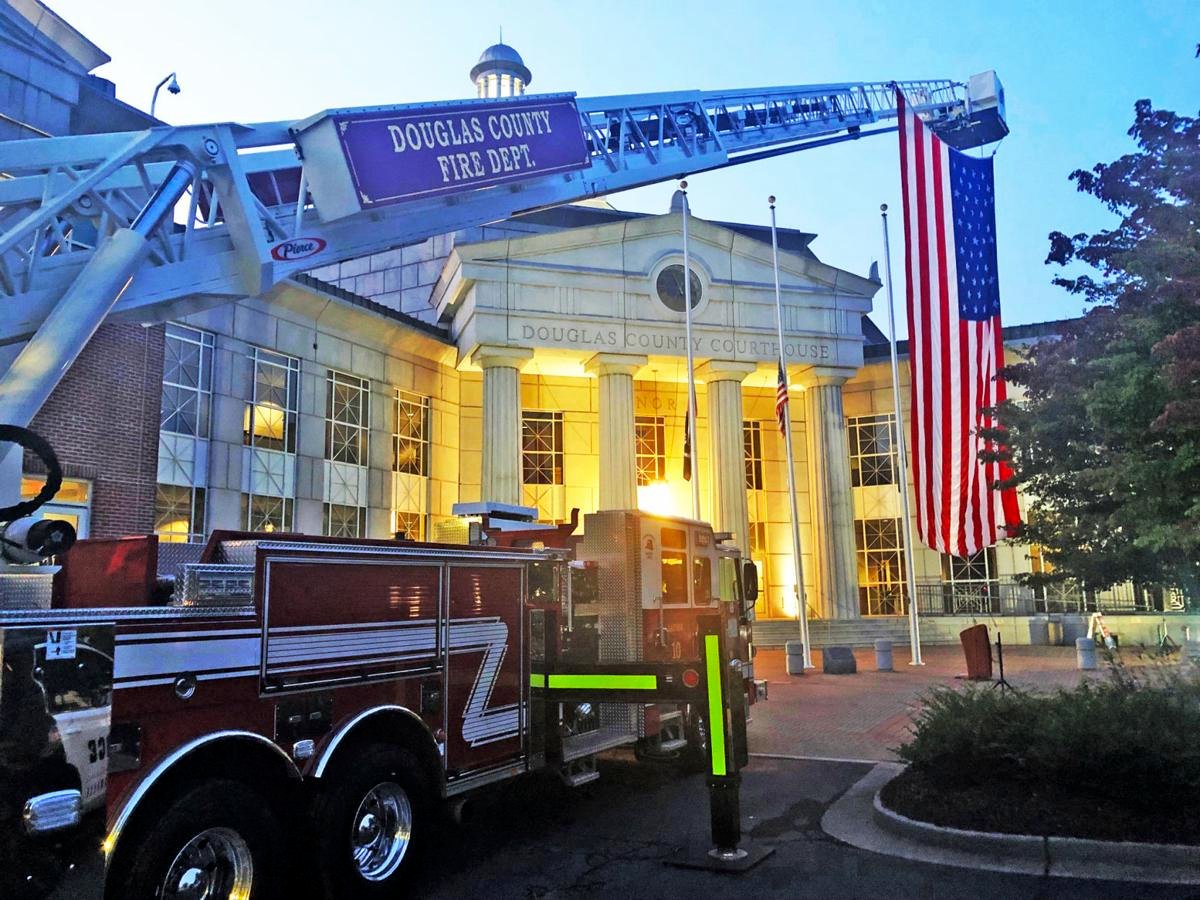 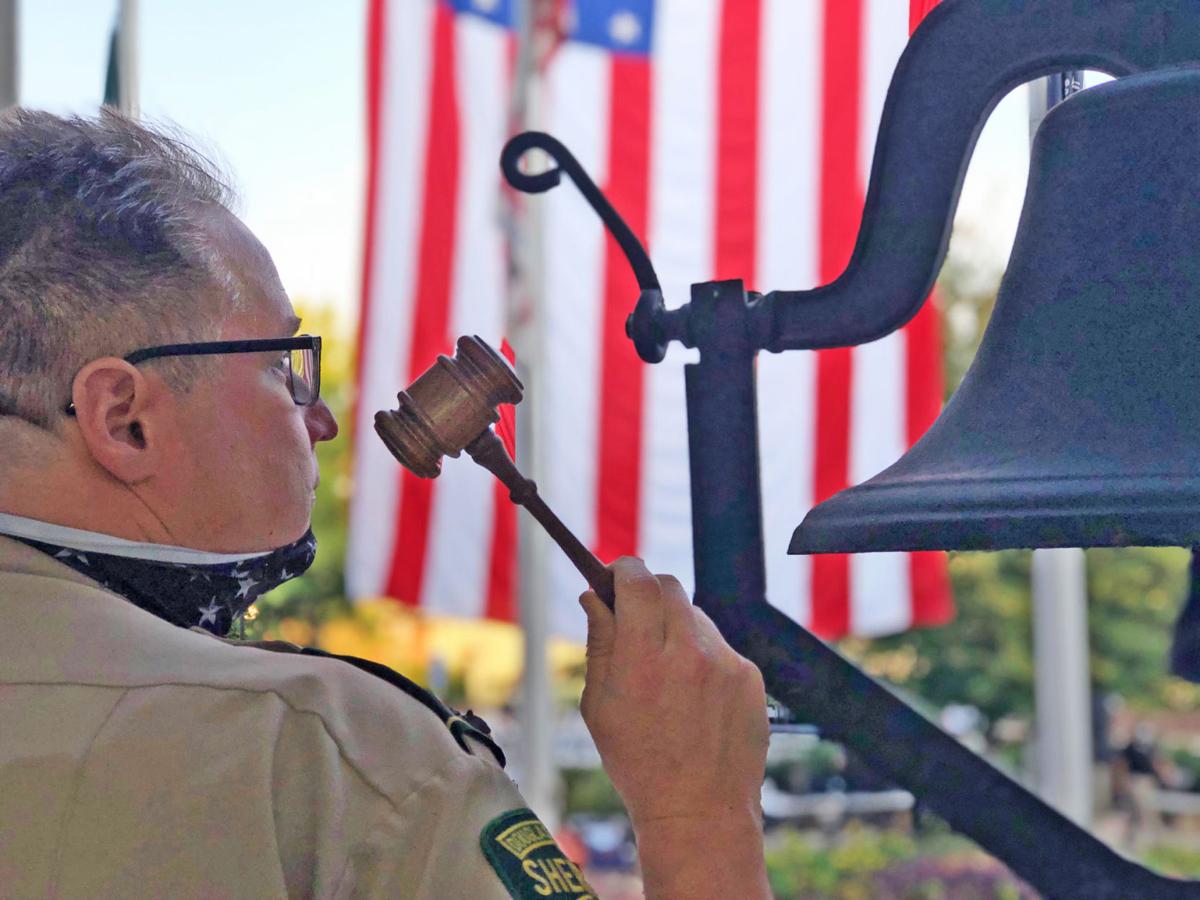 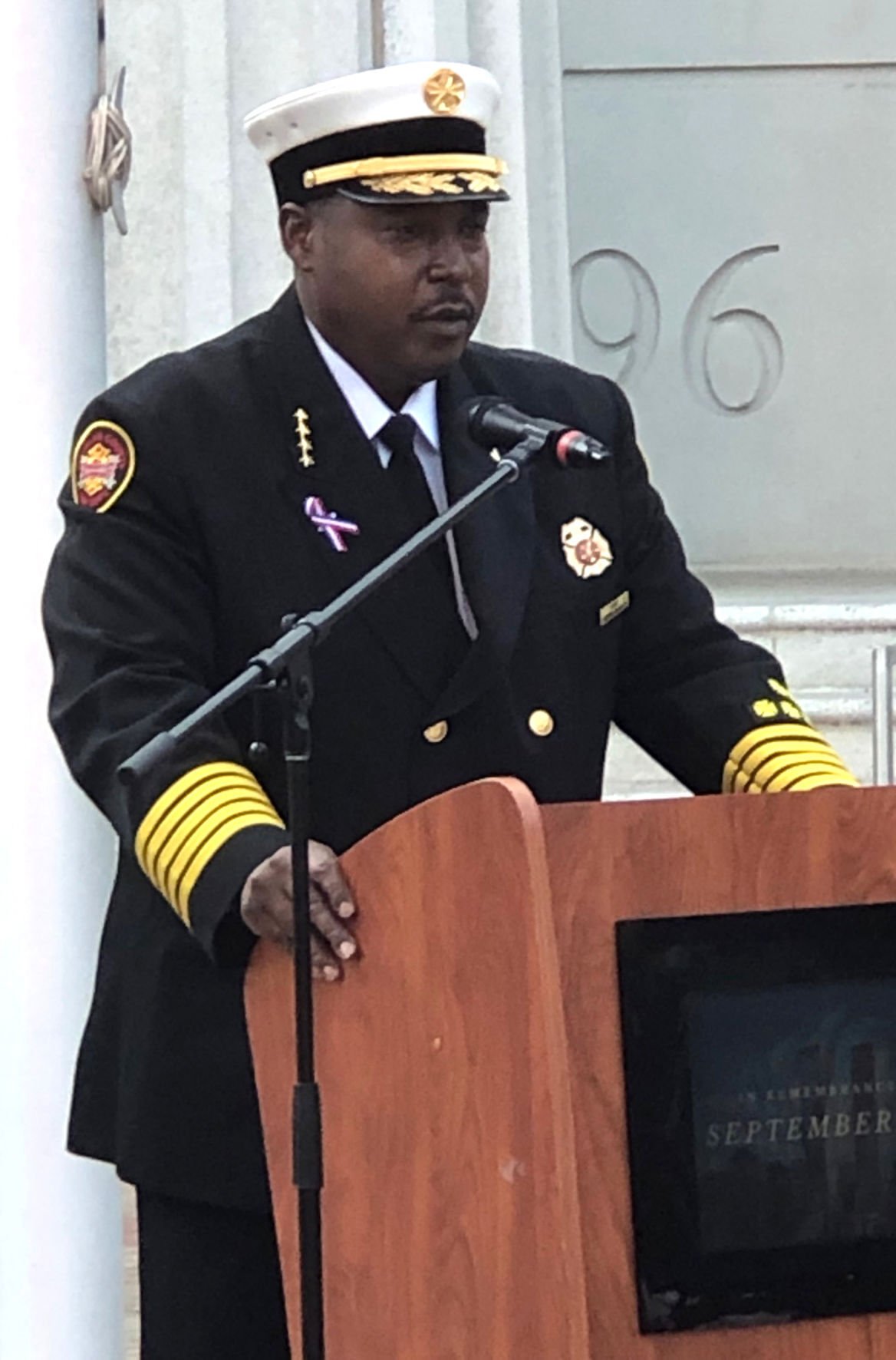 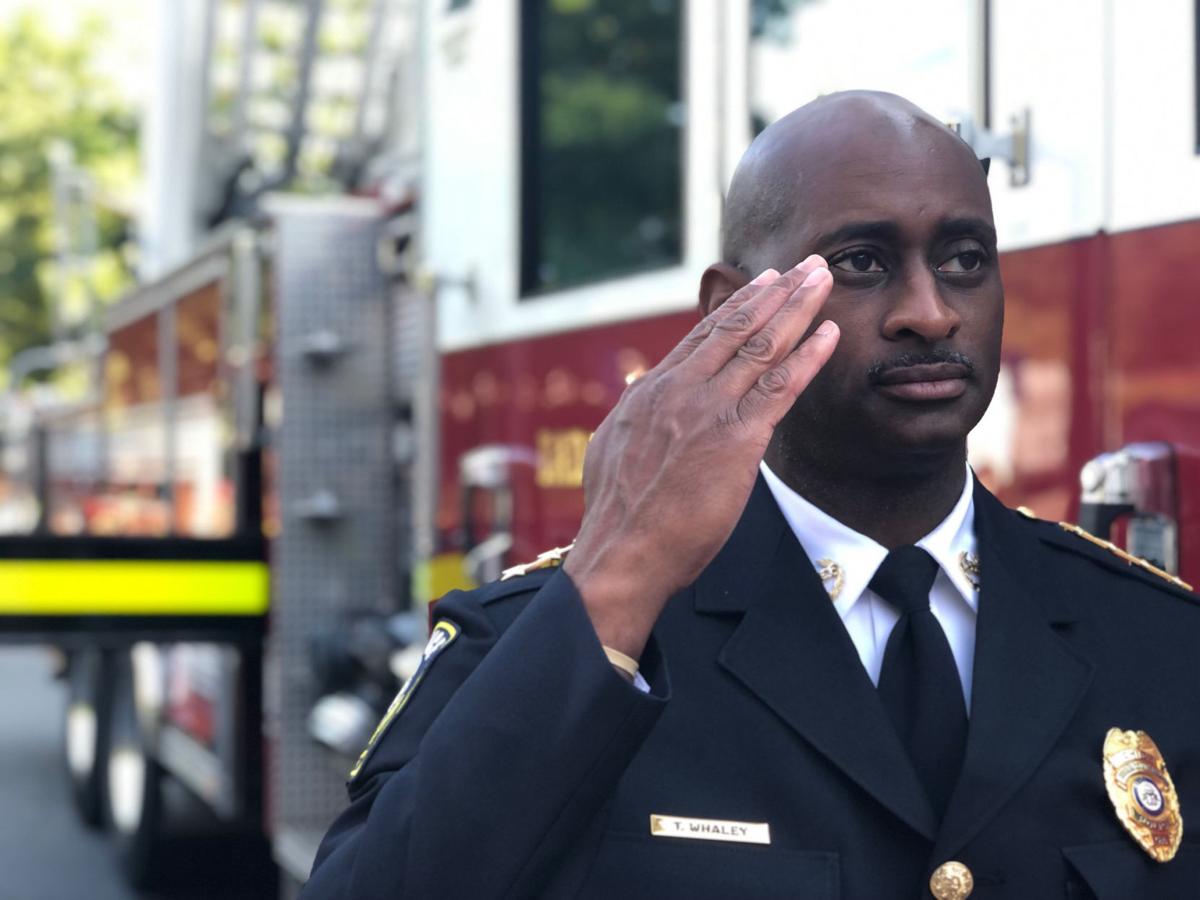 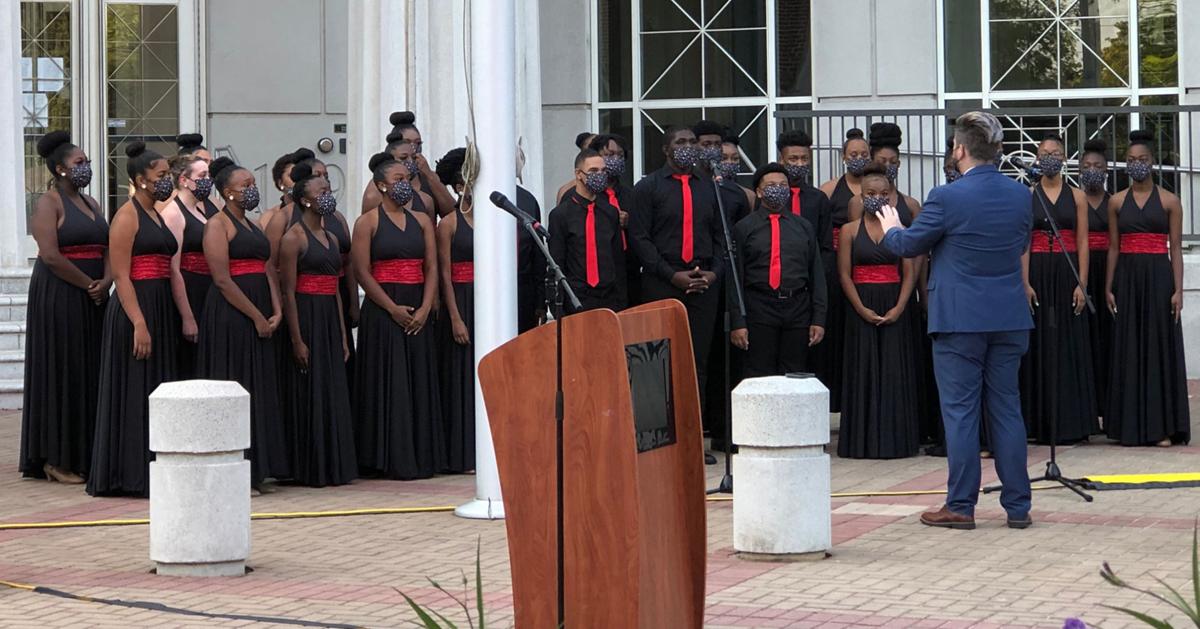 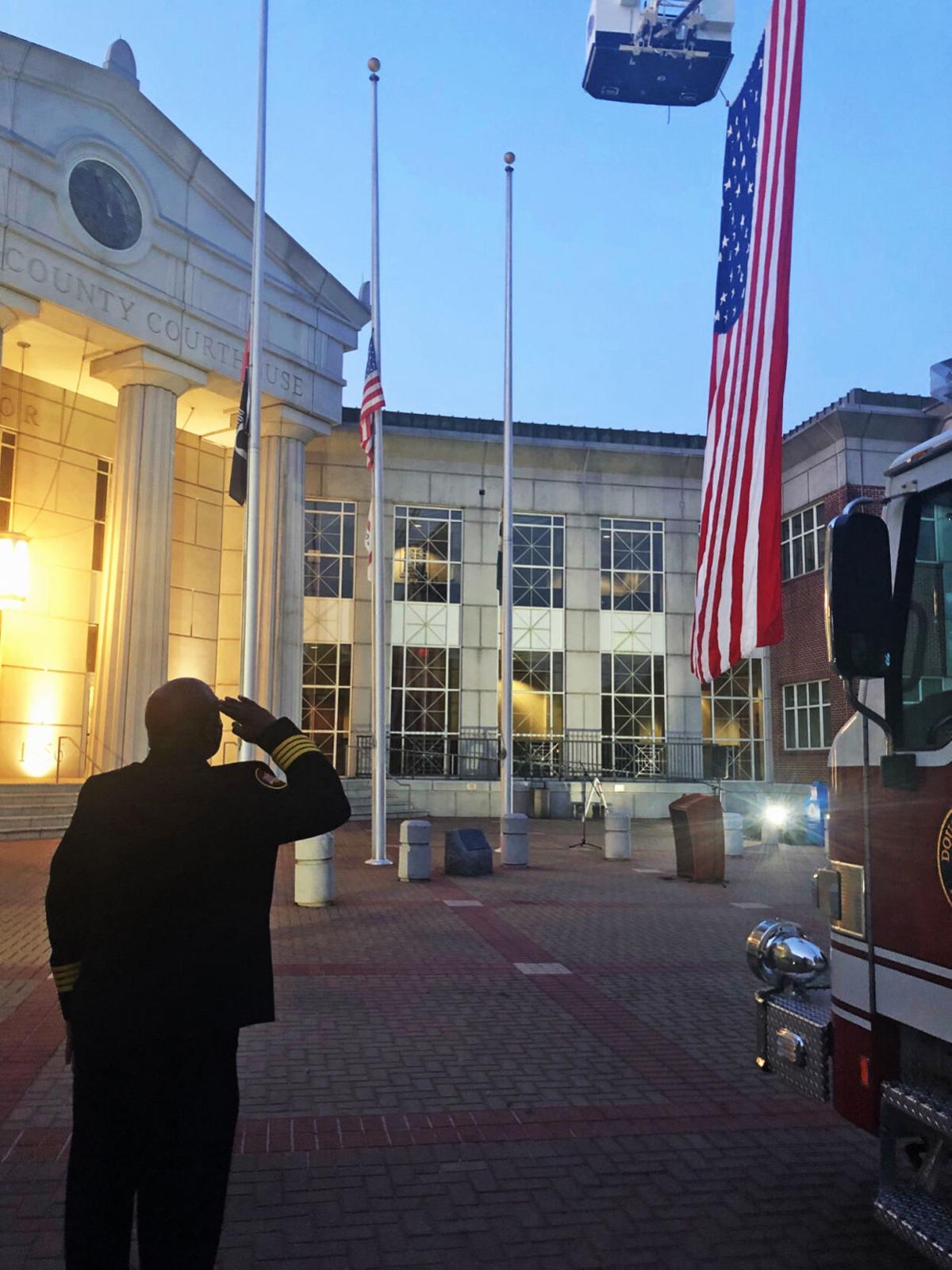 The weather for Saturday’s memorial ceremony in Douglas County for the 20th anniversary of the 9/11 attacks was as perfect as it was on Sept. 11, 2001, in New York.

As the morning sun was rising behind the Douglas County Courthouse, an enormous American flag was center stage after being unfurled at about 6:30 a.m. Held up by one of the county’s ladder trucks, the flag evoked American pride and unity for many in the crowd of the dozens of people who attended the roughly two-hour ceremony.

In times when the country seems so divided, the overwhelming theme for Saturday’s memorial was that now is the time for Americans to put all differences aside.

The Rev. Dr Edwin E. Ford of Crossroads for Life Ministries gave a fiery invocation that seemed perfect for the ceremony.

The national anthem was performed by the New Manchester High School Mastery Choir, which is led by Trey Gidden. Their rendition was moving, and later when they sang America the Beautiful, many attending got choked up.

Douglasville Mayor Rochelle Robinson spoke somber words of remembrance and encouragement. Douglas County Commission Chairman Romona Jackson Jones recanted feeling hopeless and helpless while watching the first responders on TV 20 years ago. Several years later Jones said she was drawn to visit New York and the 9/11 Memorial to see the names on the wall. Both Robinson and Jones are veterans.

Douglas County Schools Police Chief Tracey L. Whaley remembered trying to explain to his then 4-year-old what happened that day.

Douglas County Communications Director Rick Martin recalled being in a staff meeting in Washington, D.C., with a bank of monitors on the wall all showing those unforgettable images.

There was a constant theme among all the speakers of unity and never forgetting the people who lost their lives and the heroes who sacrificed everything.

The morning’s events were concluded by the playing of Taps by Dominick Perez from Alexander High School.