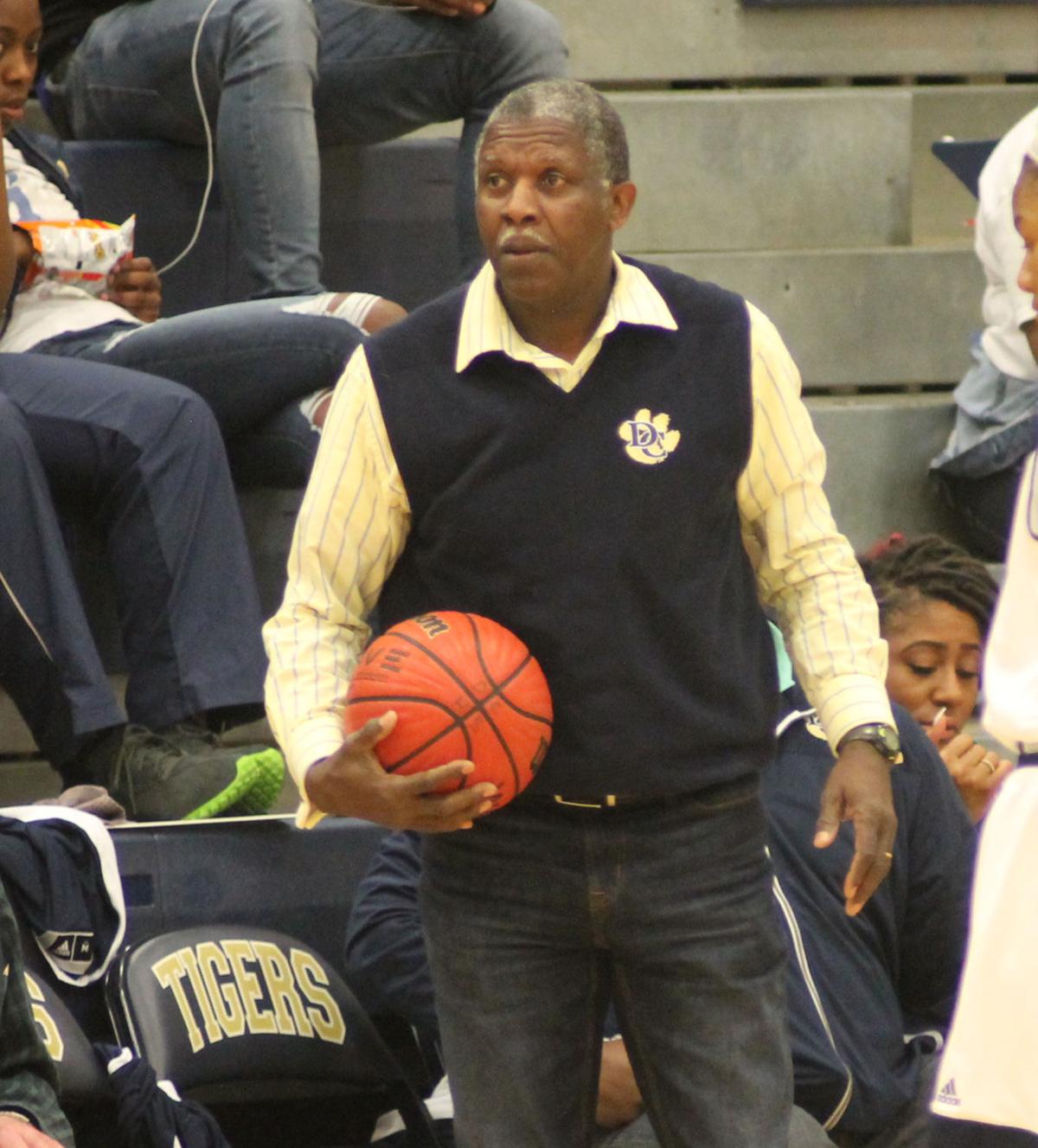 Douglas County High girls basketball head coach Chet Forsh is scheduled to begin his 42nd season on the sidelines on Tuesday as the Lady Tigers open the 2021-22 season.

Douglas County High girls basketball head coach Chet Forsh is scheduled to begin his 42nd season on the sidelines on Tuesday as the Lady Tigers open the 2021-22 season.

Chet Forsh has been pacing the Douglas County High basketball sidelines longer than some coaches he goes against have been living.

The veteran coach is scheduled to begin his 42nd season as the Lady Tigers’ head coach on Tuesday.

It will also be one of the youngest teams he has had in the over four decades that he has been on the bench.

“I can’t promise how well we will do, but I know they will play hard,” Forsh said.

There shouldn’t be any doubt that the Lady Tigers will be competitive, which has been a common trait for a Forsh-coached team that has produced over 700 wins.

The Lady Tigers have been to the state playoffs the last 14 straight years, the longest run of any county team — boys or girls. Douglas County has made three semifinal appearances under Forsh, the latest coming during the 2017-18 season.

While most of the coaches he started with have long been retired, Forsh says his love the game keeps him coming back.

“I don’t like basketball, I love basketball,” Forsh said. “I love working with young people.”

He began his 49th year of teaching in the Douglas County School System in August.

There doesn’t appear to be any slowing down for the coach.

“As long as my health, and my family’s health is good, I still want to be around,” Forsh said.

A native of Cherokee County, Forsh said he has lived in Douglas County the longest of any place. He said he loves the people and the county were he and his wife, Frankie, raised two daughters.

“Most people think I’m from here since I’ve lived here so long,” Forsh said. “I moved here when I was 22-years-old and fresh out of college.”

While there have been many changes to the county and basketball, Forsh still remains the same.

“I haven’t changed,” he said. “I have a certain way I want things done and I expect that out of my players. I expect them to show good character and citizenship. I want them to always to behave and have class.”

Molding good students and talented basketball players has kept Forsh among the most respected coaches in the state.

Two seasons ago with a young team with no returning starters, Forsh led the Lady Tigers to a quarterfinals appearance before losing to the eventual state champion on the road.

“I’m excited about this season,” Forsh said. “We have a young team. I’ve been very blessed with some good players and athletes.”

This article is part of a series being featured in the Sentinel each Thursday for the 'This is Douglas' campaign celebrating the people, places and businesses in Douglas County. Please send your ideas for future features to news@douglascountysentinel.com