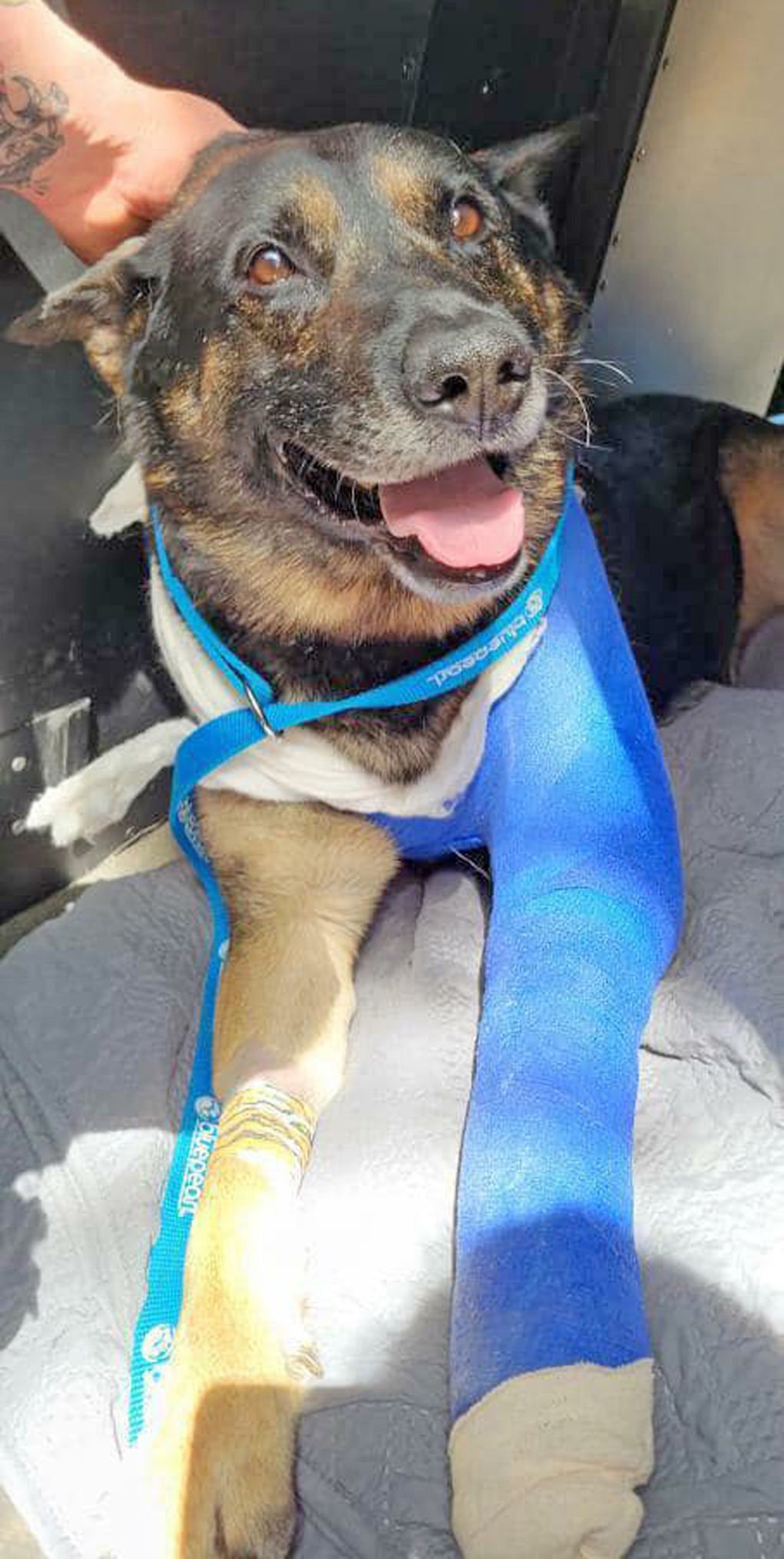 Austell Police K-9 Jerry Lee was released from a Sandy Springs pet hospital Tuesday. Jerry Lee was shot in the leg early Sunday morning during a manhunt in Douglasville. The Georgia Police K9 Foundation is raising money to help with medical expenses. 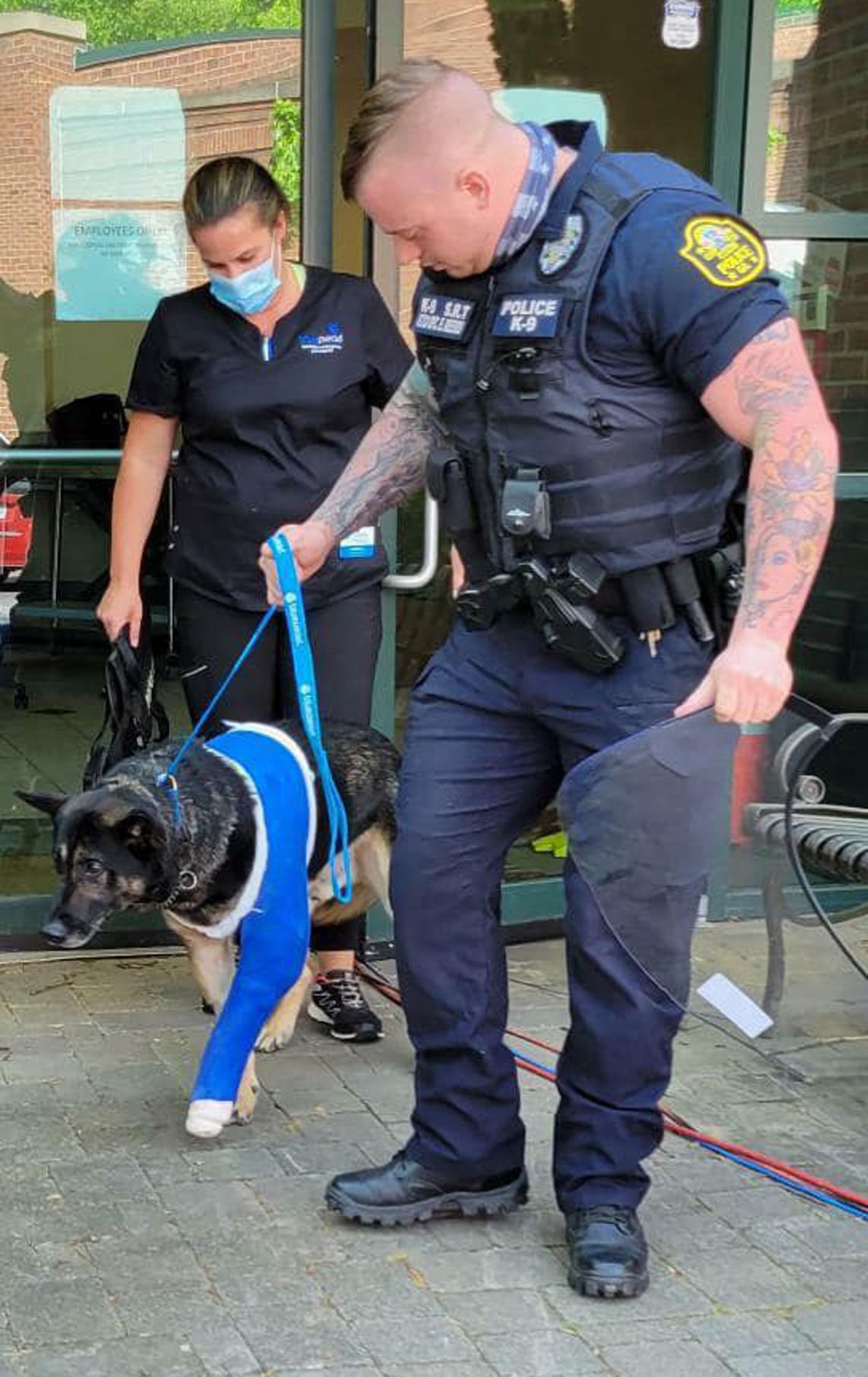 Austell Police K-9 Jerry Lee was released from a Sandy Springs pet hospital Tuesday. Jerry Lee was shot in the leg early Sunday morning during a manhunt in Douglasville. The Georgia Police K9 Foundation is raising money to help with medical expenses.

An organization is raising money to help pay for medical expenses for an Austell Police K-9 that was shot and injured during a manhunt Sunday in Douglasville.

The Georgia Police K9 Foundation has set up a “K9 Jerry Lee Medical Fund.” Jerry Lee”helped track down a man who ran on foot to avoid a driver’s license and safety checkpoint set up by the Douglasville Police Department just after 2 a.m. Sunday on Chapel Hill Road.

The man was identified Wednesday by the Georgia Bureau of Investigation as Dequan Cortez Glenn, 24, of Atlanta. The manhunt ended when the Douglas County Sheriff’s SWAT Team heard a gunshot behind Hooters on Douglas Boulevard at about 5:08 a.m.

A gun was found near Glenn’s body. The GBI said Wednesday that preliminary autopsy findings show that Glenn’s fatal injury was from a self-inflicted gunshot.

Glenn shot Jerry Lee once in the front leg early in the manhunt, around 2:30 a.m., Austell Police Chief Bob Starrett told WSB-TV. The K-9 had surgery at BluePearl Pet Hospital in Sandy Springs on Monday. He was released Tuesday afternoon and will recover at home with his handler, K-9 Officer E. Reeves.

Reeves told the TV station that he ran into fire to save Jerry Lee and drug him over 100 feet to safety.

“He took a round for me and saved my life that night,” Reeves told WSB.

The pet hospital told WSB Jerry Lee’s working days are over. The Austell Police Department said on Facebook “Jerry Lee has a long road to go.” He will live with Reeves in retirement.

Austell Police Deputy Chief Natalie Poulk provided the Sentinel with a link to information to assist with Jerry Lee’s expenses.

Donations to help through the Georgia Police K9 Foundation can be made online at K9 Jerry Lee Fund: https://secure.affinipay.com/pages/k9foundationga/payments.

Other payments can be made by: