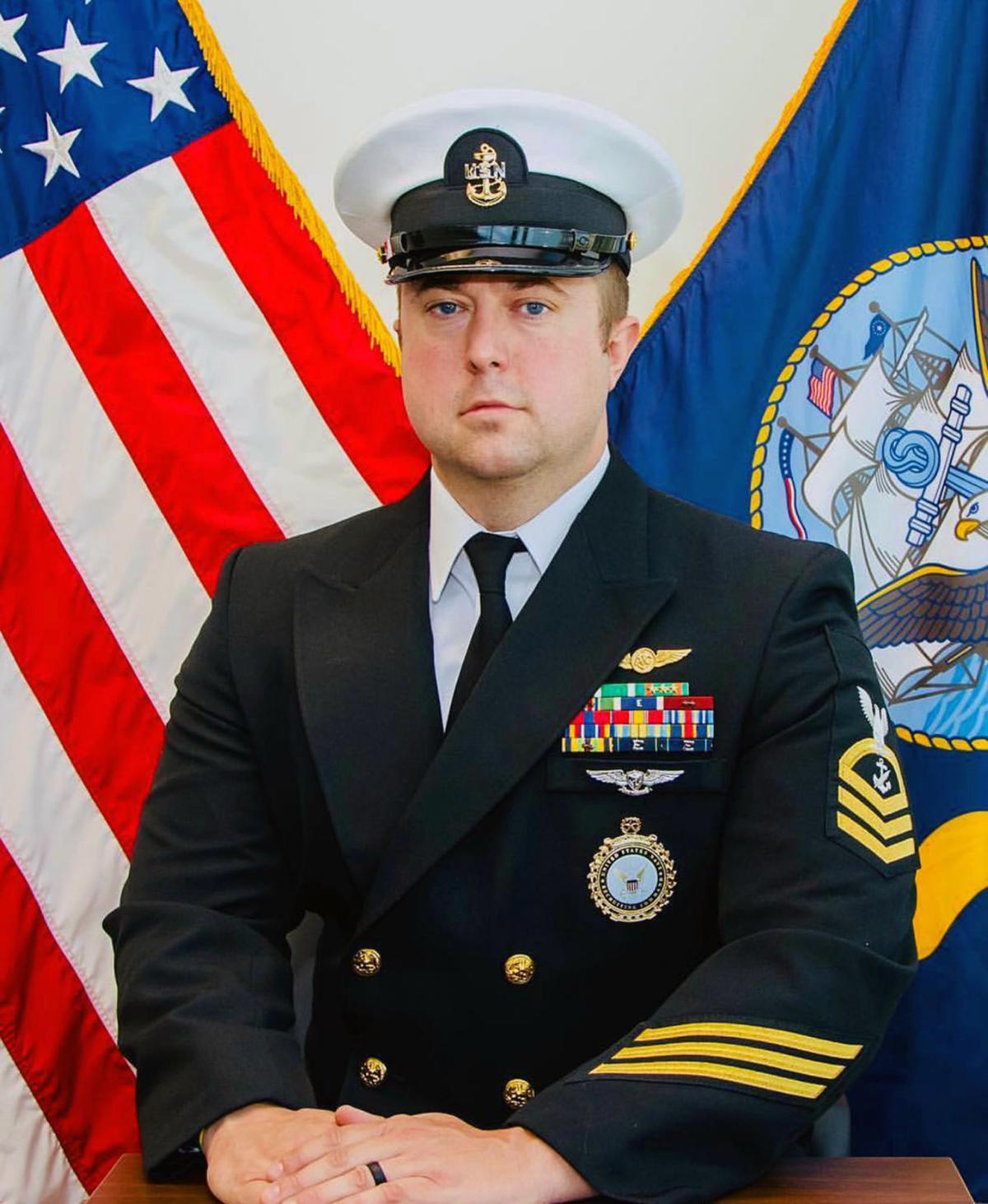 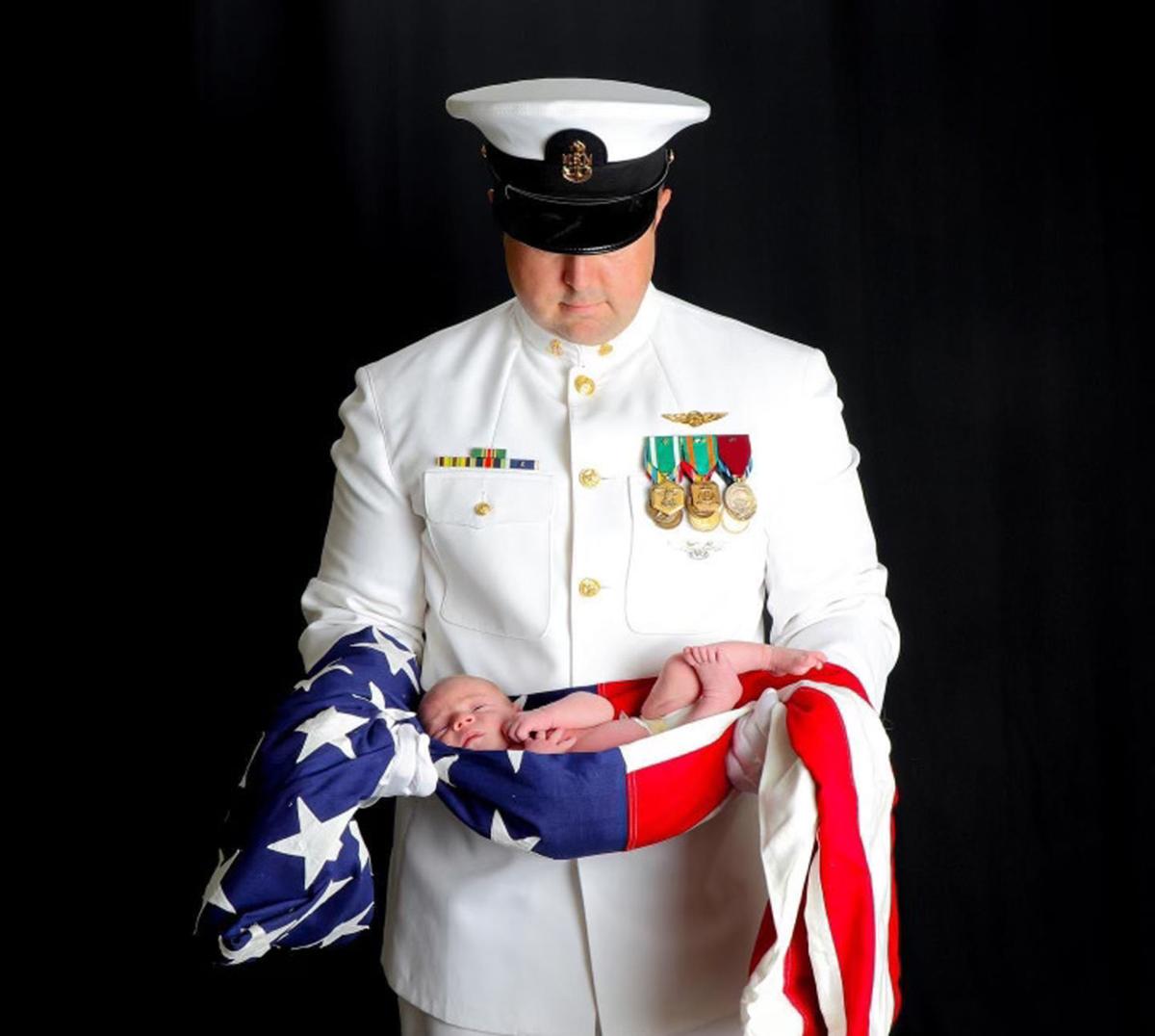 Douglasville native Joshua Hammonds holds his son, Walker, who is draped in an American flag.

Douglasville native Joshua Hammonds holds his son, Walker, who is draped in an American flag.

While watching then-President George W. Bush make a speech before Congress after the Sept. 11, 2001, terrorist attacks, Joshua Hammonds turned to his mother and told her he was joining the military.

An 18-year-old senior at Alexander High at the time, Hammonds felt the call to duty as he watched in horror the replays on TV of the highjacked planes crashing into the World Trade Center.

“I remember during that speech from President Bush, I told my mother I wanted to join the military,” he recalled. “Everybody took 9/11 different. I had never seen our country not know what to do. My mother tried to beg me not to do it.”

Hammonds was an only child being raised by a single mother.

Eventually Connie Hammonds gave in, and Hammonds enlisted in the Navy following graduation.

He graduated from air crewman school on Sept. 11, 2003, and launched his military career.

Hammonds has risen to the rank of chief petty officer, and has served the last 17 years in the Navy.

“What happened on Sept. 11 was a driving force for me,” said Hammonds, who is currently stationed near Memphis, Tenn. “I always felt that I was going into the military, but I was more determined after the attacks.”

As the country commemorates the 20th anniversary of the worst terrorist attack on American soil, Hammonds still remembers the day.

He had just gotten finished with gym class and was walking past his football coach’s office.

He saw a replay of the second plane crashing into the South Tower of the World Trade Center.

“At the time, I thought it was live,” he said via cellphone earlier this week. “My reaction as an 18-year-old was that it wasn’t an accident. I prided myself on history and keeping up with current affairs when I was in high school.”

As he walked through the halls of the school, Hammonds still remembers the look on the teachers’ faces.

“Seeing the reaction of the adults at the school still sticks with me,” Hammonds said. “I never want to see it again. I never saw so many adults afraid. It was then that me and thousands of other young men and women decided what we wanted to do.”

Entering his 17th year in the Navy, Hammonds said each year Sept. 11 is a reminder of why he joined the military.

“It is a yearly reminder of why I do this,” Hammonds said. “It has been a roller coaster ride in moving my family around, but I know why I do this. I’ve always been patriotic and loved this country. This country is the best flawed nation in the world. Young men and women everyday join the military. I want to do my part.”

He has been married the last 10 years and has three children.

“I felt I’ve done enough time in the military for everybody (in my family),” Hammonds said. “But if one of my kids comes to me and says they want to serve, I will understand.”

Although Connie Hammonds was reluctant about her son joining at first, he calls her “the biggest Navy mom you will ever meet.”