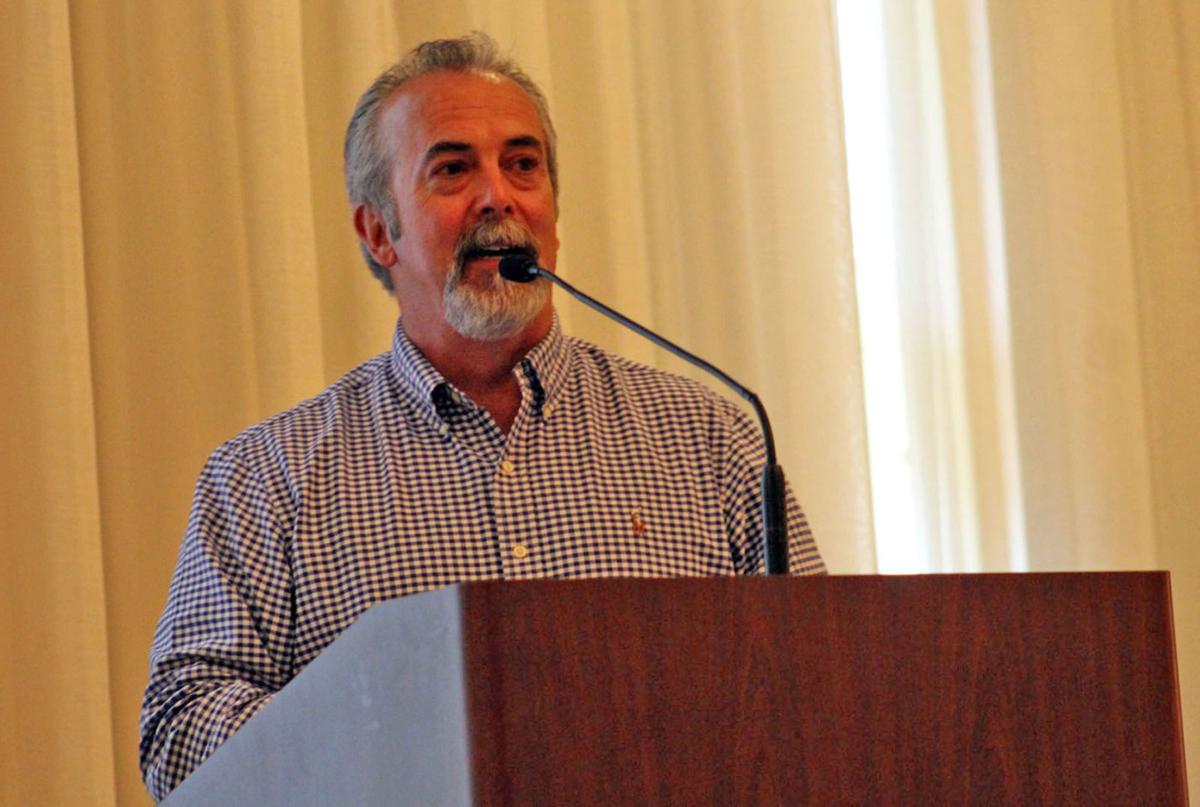 James Harper spent most of his life living in a big city.

When he accepted the senior pastoral position at First Presbyterian Church, it was a change of pace.

A Houston, Texas, native, Harper has grown to love the slower pace that Douglasville has offered him and his family.

“There is a major difference, but we love it here,” Harper said. “There are some similarities and we take advantage of some of the things that Atlanta has to offer.”

However, for the most part, Harper said he enjoys the small-town feel that is Douglas County.

“We have raised three daughters here, and made this our home,” Harper said. “We feel there is great leadership here in the city. I’m confident in the leadership and the plans they have for the future.”

Harper said he is an extrovert, and Douglas County fits well into his outgoing personality.

“I love people, and interacting with people,” he said. “There is hardly anywhere that I can go in Douglas County and not see anyone that I know.”

He is an avid sportsman and loves working out. He has the same daily workout routine at a local gym.

“It’s a great place, and I have great conversations with people,” Harper said.

He regularly works out with Crossroads senior pastor Greg Towler. The two churches put on a “Night To Shine,” which is prom for individuals with special needs.

Harper is entrenched in the community and participates is several civic organizations.

He says being a part of the community is an outreach to his ministry.

“I love to network, I’m not an introvert. I want to be a big part of what makes a difference in lives and you have to be involved in the community. I want to help people to flourish and thrive. I want to see them grow spiritually and physically. I want to help lead them to Christ.”

Before answering the calling to ministry, Harper was a geologist in Texas. He earned his undergraduate degree at Baylor and master’s at Texas A&M.

“It’s her ministry and calling,” Harper said. “She is the glue that holds this family together. She and my kids are the best thing on earth.”

This article is part of a series being featured in the Sentinel each Thursday for the 'This is Douglas' campaign celebrating the people, places and businesses in Douglas County. Please send your ideas for future features to news@douglascountysentinel.com