Sign Up
Log In
Purchase a Subscription
You are the owner of this article.
Edit Article Add New Article
You have permission to edit this article.
Edit
Home
News
Sports
Community
Opinion
Obituaries
Your School
e-Edition
Classifieds
Forms
Subscribe
Share This
1 of 5 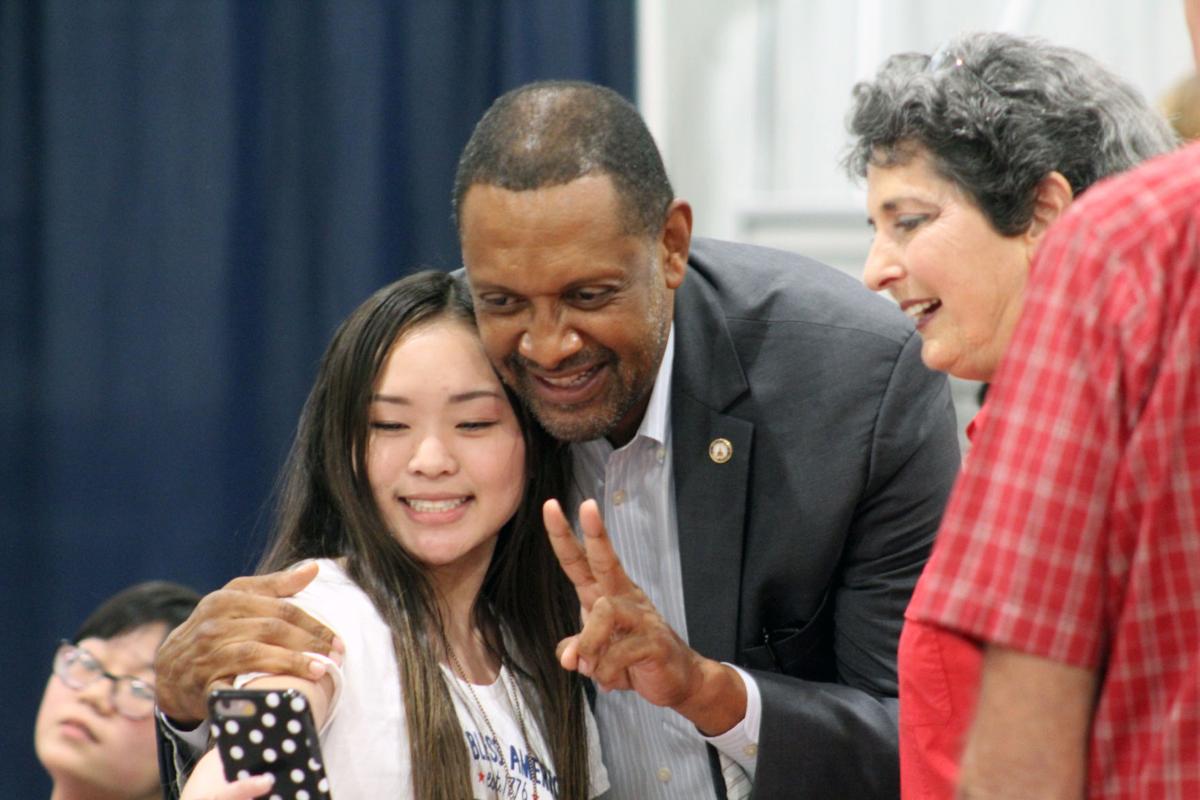 Georgia Republican gubernatorial candidate Vernon Jones takes a selfie with a young lady during a campaign rally on Tuesday at West Metro Church of God in Douglasville. 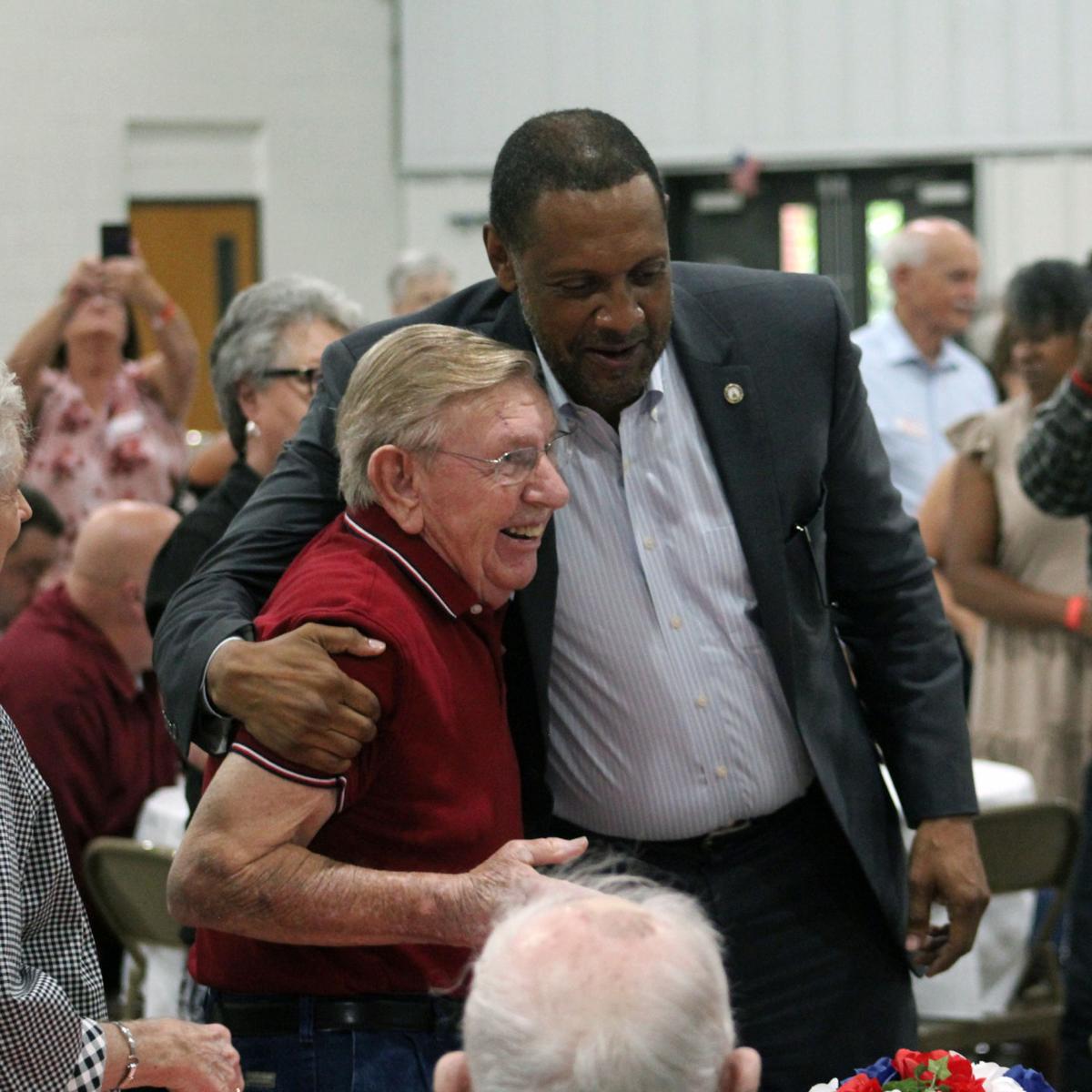 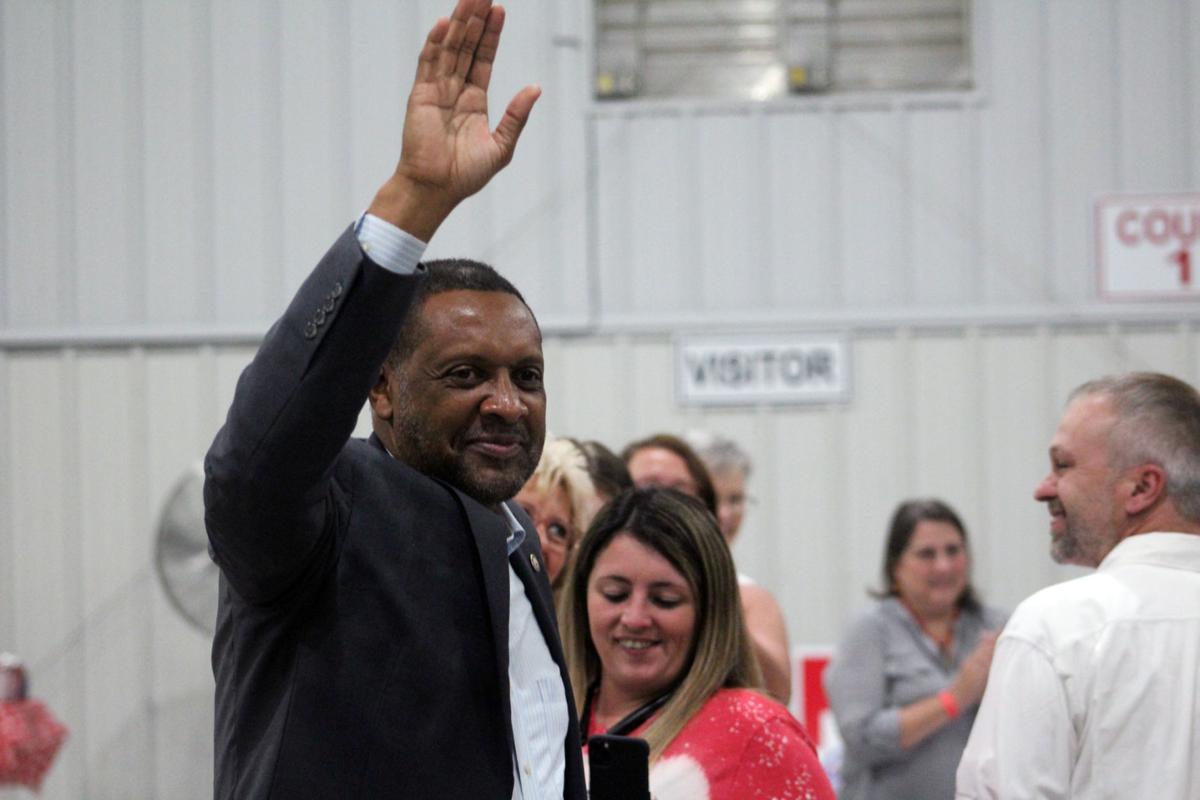 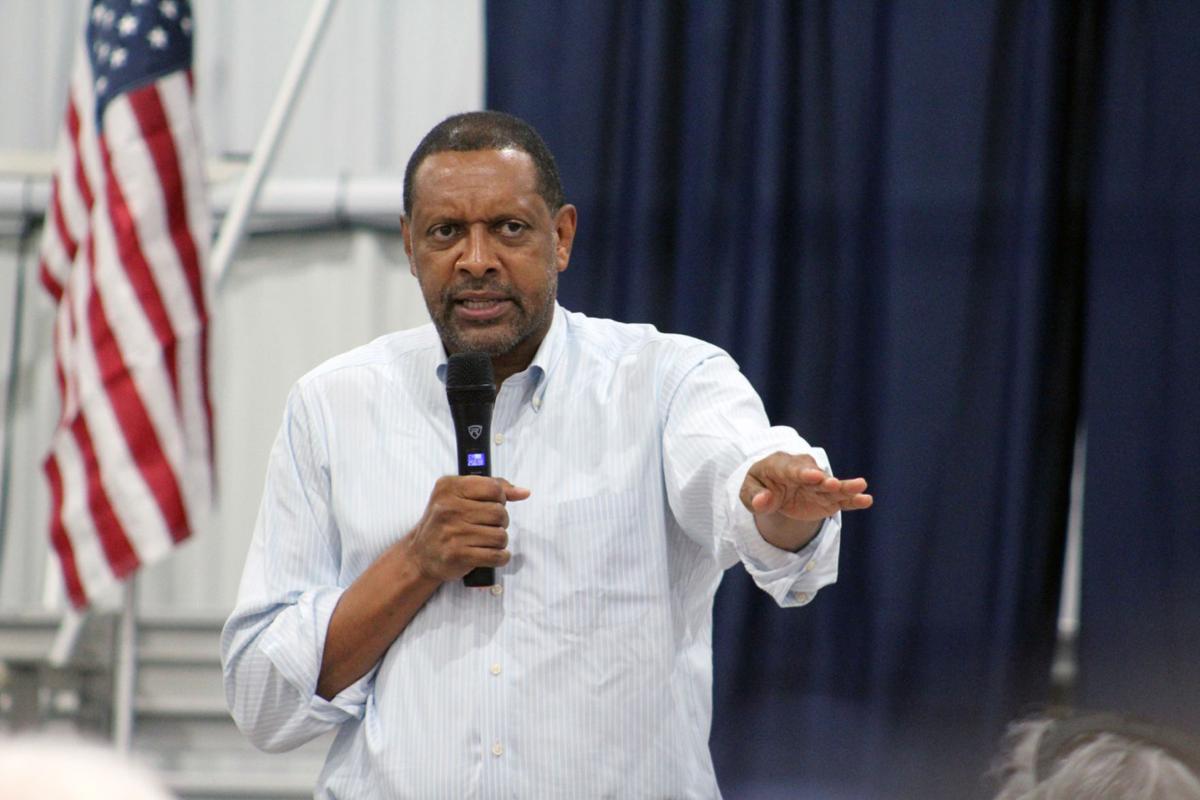 Vernon Jones told the crowded room at his campaign stop in Douglas County on Tuesday that President Joe Biden is ‘”brainless’ ” and “just there.” 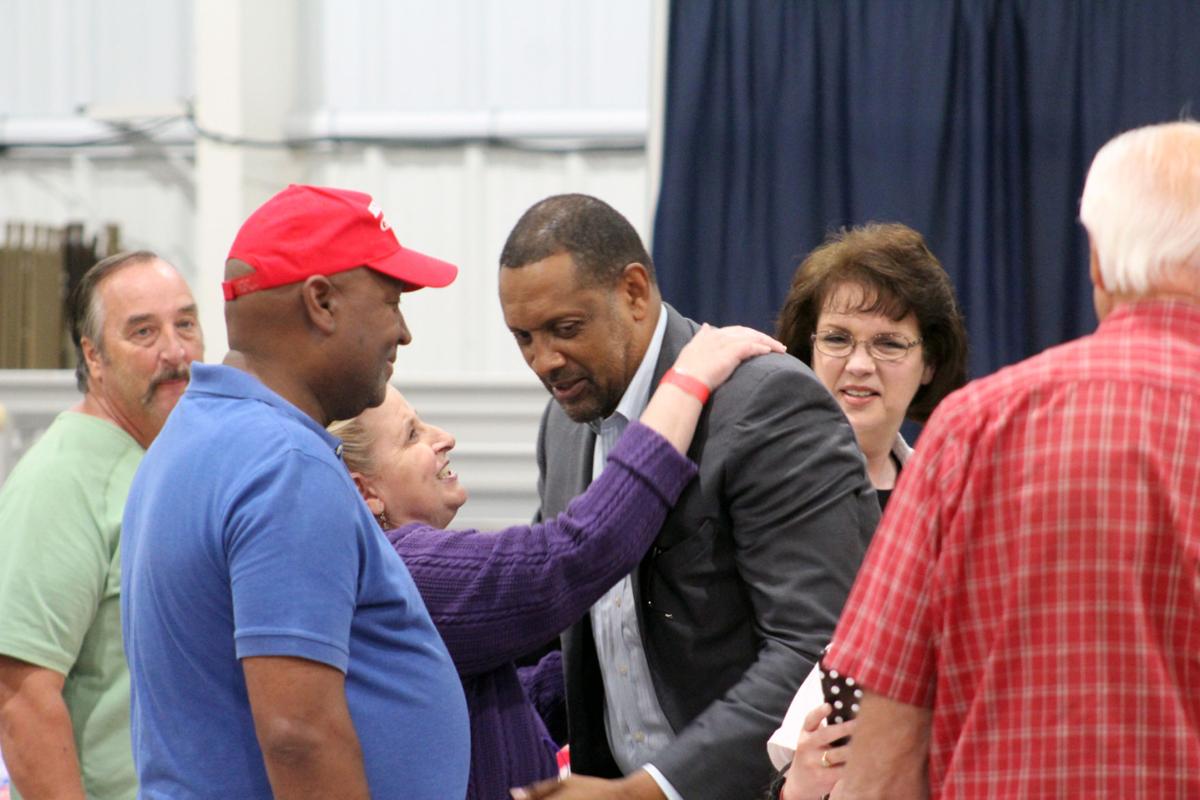 Georgia Republican gubernatorial candidate Vernon Jones takes a selfie with a young lady during a campaign rally on Tuesday at West Metro Church of God in Douglasville.

Vernon Jones told the crowded room at his campaign stop in Douglas County on Tuesday that President Joe Biden is ‘”brainless’ ” and “just there.”

As Lee Greenwood’s “God Bless the USA” played in the background, Vernon Jones made his entrance Tuesday evening into the gymnasium at West Metro Church of God in Douglasville.

With his arm raised, Jones began shaking hands and hugging attendees in the capacity crowd.

He stood up on a chair and started singing the lyrics as he worked his way to the front of the room.

The event Tuesday was put on by the Douglas County Georgia Republican Women’s Club.

Jones is a Republican who is trying to primary incumbent Gov. Brian Kemp next spring.

He spoke for nearly 45 minutes and then held a question and answer session with the close to 150 people in attendance.

“I’m Vernon Jones,” he said. “I’m a Christian. I’m a country boy. I’m an NRA card-carrying member. I’m proud to be an American. I hope that flag means something to you.”

He proclaimed that Georgia is still a red state despite the fact that voters sent two Democrats to the U.S. Senate in January and President Joe Biden garnered more votes than incumbent Donald Trump in last year’s election.

“I was raised by conservative parents who never complained,” Jones said. “I had four brothers to serve. I grew up a patriot.”

Before Jones spoke, candidates for the upcoming Douglasville City Council election spoke to the crowd.

Incumbent Ward 2 Post 1 Councilwoman Nycole Miller, who is up for reelection, was joined by two challengers in other council races up this year — William Golden and Charles Lollar.

Nicole Jones, who plans to run for the nonpartisan Superior Court judge seat being vacated by retiring incumbent Judge David T. Emerson next year, was also at the rally Tuesday.

Golden, who is challenging Ward 1 incumbent Councilman Terry Miller, came with a message for the crowd about Arbor Place Mall.

“If elected, I will revitalize that mall, and it will not cost any tax dollars,” he said.

Ward 2 Post 2 Councilman Mark Adams, who is not up for reelection this year, was also in attendance along with Douglas County Commissioner Ann Jones Guider. Neither of them spoke during the rally.

Jones, a former state Representative, spoke about his “Contract With Georgia,” which includes authorizing a full, statewide “forensic audit” of the 2020 presidential election. He also said he would also require all public schools in Georgia to recite the Pledge of Allegiance daily.

Jones also addressed why he switched to the Republican party after being a Democrat during the previous years he held public office.

“I didn’t leave, my part left me,” Jones said. “You have to understand, I was once blind, now I can see. They created that cancel culture. If you don’t think like them, they don’t want you. The reason I’m here is to take back the state.”

Jones has been a critical of Kemp.

“Gov. Kemp is a nice person,” Jones said. “He has a nice family. One thing I wouldn’t do is vote for him again. Stacey Abrams lost the election and she cried fraud. Brian Kemp gave into her. He kept those drop boxes in the new voting legislation. He was scared of her.”

Jones said he is ready to “roll up his sleeves” and fight for the citizens of Georgia.

“What they did was steal that election,” Jones said. “I’m looking for some patriots.”

He continued: “Every thing that Joe Biden has touched has turned into —,” he said before pausing. “I’m sure I’m making some liberals mad. Joe Biden has no brain. He is just there.”