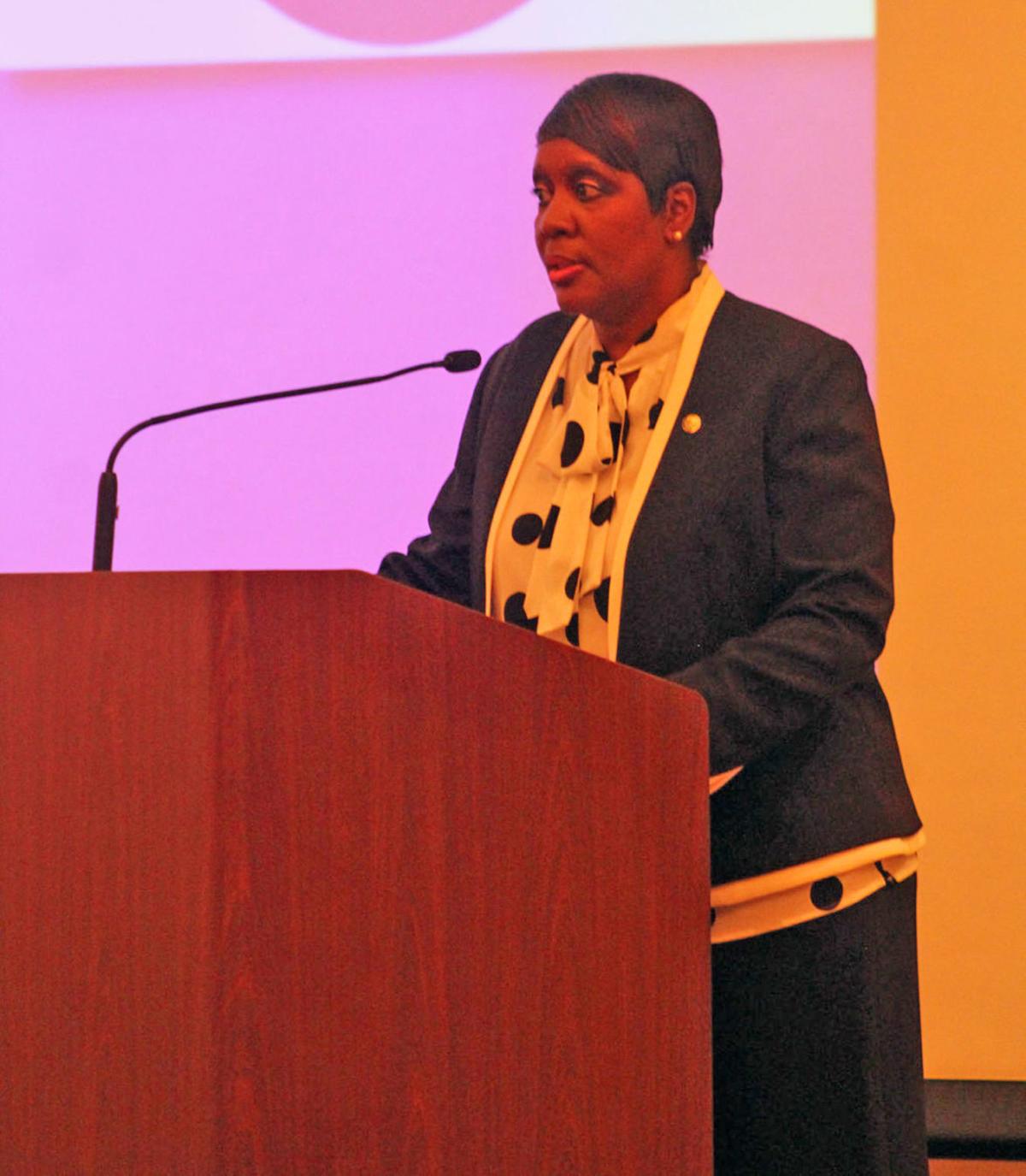 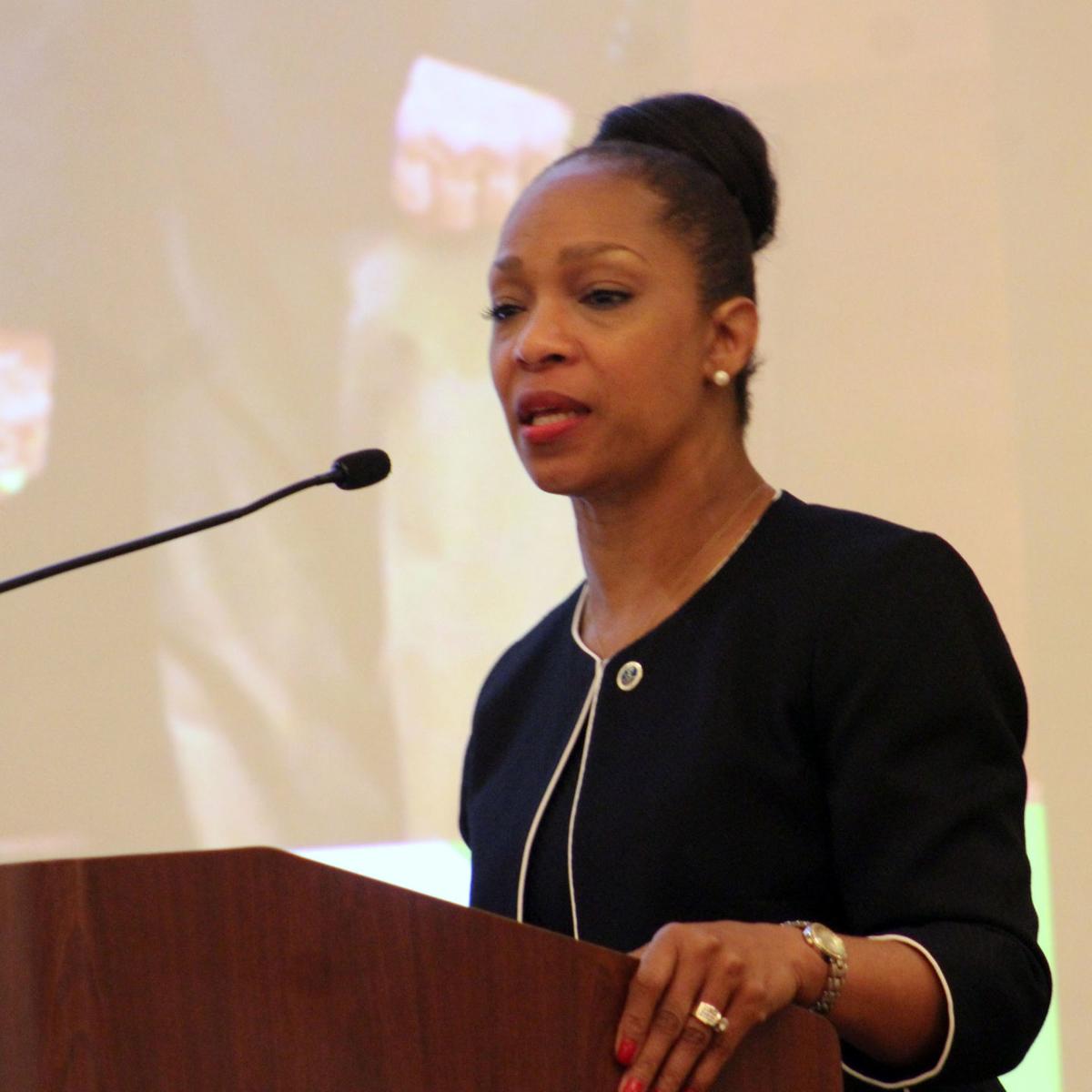 Douglasville Mayor Rochelle Robinson gives an update on city projects during her State of Douglasville address on Wednesday afternoon.

Douglasville Mayor Rochelle Robinson gives an update on city projects during her State of Douglasville address on Wednesday afternoon.

Both Douglasville Mayor Rochelle Robinson and Douglas County Commission Chairman Romona Jackson Jones acknowledged there were some struggles, but emphasized the city and county had fared well during pandemic.

Both made remarks Wednesday afternoon in an in-person and virtual Fourth Annual State of Douglasville-Douglas County address at the Douglasville Conference Center.

The event was hosted by the Council for Quality Growth and Douglas County Chamber of Commerce.

Both government leaders highlighted the growth and ability to remain vibrant during the COVID-19 pandemic.

“The city never shutdown,” Robinson proclaimed during her speech. “We did use some of our reserves, but we still have a healthy fund balance.”

“My message comes from a place of hope and optimism and I congratulate each of you on your vital role in guiding our steps into what the future will demand to overcome the most unprecedented public health crisis in modern history,” Jone said. “Today, I stand before you to deliver my Fourth State of the County address to proclaim the status of a new normal in which none of us were prepared to experience. Together we are building a recognizable vision that thrives on the prosperity of diversity and differences to represent a symbol of unity as we lead excellence in the state of Georgia.”

Jones highlighted that the average home price is up 7% and that there has been steady growth in the county since 2014. She said the average home sales started at a base price of $215,000, and that the growth in median household incomes in Douglas County from 2013-2018 increased by 21%, outpacing the U.S. at 18.5% and slightly less than Georgia at 22.8%.

She pointed out that the crime rate in the county is down.

“Distinguished Douglas County citizens, thank you for trusting in my leadership; it is with profound pleasure to announce the state of Douglas County government is good,” Jones proclaimed.

Robinson thanked law enforcement for a low crime rate over the past year.

“I hope to keep the crime rate down,” she said.

She said that 191 streets have been resurfaced within the city limits because of the 2016 SPLOST.

“Citizens, your penny is at work,” said Robinson, who noted that the Highway 92 Project should be completed by the fall.

“Fairburn Road needs a facelift, and we are going to give it [one],” Robinson said. “We just need to wakeup Fairburn Road.”

Jones pointed out that construction for residential, commercial and industry was up.

“Construction is robust through-out the county and our brand is resonating with new Gateway Signage, landscaping and interstate ramp lightening along I-20 declaring Douglas County is open for Business,” Jones said.