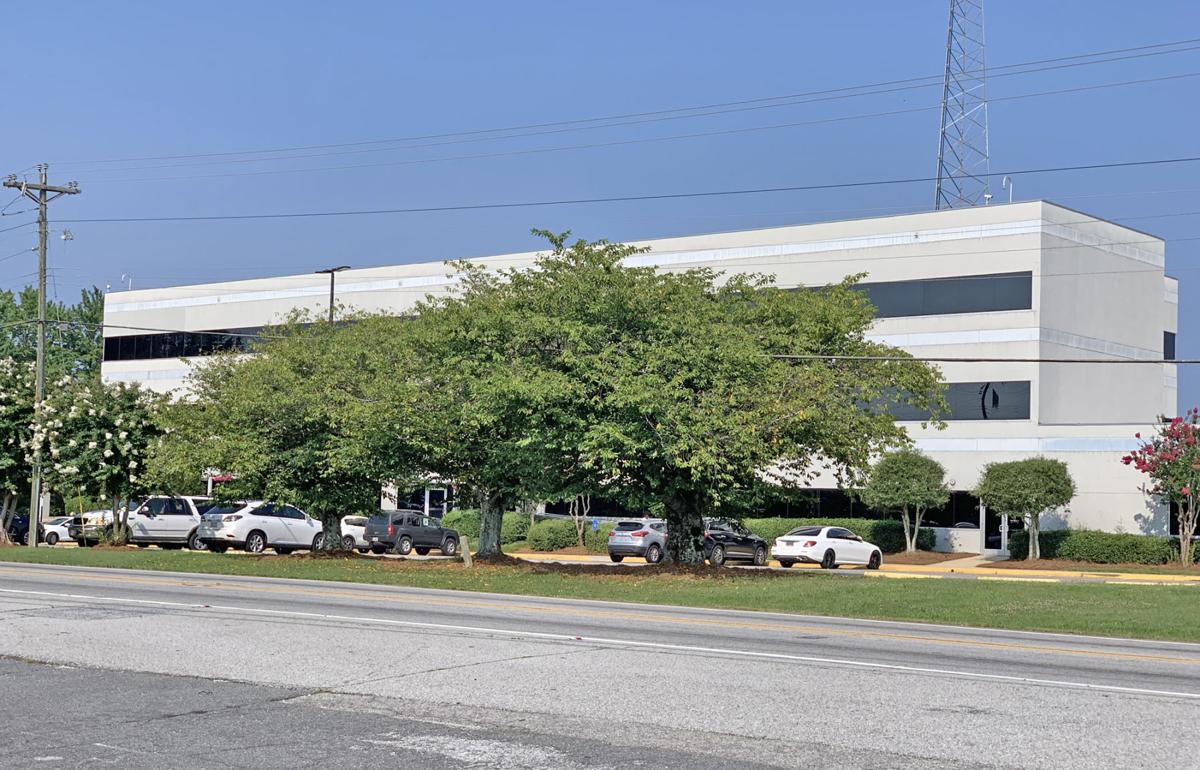 The Douglas County School System sign sits at the corner of Veterans Memorial Highway and Burnt Hickory Road. The school system hopes to have all renovations at its new central office completed by the end of the year.

The Douglas County School System sign sits at the corner of Veterans Memorial Highway and Burnt Hickory Road. The school system hopes to have all renovations at its new central office completed by the end of the year.

The Douglas County School System is working to put the finishing touches on its new central office by the end of the year.

The school system started moving into the new facility — located in the old GreyStone headquarters on Veterans Memorial Highway — back in February. DCSS purchased the facility from GreyStone Power last October for $12.5 million.

The other departments moved in around May 14, Carr said, after the building was deep-cleaned, hallways were painted and some asbestos remediation on the first floor was taken care of.

Carr noted a new sign has been installed out front at the corner of Veterans Memorial and Burnt Hickory.

The Board of Education on July 19 approved spending $2 million of SPLOST funds to reconfigure the old auditorium adjacent to the parking deck. Carr said the auditorium will be split into two rooms — a boardroom and a room for professional learning.

“It will look more like the board room that the city uses with fixed seating, so it will be more formal in nature, way more formal than the one we have vacated at the old building,” Carr said.

Carr said the school board’s last meeting at the old central office at Highway 5 at Gurley Road was July 19. He said there will be a temporary setup for the school board to hold meetings beginning Monday until the new board room is ready around the end of the year.

Across the hallway, DCSS is redoing the human resources section of the building. Carr said HR is temporarily housed on the first floor while the old credit union portion is converted for human resources.

“It’s just a natural fit there,” he said.

The school board also approved spending $200,000 in SPLOST funds for a solar array and battery storage system, with a grant the district expects to get reimbursing 75% of that cost.

Carr said solar cells will be installed on top of the district’s warehouse at the new central office and the energy will be stored on the ground level next to the warehouse.

“The purpose of having the solar energy stored is if there’s ever any disaster or if all of the power in Douglas County happens to go out, we will have a backup system,” Carr said. “Not to the whole central office, but to a very small portion of the central office. It will enable us to continue our communications with the district. If we are in school and need to communicate we will still be able to maintain our communication. Much like when Snowmageddon happened and we lost a lot of communication and we couldn’t talk in some instances, we’re trying to be proactive and alleviate that from happening again by making sure we have backup power.”

The school system plans to demolish the old central office, which was located in a converted warehouse built in the 1970s that was purchased by DCSS in 1986. An arena that can host graduations will be built on the site.

Carr said a realistic goal for the new graduation arena to open is January of 2024.

While the idea of building an arena that could host indoor track and be used for graduations has been bounced around, Carr said the “offseason” use for the arena has not been decided.

“The track idea, for example, that’s a big ticket item,” Carr said. “We’ve promised that we would have a certain budget. When you go off the SPLOST, you have to specify what the money is going to be spent on. We want to be good stewards of the money and not spend everything on a fantasy we would have that will take away from some of the promises. Right now we’re looking at some other options to go inside the grad arena.”

Carr said the old central office building will be demolished around October or November of this year. He said an audiology booth for the hearing impaired is still located there while the district waits on a company to install a booth at the new central office. And he said demolition can’t take place until environmental studies have been done.

And he said work on the new football stadium at Douglas County High School was expected to be completed this past week.

“That’s going to be one of the better stadiums, I think, in the state of Georgia,” Carr said. “When you go in, it just fits like you’re putting on a baseball mitt. It just fits. It’s going to be really, really nice.”