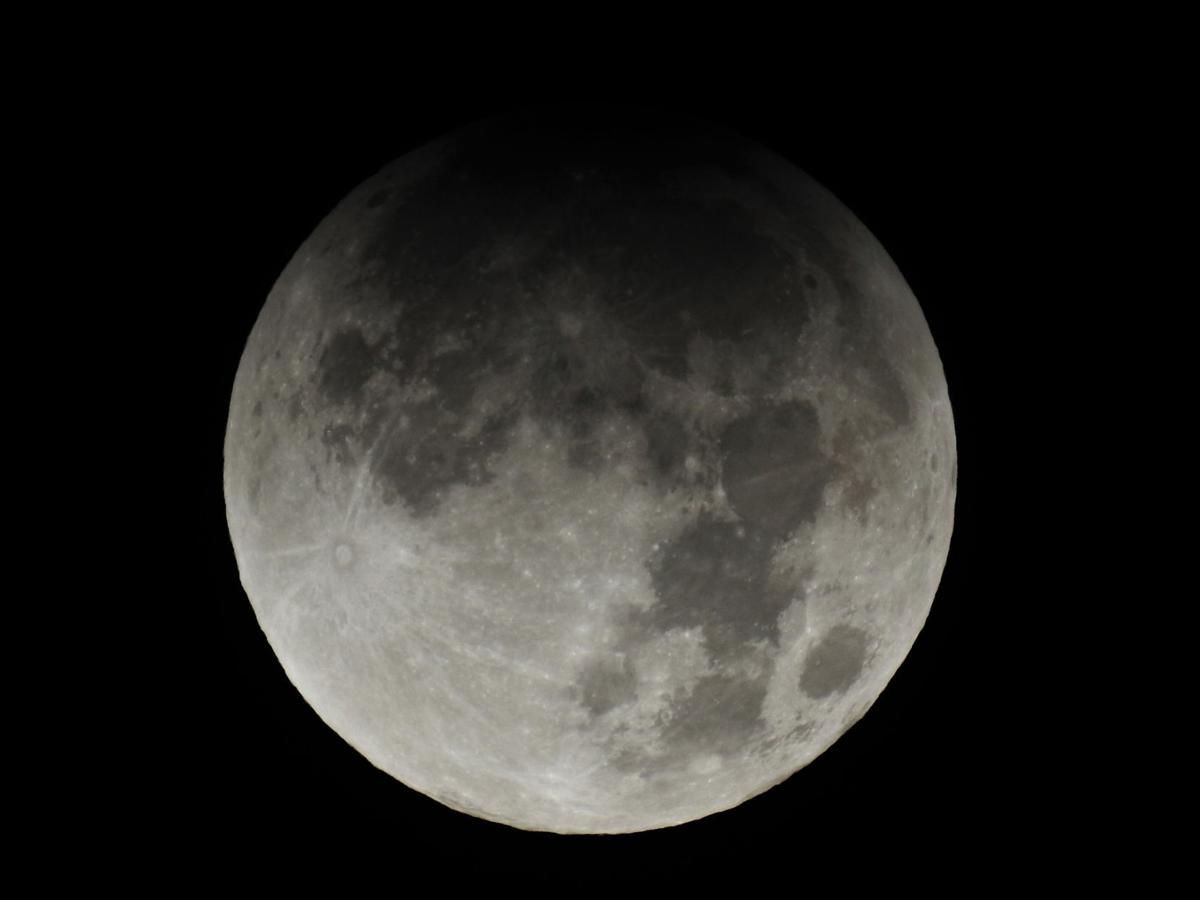 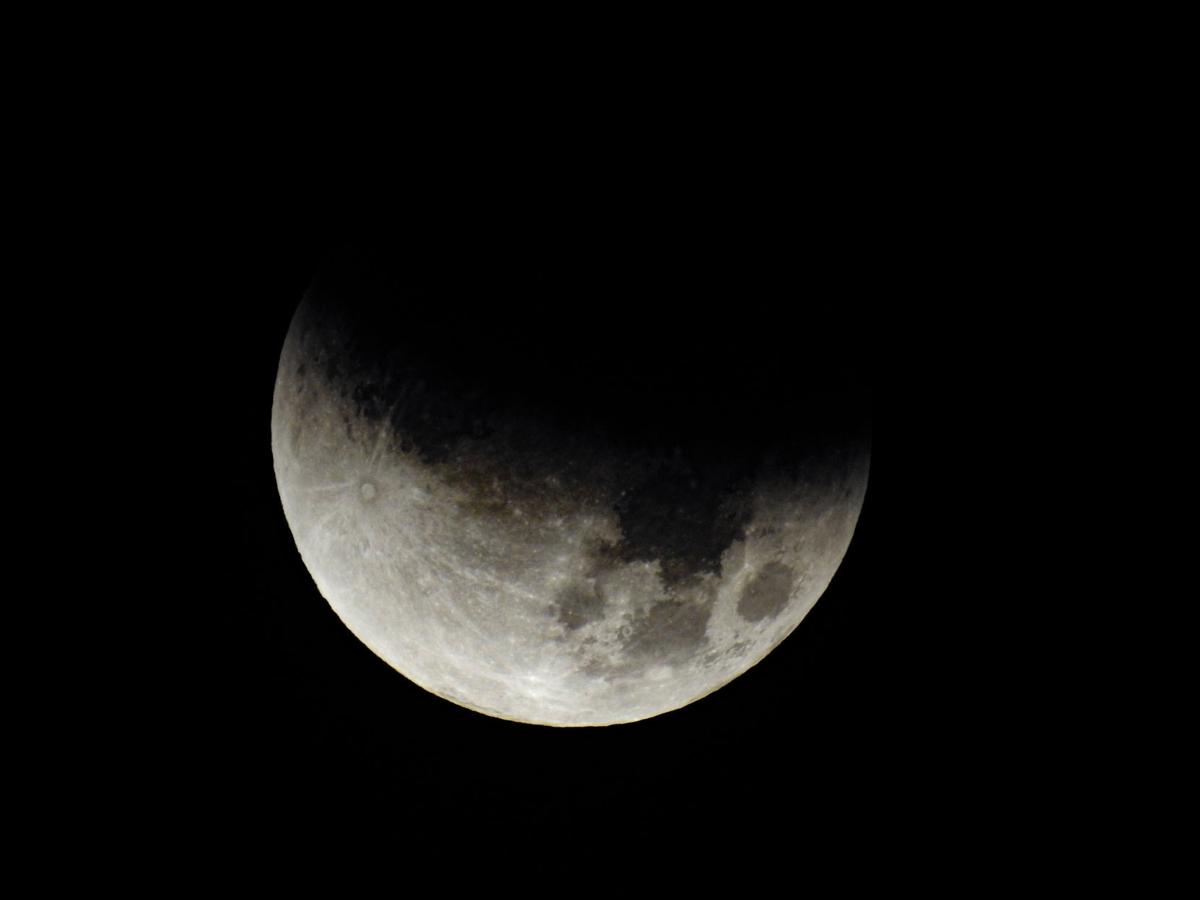 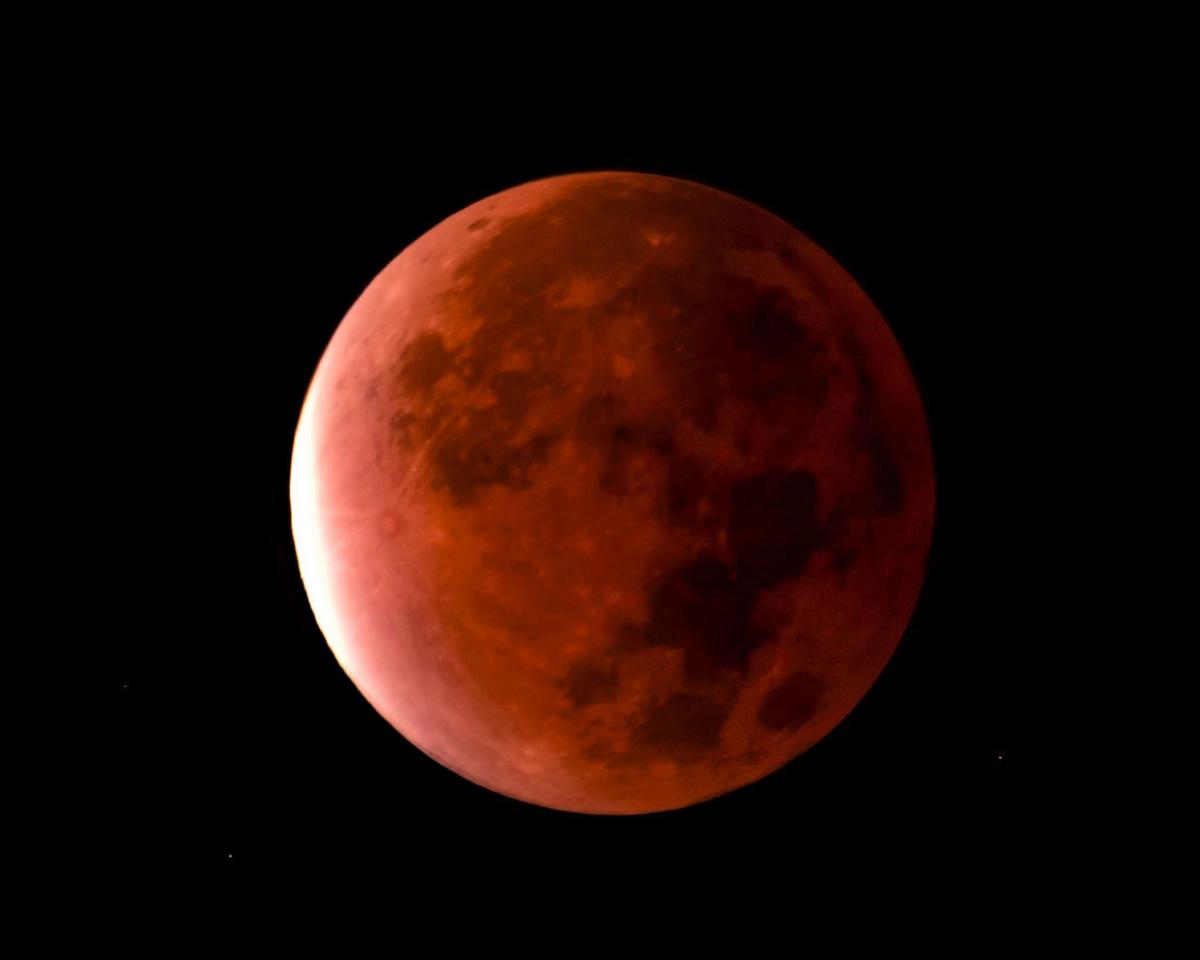 Maximum eclipse when the earth moved between the sun and moon giving the moon a reddish glow.

Maximum eclipse when the earth moved between the sun and moon giving the moon a reddish glow.

Douglasville resident and Sweetwater Camera Club President Janet Newton and club member Karen Cox were up through the wee hours of Friday morning in Douglasville to photograph the partial lunar eclipse. From 1:02 a.m. until 4:02 a.m. Newton and Cox braved the wind and cold by wearing warm clothes and using ‘hot hands’ in their pockets. They had their camera, tripod and a chair while photographing the spectacular sight.

A partial lunar eclipse occurs when the earth moves between the sun and moon but the three celestial bodies do not form a straight line in space. A small part of the moon’s surface is covered by the darkest, central part of the earth’s shadow. The moon has no light of its own. When the earth moves between the sun and the moon it cuts off the moon’s light supply. When this happens, the surface of the moon takes on a reddish glow instead of going completely dark.