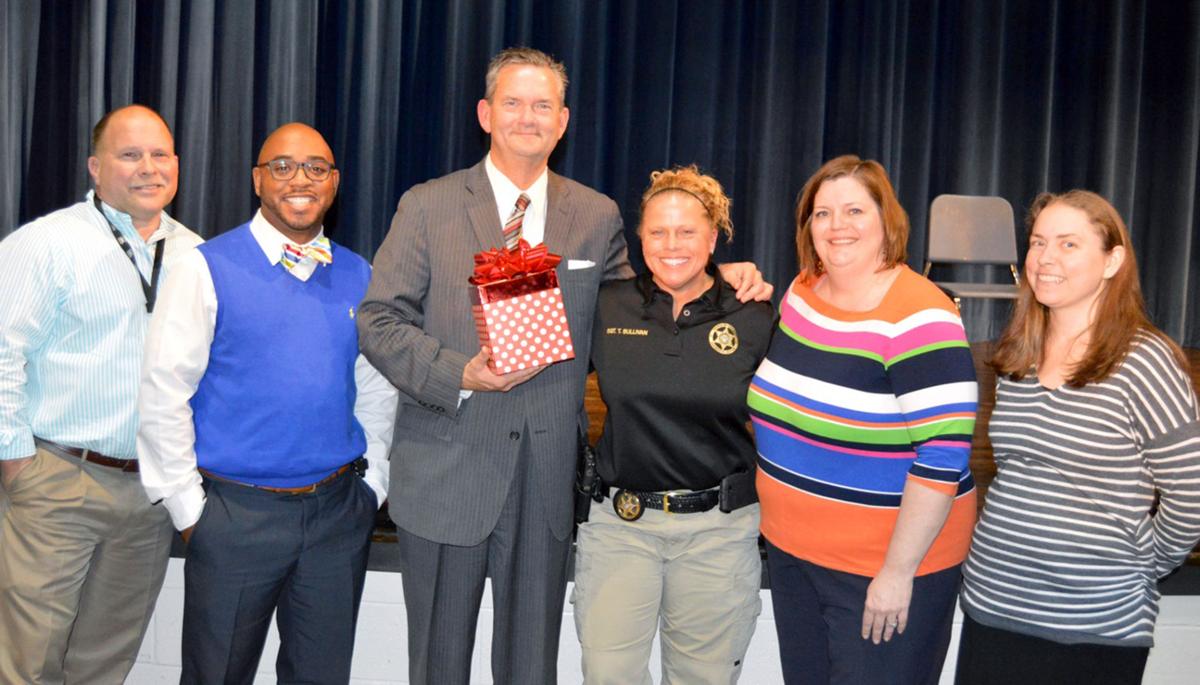 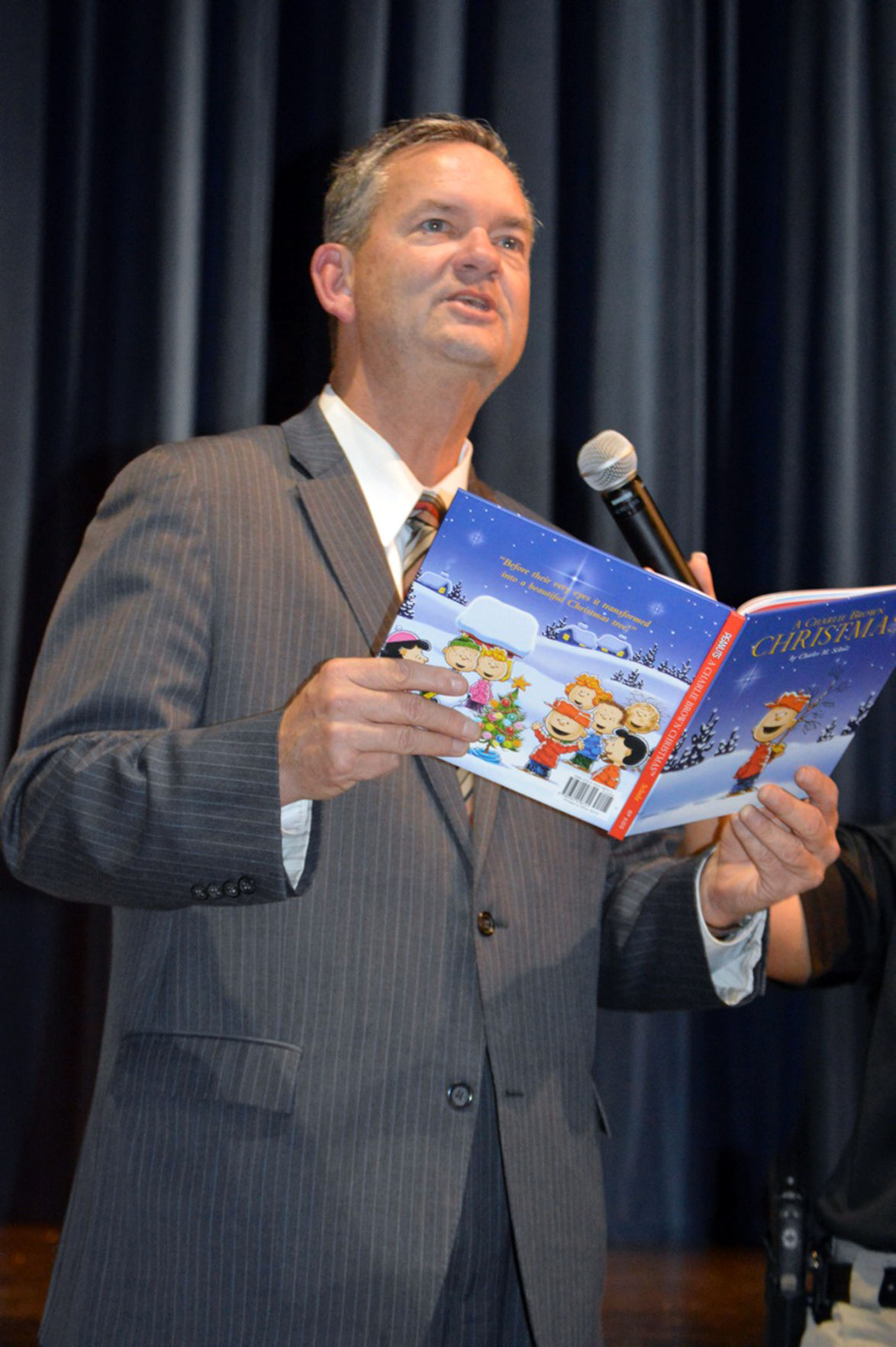 Liz Marino/Douglas County Sentinel Superior Court Judge Beau McClain addressed the National Honor Society Thursday afternoon at Douglas County High School in response to the group's donation of gift cards for their peers and classmates undergoing financial struggles as part of Operation Christmas. In closing, he read a portion of the book, "Merry Christmas, Charlie Brown" in which Linus — through scripture — answered the question "What is the meaning of Christmas?" 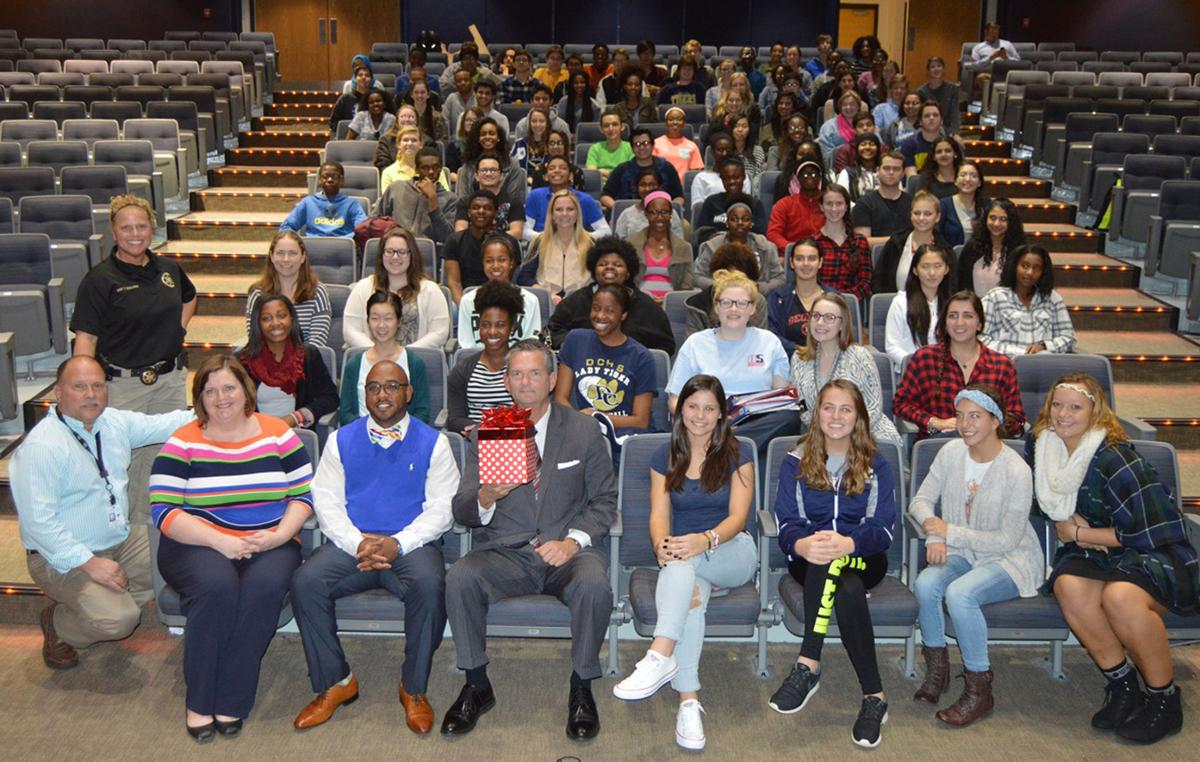 Liz Marino/Douglas County Sentinel Superior Court Judge Beau McClain addressed the National Honor Society Thursday afternoon at Douglas County High School in response to the group's donation of gift cards for their peers and classmates undergoing financial struggles as part of Operation Christmas. In closing, he read a portion of the book, "Merry Christmas, Charlie Brown" in which Linus — through scripture — answered the question "What is the meaning of Christmas?"

Students in the Douglas County High School National Honor Society demonstrated Wednesday that they know what Christmas is all about, according to Linus Van Pelt in “A Charlie Brown Christmas” and echoed by Douglas County Superior Court Judge Beau McClain.

The students set out to achieve a lofty goal for their peers and classmates in local high schools who, because of financial struggles, might wake up to an empty Christmas tree. The result was a donation of $1,310 in gift cards presented to Operation Christmas.

“I want to thank you for your incredible generosity,” McClain told the students. “You are assuring that no child faces an empty Christmas tree because they are financially struggling.”

He told the students that they were part of something “bigger and better than you have ever seen.”

Operation Christmas is a first-ever combined outreach targeting over 16,000 Douglas County students eligible for free/reduced school lunches, along with 161 foster children, 287 homeless children, over 122 at Youth Villages, 150 young children enrolled in Head Start and over 700 infants who receive WIC and other infant-based programs, said McClain.

“What you are doing today will go to your peers — from your heart,” he said.

During the week of Dec. 14, eligible students will receive a “Golden Ticket” which will allow parents to go to a designated location on Dec.19 where the ticket can be exchanged for one or more new, unwrapped presents.

McClain explained to the students that the idea for a “Golden Ticket” came right out of the pages of  “Willie Wonka and the Chocolate Factory.”

He said he was very proud of the students and how they exhibited that they knew what Christmas was all about.

Then, in closing, McClain opened the book, “A Charlie Brown Christmas” and read a passage to the honor society students.

“And there were in the same country, shepherds abiding in the field, keeping watch over their flock by night. And lo, the angel of the Lord came upon them, and the glory of the Lord shone round about them and they were sore afraid. And the angel said unto them, Fear not, for behold, I bring unto good tidings of great joy, which shall be to all people. For unto you is born this day in the City of David a Savior, which is Christ the Lord. And this shall be a sign unto you; you shall find the babe wrapped in swaddling clothes, lying in a manger.' And suddenly there was with the angel a multitude of the heavenly host, praising God, and saying, ‘Glory to God in the highest, and on earth peace, good will toward men.”

And Linus said, “That’s what Christmas is all about, Charlie Brown.”

Operation Christmas may very well be the largest single Christmas outreach ever undertaken, said McClain, based on his research. He said it has been embraced by local businesses, churches, schools, civic groups, local governments and individuals.

The birth of the community-wide effort sprang to life when the group, Faith in Action, received a donation of over 5,700 new toys and games in recent months. The idea for Operation Christmas Douglas County blossomed as a result.

Operation Christmas donations boxes are located at the following locations, with more expected to be added during the holiday season:

© 2015 Douglas County Sentinel. All rights reserved. This material may not be published, broadcast, rewritten or redistributed.