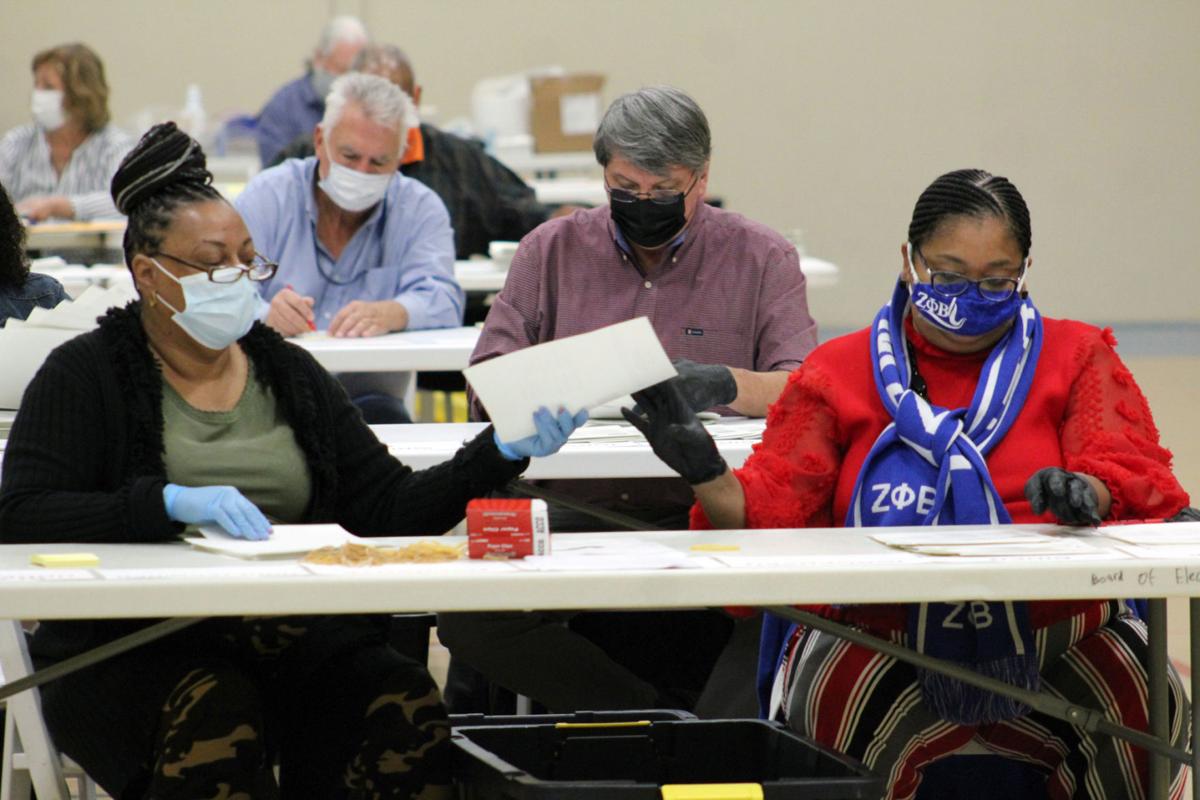 Douglas County election workers go through ballots from the Nov. 3 general election on Monday at Deer Lick Park as part of a statewide recount ordered by Secretary of State Brad Raffensperger. 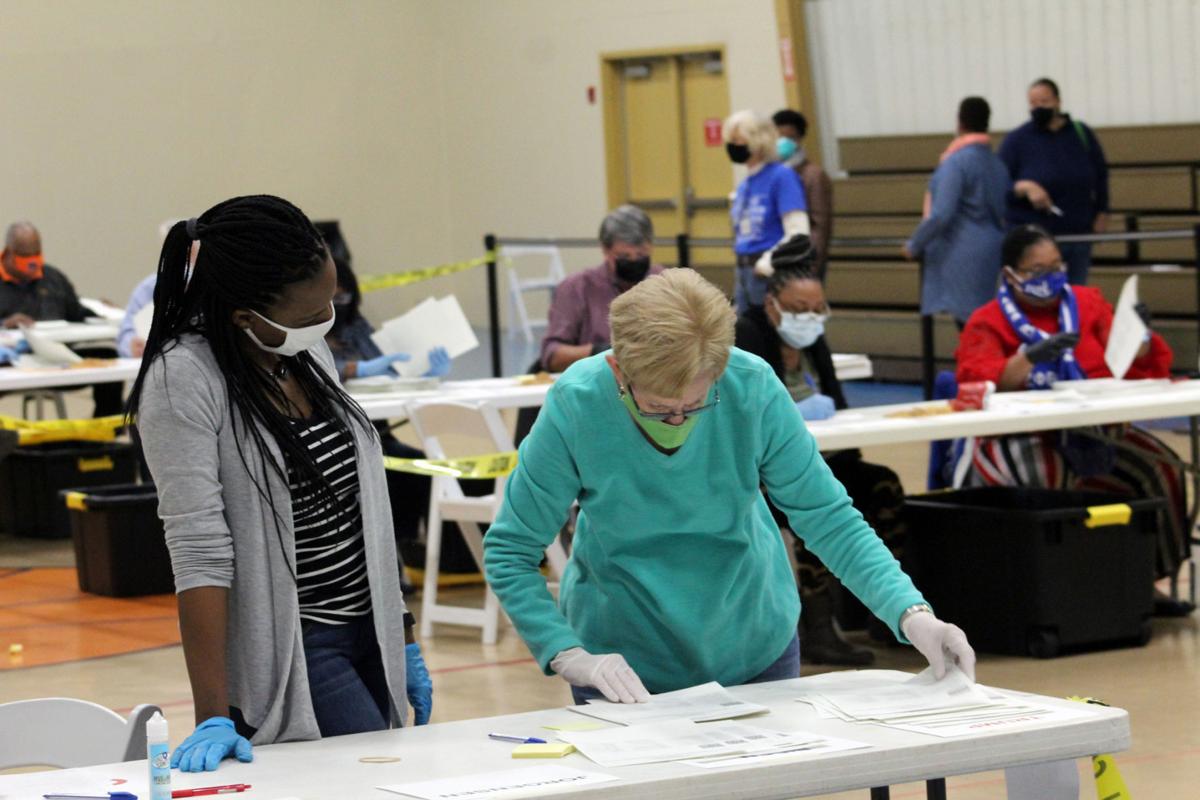 Douglas County election workers go through ballots from the Nov. 3 general election on Monday at Deer Lick Park as part of a statewide recount ordered by Secretary of State Brad Raffensperger.

The basketball court at Deer Lick Park was transformed into an election recount facility for two days as Douglas County Board of Elections and Registration complied with state orders.

Twenty-four workers, divided into teams of two, spent two days recounting ballots cast during the Nov. 3 general election. The workers had on face masks and many wore gloves as they went through the ballots.

The recount started Friday morning and resumed Monday in an effort to get the votes recounted by Wednesday’s deadline.

There were a couple onlookers Monday observing the recount at Deer Lick Park. The recount is open to the public.

Georgia has until Friday to certify all ballots including in-person, mail-in and provisional ballots cast during the general election.

There were two people on each team during the county’s recount effort. According to Kidd, both team members “must touch each ballot” and they had to agree to the vote.

The workers finished about half of the ballots on Friday, and Kidd had hoped to wrap it up Monday well ahead of the Wednesday midnight deadline.

Despite claims of voting irregularities by President Trump and others, Kidd said Douglas County “had no issues with voting during advance voting or Election Day.”

Election experts don’t expect much of a change in the presidential election results where Biden had just over a 14,000 vote lead in Georgia.

According to Bloomberg News, some 48 of the Georgia’s 159 counties finished their recounts Friday, and there was no significant change in the results.

“More Georgians voted for President-elect Biden than voted for President Trump,” said Marc Elias, a prominent Democratic lawyer who’s aiding the campaign. told Bloomberg. “There is nothing that the recount’s going to do to change that.”