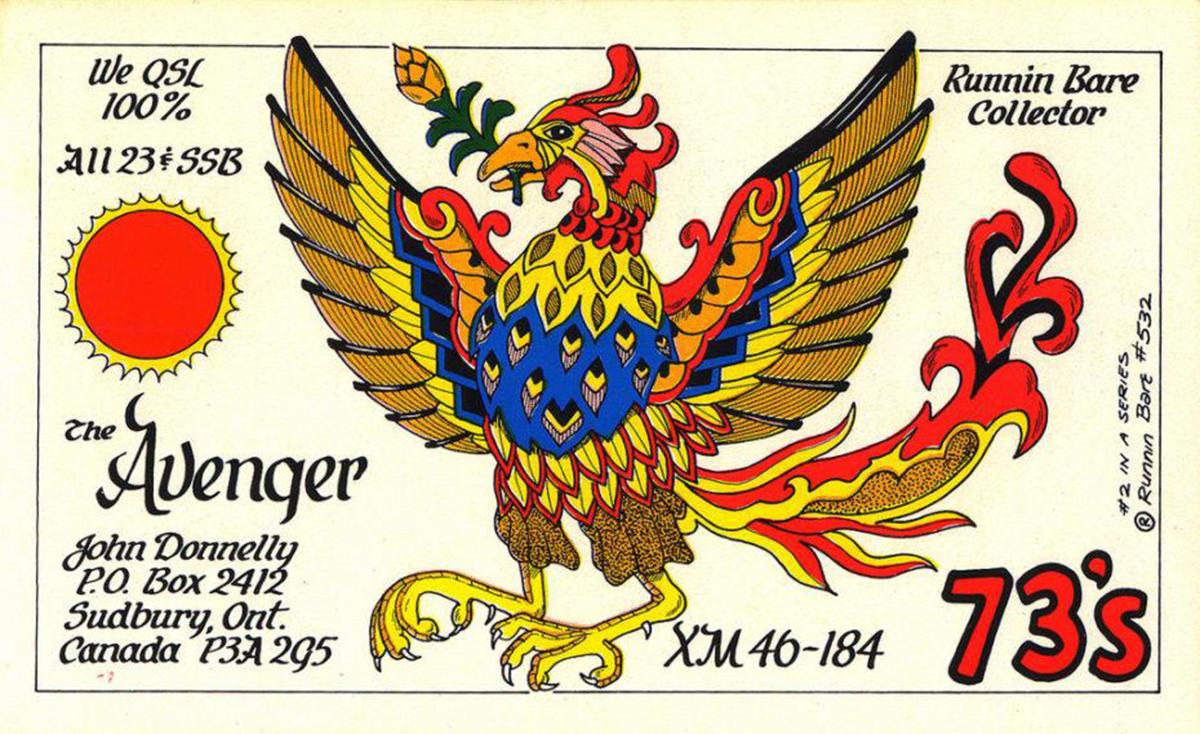 Shown are three examples of real QSL cards, each from a different country, each aesthetically unique. All three cards feature call-sign and physical address information. 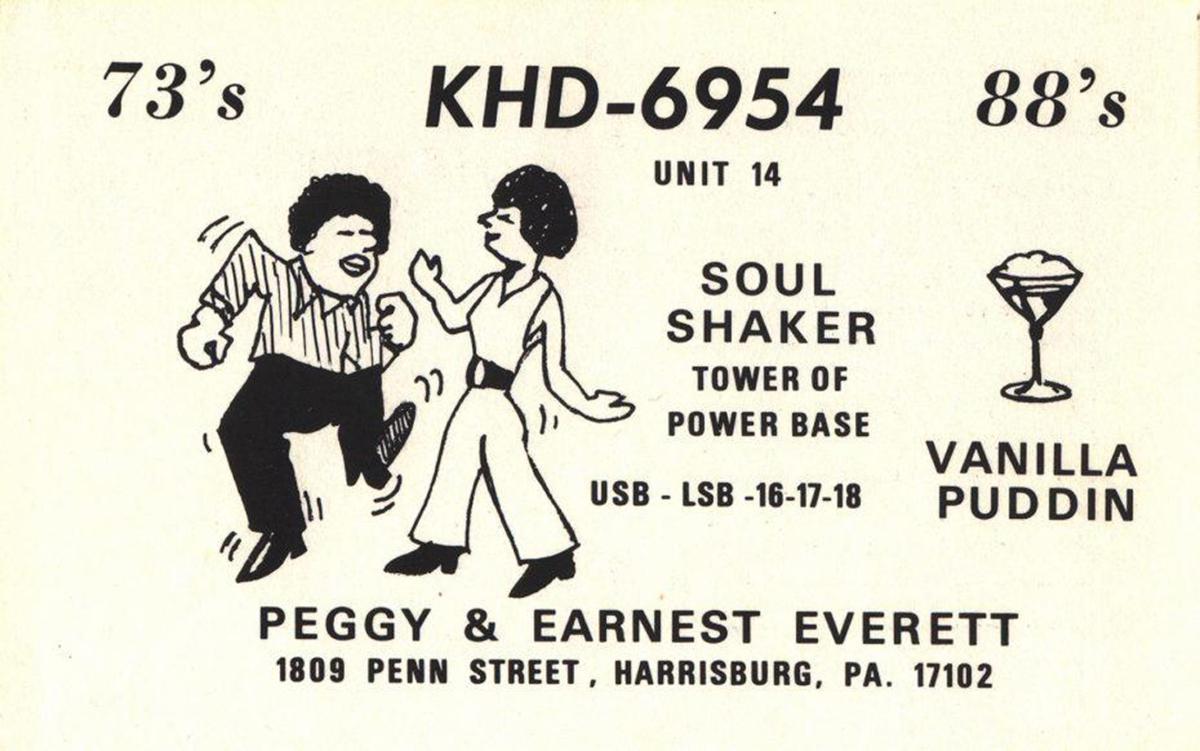 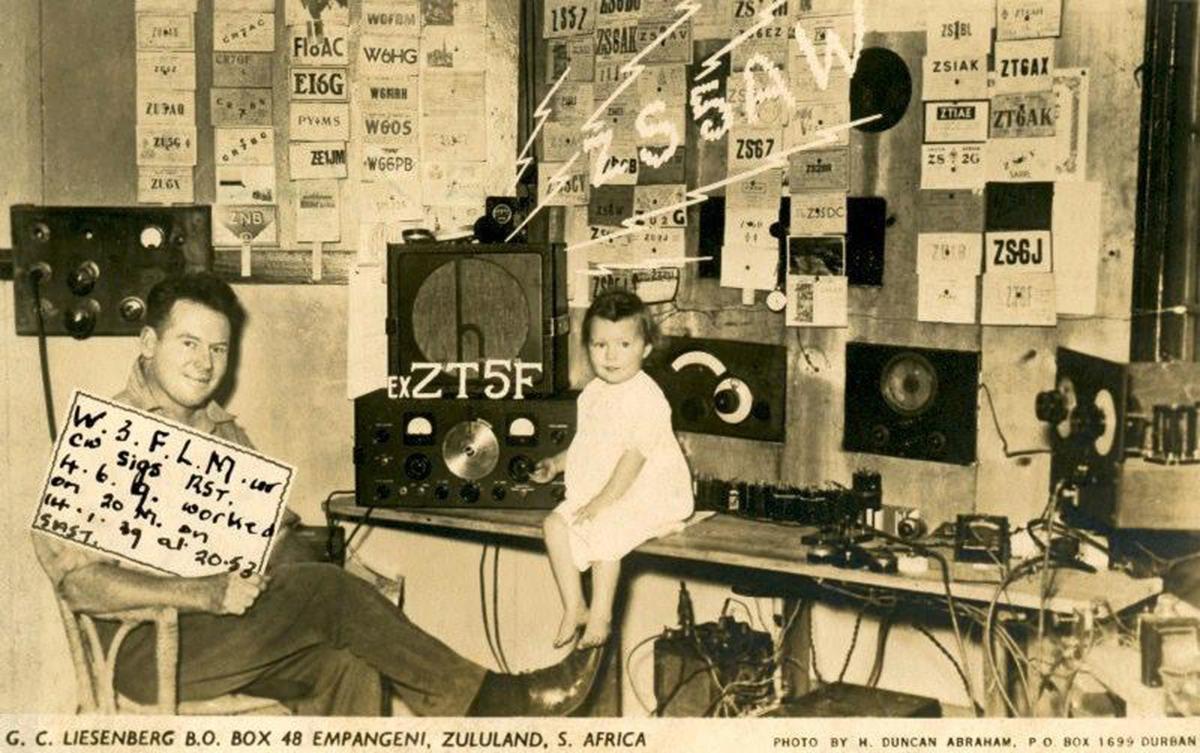 Shown are three examples of real QSL cards, each from a different country, each aesthetically unique. All three cards feature call-sign and physical address information.

To the uninitiated, a QSL card might appear to be little more than an ornate postcard. The typical QSL card is 3.5 by 5.5 inches of thick paper, and is detailed with personal information to include name, radio call-sign, and physical address. A QSL card is a written confirmation of radio communication between radio stations. The term QSL itself means “I confirm receipt of your transmission” in Q Code, a standardized collection of three-letter codes used for telecommunication. Though the golden age of QSL cards has come and gone, the exchange of QSL cards remains a beloved tradition in the amateur radio, citizens band radio, and shortwave listening communities.

QSL cards regularly feature unique drawings or personal photographs that tell a story about the sender. Many cards feature stylized geographic iconography, such as palm trees for radio operators in Hawaii, or mountains for those in Appalachia. Others depict symbols of deeply held importance — such as a military unit insignia for a veteran, or a state flag for a proud resident. Several operators choose to include photos of their sprawling radio shacks. A QSL card is an opportunity for individual creativity, acting as a sort of Facebook or Instagram profile designed to be sent over postal mail to fellow operators with whom one has had radio contact.

Though QSL cards play a functional role in improving radio transmission quality, they today mostly exist to connect radio operators. Most QSL cards include signal reports that provide information about the quality of a received radio signal. Signal reports capture details like readability, strength of signal, and tone. A well-written signal report documented on a sent QSL card increases the likelihood of receiving a QSL card in response. Collected QSL cards represent a sort of physical portfolio for a radio operator. QSL cards with interesting designs are highly sought after, as are those coming from exotic places to include tropical islands, the poles, and even space. The International Space Station issues a QSL card of its own for operators skilled (and lucky) enough to make contact with it. You can even get a response from an off-duty astronaut in the process!

While by no means a lost art, digital communication has put a damper on the exchange of physical QSL cards. Most QSL contacts are today logged in the form of electronic QSLs (eQSLs) using digital software. Logging eQSLs is less costly and time consuming than mailing physical cards, though the lack of collectible value makes eQSLs less fun. The added effort to pursue physical cards is still worthwhile to many, myself included, who continue to collect them where possible.

QSL cards are an unhindered expression of individuality to be shared across the globe. That QSL cards were exchanged as early as the 1930’s, suggests that the desire to connect with those outside our local communities existed well before the advent of mainstream digital communication and social media. For almost a century, QSL cards have represented our best selves, to all of us.

Mahdi Al-Husseini (amateur-radio call-sign KO4BNK) is an engineer, computer scientist, and a medical evacuations helicopter pilot for the US Army.

Mahdi Al-Husseini (amateur-radio call-sign KO4BNK) is an engineer, computer scientist, and a medical evacuations helicopter pilot for the US Army.