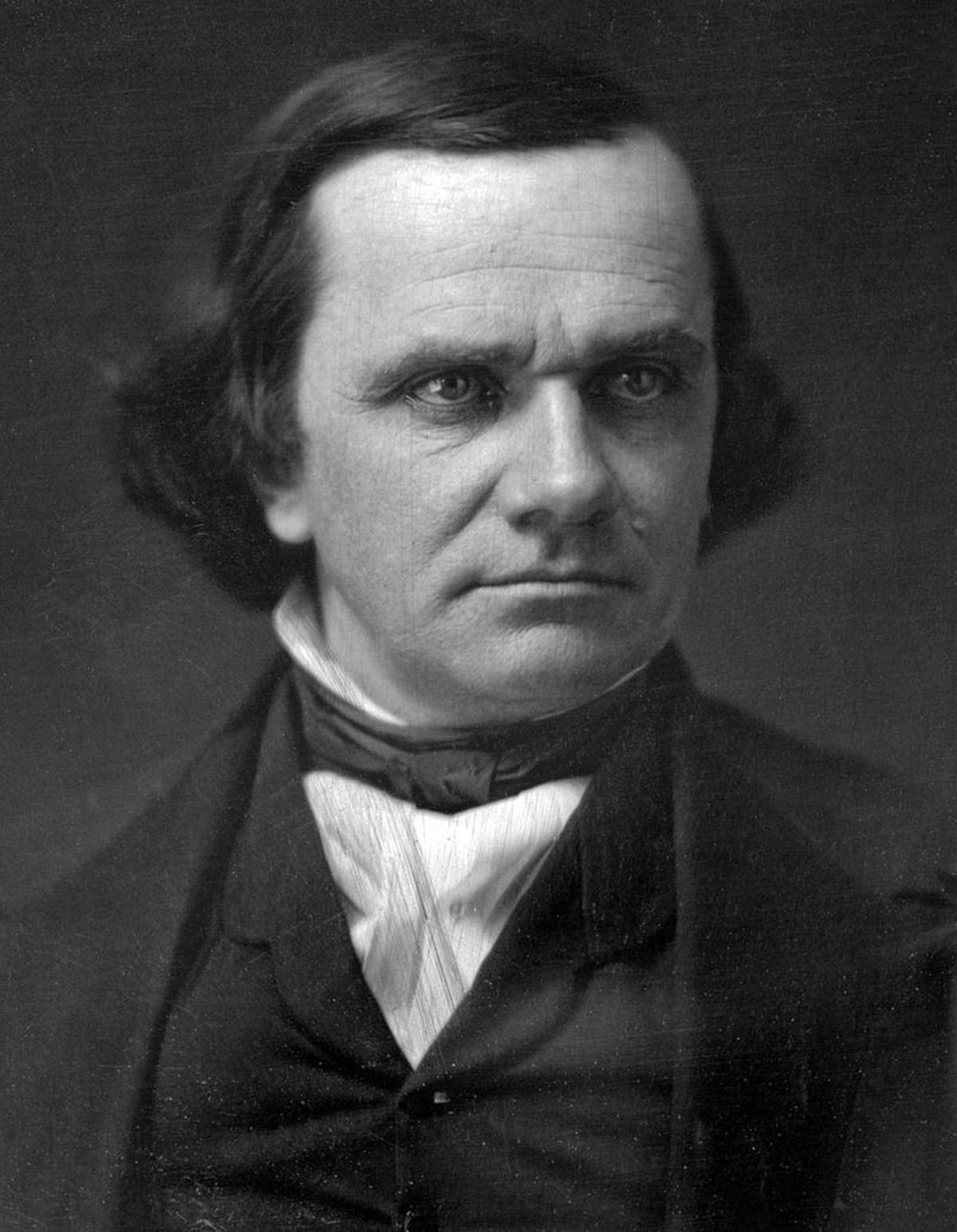 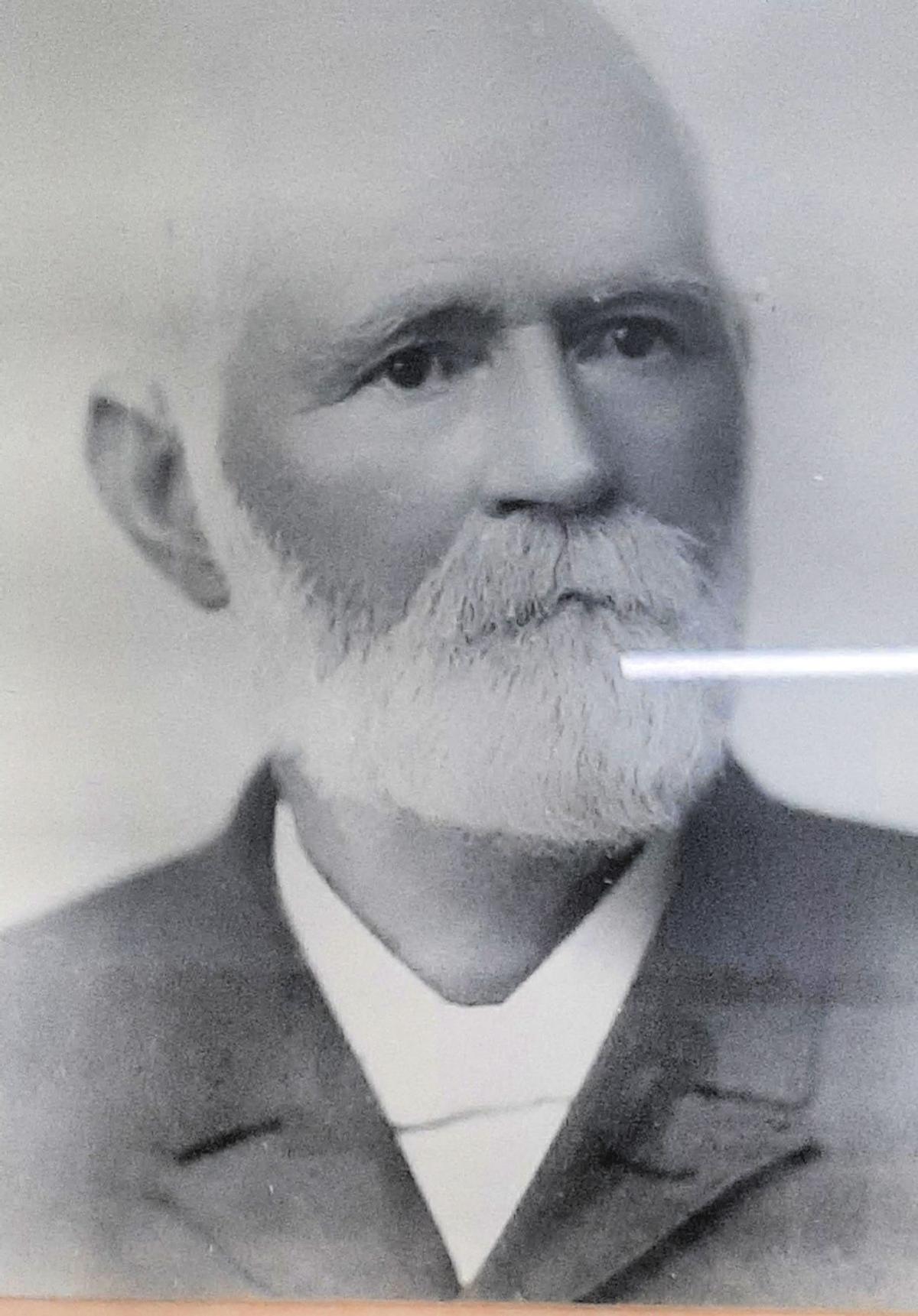 This page from Dr. W.S. Zellars’ self-submitted biography during his second term in the Georgia House reads, in part, “In 1860 Dr. Zellars was an ardent supporter of Stephen A. Douglas, and in 1870 when he introduced the bill to create the county of Douglas, he at the same time named it in honor of that great statesman.”

This page from Dr. W.S. Zellars’ self-submitted biography during his second term in the Georgia House reads, in part, “In 1860 Dr. Zellars was an ardent supporter of Stephen A. Douglas, and in 1870 when he introduced the bill to create the county of Douglas, he at the same time named it in honor of that great statesman.”

A few years ago, I did a deep dive into our history regarding the “hows” and “whys” behind the county’s formation utilizing materials at the Georgia Archives including records of the Georgia General Assembly and various newspapers from the period along with other records. A few months ago I shared this information with Douglas County Commission Chairwoman Ramona Jackson Jones and Douglasville Mayor Rochelle Robinson because my research finally answered some incorrect notions that constantly creep into discussions regarding Douglas County’s history mainly involving the myth that the county’s namesake was Frederick Douglass. Mayor Robinson advised I should share my research here in the Sentinel, and what a better time to do it than on the county’s birthday!

Frederick Douglass (1818-1895) was an African-American who is remembered as a social reformer, orator, writer, and statesman. The myth involving the formation of Douglas County and Mr. Douglass hinges on the incorrect idea that in 1870 when the men who formed Douglas County were trying to get the legislation passed, the majority of seats in the Georgia General Assembly were held by African Americans. The story continues that the only way the legislation would pass is that these men let it be known the new county would be named for Frederick Douglass. The law passed, the county formed, and then a few years later, the extra “S” mysteriously disappeared. All references to Frederick Douglass were swept under the rug, and the county namesake became Stephen A. Douglas (1813-1861) — an Illinois Senator who ran for president and debated Abraham Lincoln.

In 1870, the area that would become Douglas County was part of old Campbell County. I refer to it as “old” because it no longer exists, but back then Campbell County covered all of Douglas County as well as the area we think of as South Fulton today — Fairburn, Chattahoochee Hills, Red Oak, Union City, and Palmetto. The Campbell County member of the Georgia House at that time was William Stovall Zellars, a former doctor who resided in Palmetto.

When Zellars was elected in 1868 the abbreviation Rad. Rep. was placed next to Zellars’ name in the list of House members meaning he was a member of the Radical Republicans, a faction of the Republican Party active from 1854 until the formal end of Reconstruction in 1877. Georgia Republicans at that time included white members as well as many African-Americans who flocked to the party after emancipation because it was the party of Lincoln.

The year Douglas County came to be was the final year of a tumultuous three-year period for the Georgia Legislature often referred to by historians as the “Radical Republican Legislature.” Going back to 1868, the state of Georgia was still under reconstruction and remained in military control. Several African-American legislators had been elected to the General Assembly, but by July 1868 the Democrats, many of them ex-Confederates, began a campaign to expel the African-American legislators, and by September 1868 they were successful.

The African American legislators would not be allowed to return to their seats until 1870 during a period known as Terry’s Purge where the commanding general overseeing Georgia during Reconstruction removed white legislators who had been involved in the Confederacy and had not yet sworn allegiance to the United States. These white legislators were replaced with their Republican and generally African-American runners-up. The African-American members who had been expelled in 1868 were also reinstated. Zellars was able to keep his seat because he did not serve in the Confederate army, and he claimed to be a Radical Republican.

So, in 1870 there was no African-American majority which means there would have been no need for a story to be made up regarding the namesake for the new county. At this point the myth regarding Frederick Douglass was busted, but I kept going with my research because I wanted to see what the discussions were on the floor of the Georgia House and Senate regarding the formation of Douglas County.

At the Georgia Archives I accessed the publication “Acts and Resolutions of the General Assembly of the State of Georgia Passed at the Session of 1870.” As I read the 1870 copy of the Act that created Douglas County, I noticed one important thing. There was no extra “S” on the word Douglas anywhere in the wording of the Act. Every time the word was printed it appeared as “Douglas.”

I also accessed the book, “Georgia’s General Assembly of 1880-81…Biographical Sketches of Senators and Representatives, the Government and Heads of State.” On pages 381 and 382 I found a self-submitted biography of W.S. Zellars, the man who submitted the legislation that formed Douglas County in 1870, when he was serving his second term as Campbell County’s representative. Towards the end of the article the biography states, “…In 1860, Dr. Zellars was an ardent supporter of Stephen A. Douglas, and in 1870 when he introduced the Abbill to create the county of Douglas, he at the same time named it in honor of that great statesman.”

The biography also explains Zellars did not consider himself as a Democrat as most of the white population in Georgia did at that time. This explains why he broke from most white men in Georgia who favored Breckinridge in the Election of 1860 and voted for Stephen A. Douglas. There were approximately 11,000 Georgians who voted for Stephen A. Douglas in the 1860 election. Zellars was not a lone wolf as far as white Radical Republicans were concerned. There were quite a few.

The final books I examined at the Georgia Archives were the House and State Journals for the 1870 legislative sessions so I could follow the path of the Douglas County legislation from the time it was introduced until it finally passed in the Senate and was ready for Governor Rufus Bullock’s signature. The bill was introduced on the floor of the Georgia House on August 19, 1870 by W.S. Zellars. The third reading and vote occurred on September 26, 1870 with a floor discussion. The official Senate Journal for 1870 advises the Bill for Douglas County reached the Georgia Senate on Wednesday, October 12, 1870 when the floor discussion occurred, and the vote was taken.

Floor discussions were also published in various Atlanta newspapers daily during the legislative session in those days. I accessed the discussions regarding Douglas County in the “Daily Atlanta Intelligencer” (September 27, 1870) regarding the House and the “Weekly New Era” (October 19, 1870) for the Senate. In both published floor discussions, the members of the legislators only address the problems of adding a new county because at the time the state constitution fixed the number to a certain amount. The focus of the floor discussions had to do with the money used to pay members. Pay would decrease with more members of the legislature to pay.

The House vote would be 66 to 23 and the Senate vote was 25 to 5, both in favor of the bill for Douglas County. I carefully researched each member who spoke on the floor as well as those who voted against the bill. In the House those voting no were all white and a mixture of Democrats and Republicans. I found no African-American representatives who spoke on the floor or who voted against the county. In the Senate the lone African-American who spoke out as opposed to the bill, Mr. Bradley of the 1st District, did so because of unconstitutionality regarding adding another county. The five Senate members who voted no, against the bill for Campbell County, were all white and a mix of Democrats and Republicans. What is interesting about the floor discussions published in the “Weekly New Era” is that Douglas County is named in the newspaper and is spelled with only one “S” just two days after the county had been legally formed.

All the books I used at the Georgia Archives were printed by the hundreds and distributed across the state in 1870. The newspapers that printed the floor discussions were published in real time each day and were also widely distributed. There is no way someone could go back later and amend the books or change the newspapers. The portion of the myth regarding hiding anything at a later date regarding the formation of Douglas County is also busted.

A much more detailed explanation regarding my research including images and links can be found at my website: https//lisalandcooper.com/douglas-county

Lisa Cooper has written a history column for the Sentinel since 2013. Her books “Every Now and Then: The Amazing Stories of Douglas County, Volume 1,” “Douglasville,” a pictorial history, and “Georgia on My Mind: True Tales from Around the State”, are available at Amazon, The Farmers Table, Douglasville Welcome Center, and the Douglas County Museum of History and Art.