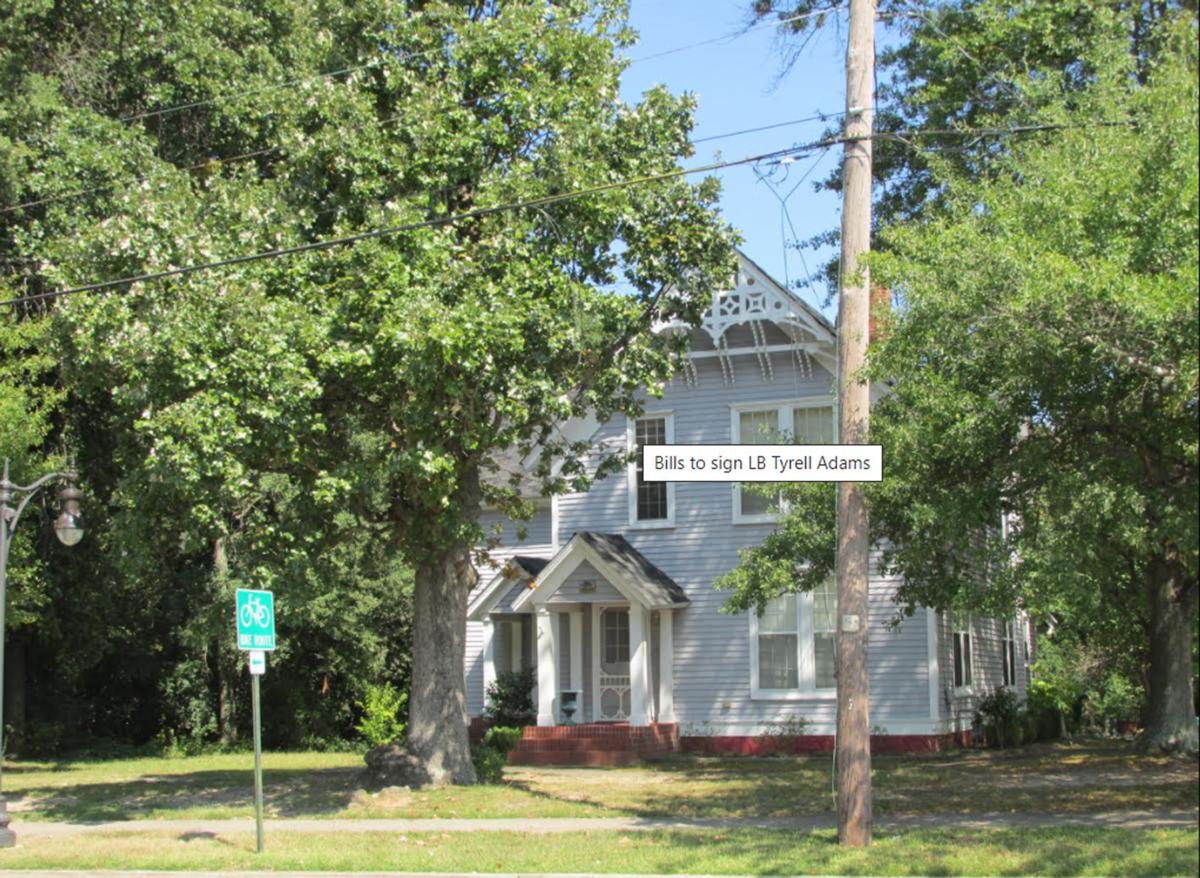 This home along Campbellton Street was built in 1882 and belonged to the Rev. John Bolton Chapel Quillian. 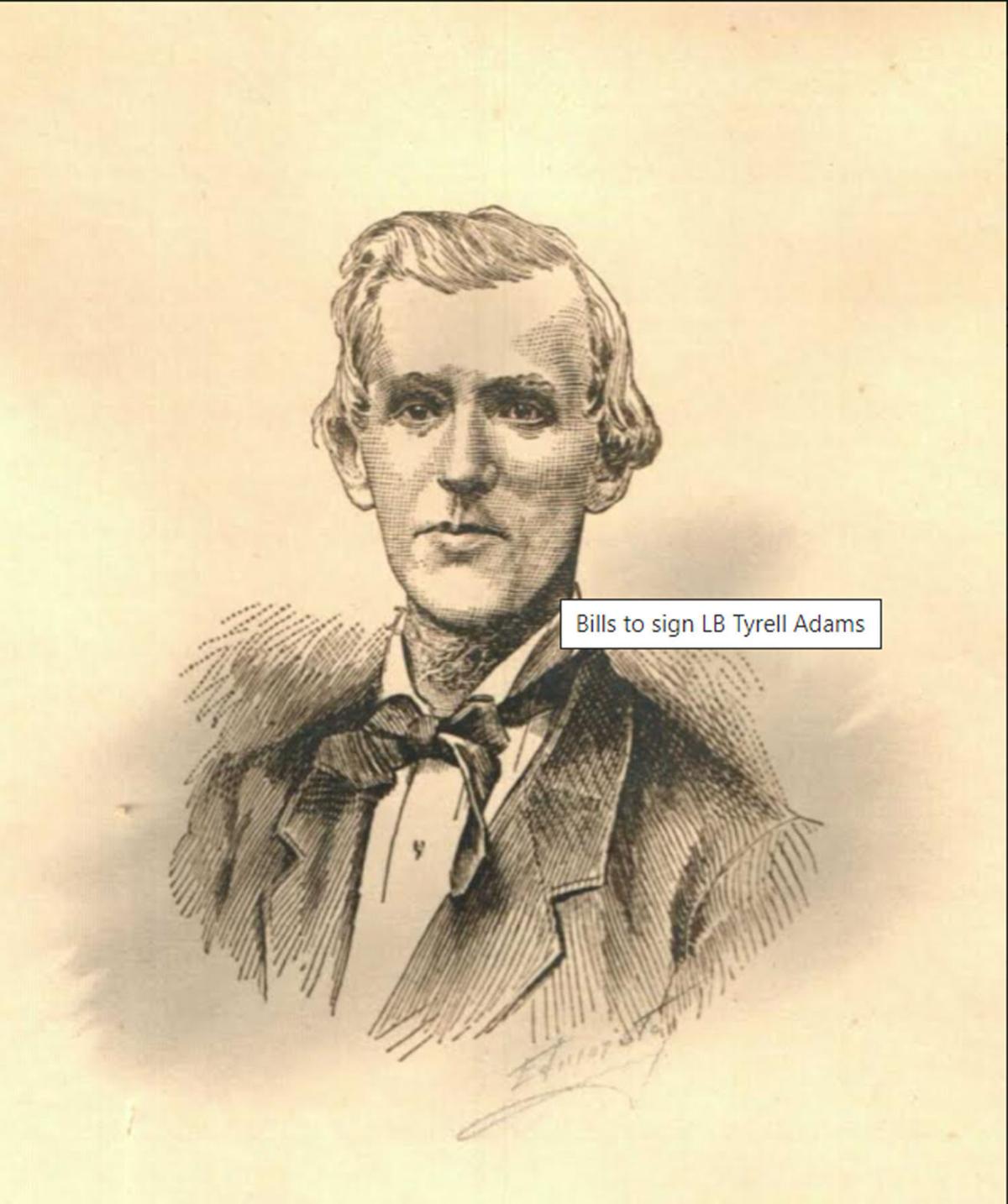 This home along Campbellton Street was built in 1882 and belonged to the Rev. John Bolton Chapel Quillian.

How many times have you traveled down Campbellton Street and passed this home located across from Douglas County High School? Maybe you noticed the interesting blue-grey color with the white trim, maybe you wondered how old the home was, or perhaps you even wondered who lived there at the very beginning when the home was built. I featured this lovely American-gothic style home in my “Douglasville” book along with 198 other vintage photos telling the history of the town through the captions, but two little photo captions do not really do the history of the home or the owner justice.

In the 1840s a preacher’s life included a horse and lots of travel. They rarely had a home church but traveled on a circuit from church to church in a particular area. Quillian’s first assignment was the Waynesboro circuit.

During the remainder of his active preaching days Quillian served the Elberton, Cassville (which then included Rome, Cave Springs, and Cedartown), Powder Springs circuits (Quillian is first mentioned in their minutes in 1847), the Blairsville mission and the Franklin circuit.

It is said Rev. Quillian was very well read in English literature and his sermons were scattered with choice quotations, brilliant images, and melodious words from some of the best old English authors. His delivery style was described as “sing-song.”

Locally, Reverend Quillian was the first pastor of Causey’s Chapel, which many historians considered to be the first Christian meeting place in the Lithia Springs-Austell area. It was here the young pastor met his future wife, Elizabeth Causey, and they married in 1844. She was the daughter of Israel Causey, an early pioneer in the Austell area, and the man who donated the timber and land for the church.

While serving the Franklin circuit, Rev. Quillian’s poor health caught up with him, and he was forced off the circuit. He began to rely on his pen to make a living. His first book, “The Star of Redemption” was available in 1871 and had wide circulation among those of the Methodist faith. In fact, he was one of the first authors of the conference. He also appeared in the pulpit for the Flat Rock congregation in Douglas County.

The congregation had organized as early as 1828 first starting in homes and then became a “brush arbor” church followed by a more permanent building. In 1875, the church decided to move to the new town of Douglasville by tearing down the church and rebuilding it at the corner of what is now Rose Avenue and Broad Street. The church would become the First United Methodist Church here in town. While he soon stepped back from preaching, Rev. Quillian and his wife remained involved with the church for the rest of their lives. Mrs. Quillian was one of the first organizers of the church’s missionary aid society.

In 1876, it was announced Rev. Quillian would be a regular contributor for an early Douglasville newspaper titled the “Douglasville Medium.” To date all I have ever seen of this early paper is a masthead belonging to a local historian and collector. I am not sure if any copies of the paper survive. By 1877, the pastor tried his hand at local government by serving as Douglasville’s Recorder, and by 1879, he founded “The Douglasville Star,” per an article regarding newspapers across the state in “Memoirs of Georgia.” The paper was sold the next year to attorney, Robert A. Massey, and in 1881, Quillian’s second book, “The Golden Lamp” was published.

During the school years for 1885-86 and 1889-90, Rev. Quillian served as Douglas County’s superintendent. In 1886, Quillian along with others petitioned the U.S. Congress for more federal funds for education.

The home along Campbellton Street was built in 1882. Fannie Mae Davis, in her history of the county, describes the interior of the home as a delight to the eye, with doors of walnut hardwood, open fireplaces with carved mahogany mantles and a winding staircase with carved mahogany handrails and balusters. Sparkling chandeliers adorned the parlors and dining room.

By the time he left this life, Rev. Quillian was fondly known by local citizens as “Uncle Chapel.” He stayed busy with his community work and occasionally his poetry would be found in the local papers.

In June 1891 newspapers across northwest Georgia announced his death. It is said his brother, Rev. Bethel Bryant Quillian was at his bedside at the end along with other family members and the entire town was in mourning.

Great crowds attended his funeral and interment at Douglasville’s City Cemetery. In November 1891, a movement was underway to erect a monument to the memory of Rev. Quillian by the town, but I have never seen where any plans were carried out.

Rev. Quillian’s legacy lives on through the First United Methodist Church and through an adjoining property that was Quillian’s on Campbellton Street. When his daughter Emma married W.T. Roberts the couple was given the adjoining property, and they built a handsome home there that today is referred to as the Roberts-Mozley home. It has been home to the Cultural Arts Council of Douglasville/Douglas County for many years.

This column ran in the Douglas County Sentinel in June 2019. Lisa’s books “Every Now and Then: The Amazing Stories of Douglas County, Volume 1,” “Douglasville,” a pictorial history, and “Georgia on My Mind: True Tales from Around the State”, are available at Amazon, The Farmers Table, Douglasville Welcome Center, and the Douglas County Museum of History and Art.

This column ran in the Douglas County Sentinel in June 2019. Lisa’s books “Every Now and Then: The Amazing Stories of Douglas County, Volume 1,” “Douglasville,” a pictorial history, and “Georgia on My Mind: True Tales from Around the State”, are available at Amazon, The Farmers Table, Douglasville Welcome Center, and the Douglas County Museum of History and Art.