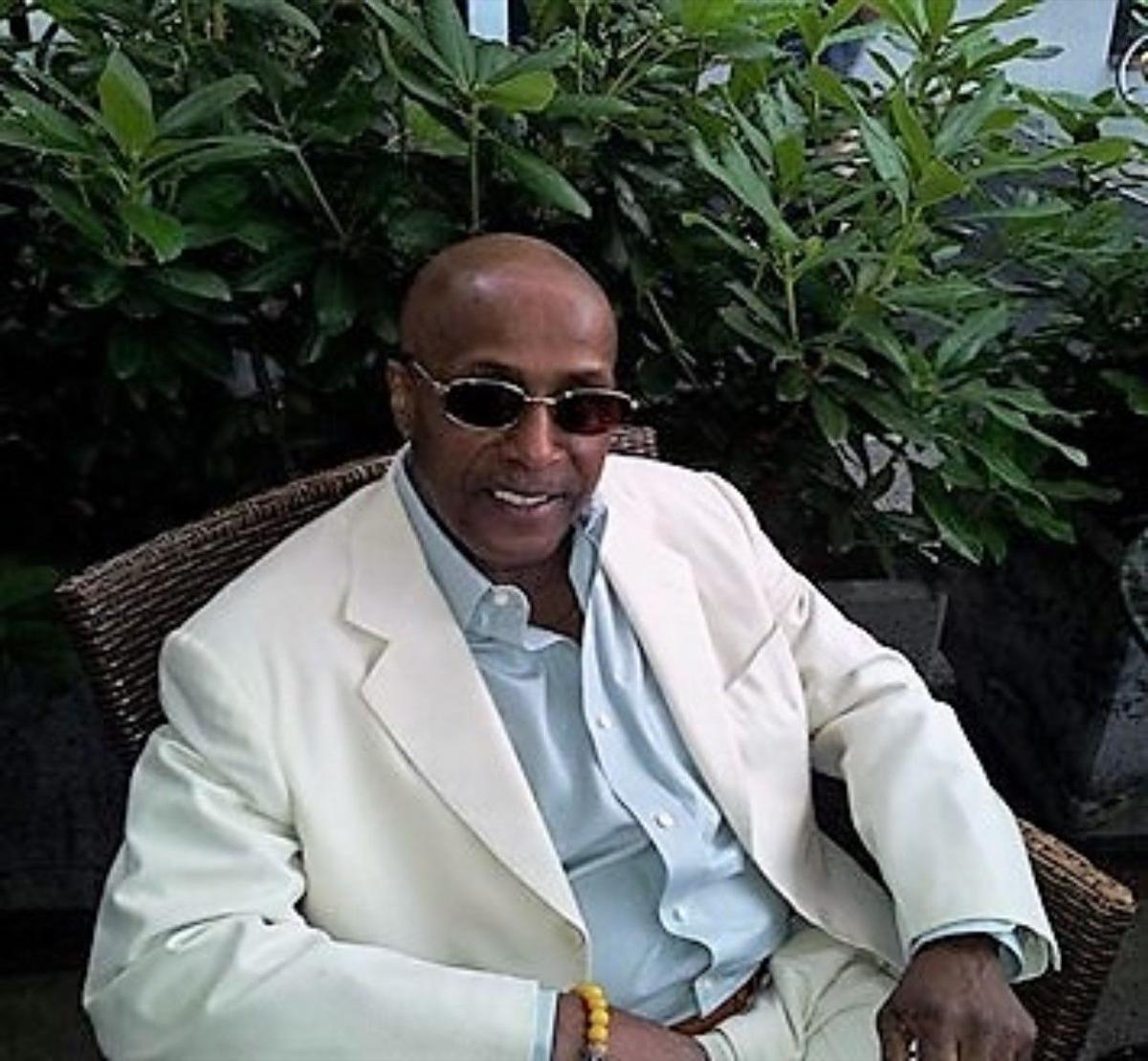 Ollan Christopher Bell was a founding member of the R&B group, The Natural Four. 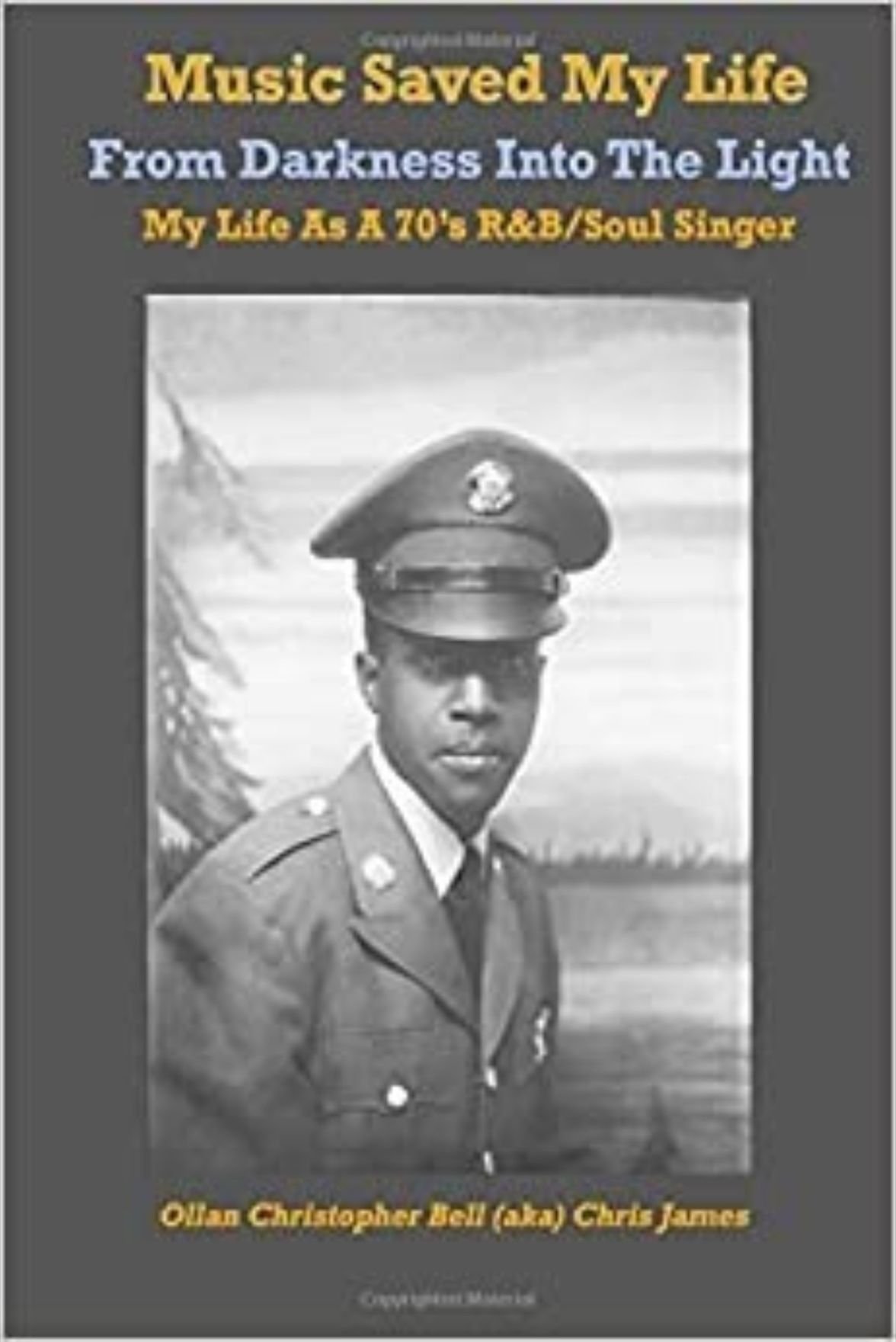 Ollan Christopher Bell said of his book, “Music Saved My Life,” “As l think about the challenging life I’ve had, I don’t know what I would have become if it were not for music.”

Ollan Christopher Bell was a founding member of the R&B group, The Natural Four.

Ollan Christopher Bell said of his book, “Music Saved My Life,” “As l think about the challenging life I’ve had, I don’t know what I would have become if it were not for music.”

On an unseasonably warm Georgia afternoon, I sat down over lunch with musician Ollan Christopher Bell, founding member of the R&B group, The Natural Four and author of the book, “Music Saved My Life.” During our wide-ranging conversation — interrupted by occasional pauses by him to chat in Spanish with restaurant staff — Bell was captivating and refreshingly honest. Here are some questions I posed to him.

Can I get you to rattle off the names of countries and places you’ve performed in?

Sure. Although we started in the Bay area we eventually performed in cities across the U.S. and in Germany, Switzerland, Sweden, Austria, Croatia, France, South America, and Thailand. We performed on Soul Train four times, Midnight Special, American Bandstand, Don Kirshner’s Rock Concert, The Wolfman Jack Show and at the Apollo Theater three times.

Your breakout song was, “Can this be real?” Right?

Actually, our first release, “I thought you were mine,” sold 30,000 copies on a San Francisco R&B station and rose to #7 on the chart. ABC Records saw our potential and picked us up. Our real Top 40 breakthrough, “Can this be real?” was released in 1973.

How did you end up in Douglasville, Georgia?

My wife Zakiya, herself an accomplished singer, and I came to Georgia in 2007 looking for a house because her son lived in Douglasville. We were struck by how peaceful and quiet the city was compared to other places we ‘ve lived. Plus, the prices of homes here were peanuts compared to those in California.

You mentioned that Zakiya is the daughter of the late blues performer John Lee Hooker. When and how did you meet her?

I actually met John Lee 10 years before I met his daughter. Zakiya and I met in 1986 at The Good Accident Martinique bar in the Bay area. We soon became friends and, well, the rest is history.

You’ve titled your book “Music Saved My Life.” Did you mean that literally?

Yes. As l think about the challenging life I’ve had, I don’t know what I would have become if it were not for music. When times got tough, I would always retreat to the sanctuary of my music. To me “The Healer,” an album released by John Lee in 1989 is reflective of the healing power that music has. It can, as the saying goes, “sooth the savage beast,” and is what made songs by Miles Davis, Otis Redding, Marvin Gaye, Aretha Franklin and others so universally admired.

Among other things that jump out in your book is your admitted contentious relationship with your mother. Care to elaborate?

Well as I write in my book, my life has been largely a disaster and my mother was the cause of much of that. She taught at the Church of God and Christ and — get this! — taught Jim Jones on how to indoctrinate groups of people. Some may recall that hundreds of people drank poisoned Kool-Aid and committed suicide in Georgetown, South America on instructions from Jones.

Speaking of your book, you wrote some unsettling things about a famous NBA player, well-known musicians and a TV personality. How about naming them?

C’mon man, if I name names, why would those who salivate over the unsavory details about the real character of others want to buy my book? Next question.

Okay then, given that you were reared in Oakland, how did that upbringing influence your views on race in ways that may differ from others in other parts of the U.S.?

Throughout my upbringing I was always in the presence of whites, Asians, Hispanics, gay people, and African Americans. In fact, most of my mother’s relationships were with white people who were always guests in our house. I never experienced racism until I was in the Army and was told in a bar in Arkansas that they don’t serve people like me. I was in awe when hearing terrible stories from others who experienced blatant racism.

You said that there is more of an appreciation of your music outside the U.S., especially in Argentina.

Yes. The history of Black artists has been one where they were more appreciated outside the U.S. I think about greats like Otis Redding, Nina Simone, Little Richard as well as R&B groups that were revered then and even today because people appreciated their music. In fact, frequently I hear from people outside the U.S. who continue to play my songs and want me to return to perform. Argentina is one of my favorite places because I’ve always been treated like a real artist there. In fact, I’m heading back to Buenos Aries real soon.

As you near the end of your career as a musician, what unanswered questions are you left with?

(Long pause) Well, the one that continues to gnaw at me is why The Natural Four never got the recognition that other groups got. I mean, we were on the circuit during the same time with The Temptations, Jeffrey Osborn, The Whispers, The Intruders and others who were elected to the R&B Hall of Fame, but not us. I guess that’s a mystery I must live with for the rest of my life.

What are your thoughts on music today, rap in particular?

Two words: Reprehensive. Terrible. As I said earlier, music should be a healer and respect for others. But with the advent of rap and Hip Hop, music is no longer a healer, it is now a killer. Tupac? Shot dead! Biggie Smalls? Shot dead! Young Dolph? Shot dead! And the killings aside, too much of rap and Hip-Hop lyrics are degrading and offensive. Now don’t get me wrong, all rap is not bad but there’s no denying the fact that a lot of it attracts violence.

My immediate desire is to do another album. Plus, I plan to return to Argentina to do several engagements. We’re also putting together a 2022 Valentine’s Day concert in Douglasville, a medley of love songs from back in the day, at the Vine Café and Market. We performed there back in August, and it was jam-packed and hugely successful. Other than that, I’ve been contacted by a person who works at a station in Atlanta who is interested in doing a film on my life. Hey, maybe I can get them to shoot scenes here in Douglasville.

Who would you like to see play the major characters in the film?

Well (laugh), ideally Oprah Winfrey would play my mother. Now who would play me? Wow, I’m not sure that any credible actor would want to play me after reading my book (laugh).

Terry Howard is a contributing writer with the Chattanooga News Chronicle, The Douglas County Sentinel and The BlackMarket.com.

Terry Howard is a contributing writer with the Chattanooga News Chronicle, The Douglas County Sentinel and The BlackMarket.com.