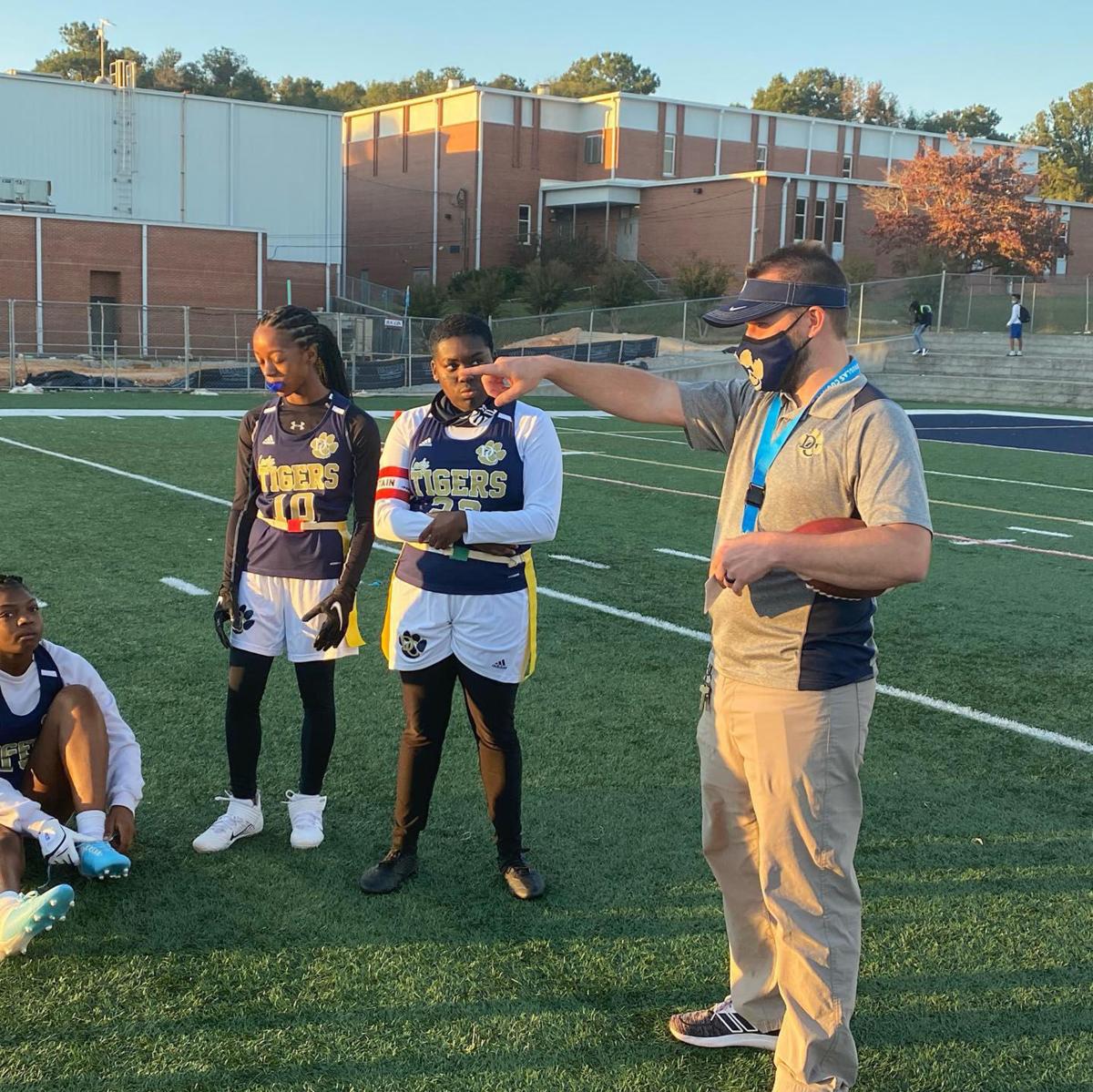 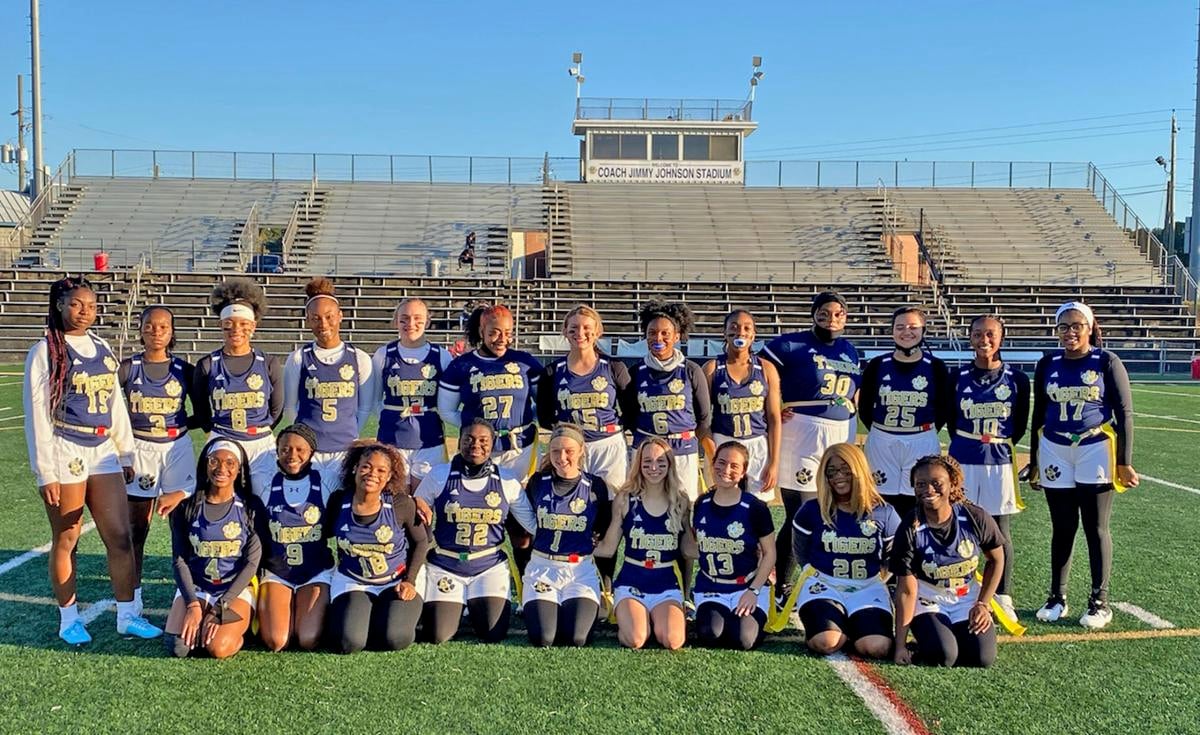 Girls flag football is booming at the high school and collegiate level. Douglas County High School’s new team is playing its inaugural season thanks to a $6,000 grant from the Atlanta Falcons and The Arthur M. Blank Family Foundation.

Girls flag football is booming at the high school and collegiate level. Douglas County High School’s new team is playing its inaugural season thanks to a $6,000 grant from the Atlanta Falcons and The Arthur M. Blank Family Foundation.

Special to the sentinel

A $6,000 grant from the Atlanta Falcons and The Arthur M. Blank Family Foundation made Douglas County High School’s inaugural season possible. The financial investment came in response to what both organizations say is an alarming low number of high school sports for girls in Georgia.

“We knew the need for more girls’ sports in Georgia was there, and that was enough for us to get started,” said Atlanta Falcons president and CEO Rich McKay. “The goal was always to get this program to become an officially sanctioned sport and give girls more opportunities to play sports in high schools and we are thrilled that the GHSA shared the same vision. It’s an exciting time for high school sports in Georgia.”

Robert Fellows coaches the 23 member team at DCHS. He has excitedly watched the girls prepare for a successful season.

“I couldn’t be more proud of the girls who came out for our inaugural season. They are eager to learn and have made amazing progress. They are very competitive,” he said. “Opening up a female alternative to football at the high school level was long overdue. These girls can throw, catch and run. All they needed was an opportunity and they are making the most of it.”

Coach Fellows continues to be thankful female athletes now have this additional opportunity to compete.

“I’m very grateful to Arthur Blank and the Falcons for providing us and many other schools around the state of Georgia with the critical funding needed to get our program started,” he said. “The Falcons offered funding and provided free coaching clinics for new flag football coaches with former Head Coach Dan Quinn and Team President Rich McKay. They have taken an interest in making football an option for our high school athletes. We are so grateful for this opportunity.”

The team will continue to play flag football throughout the month of November with a playoff format taking place in December.