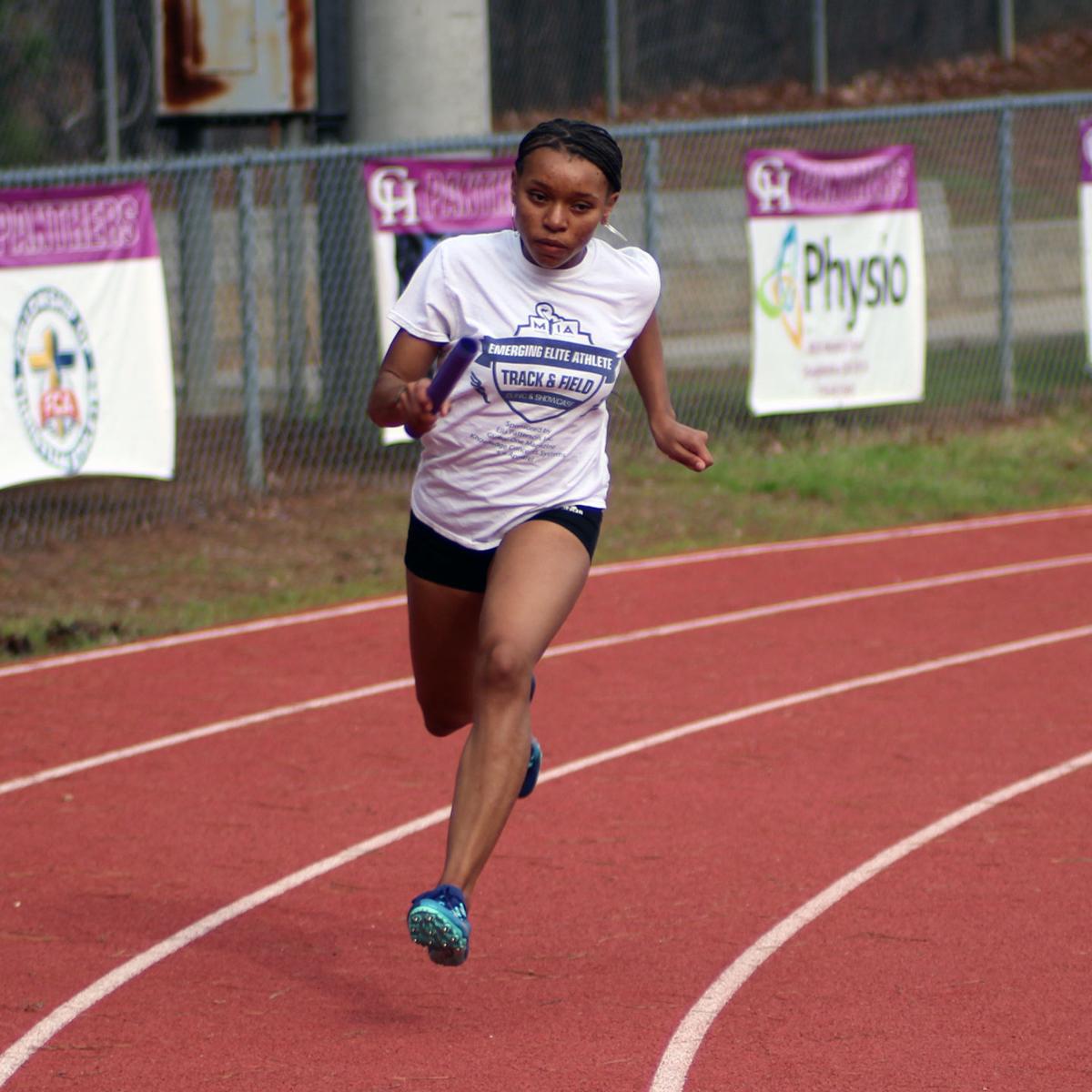 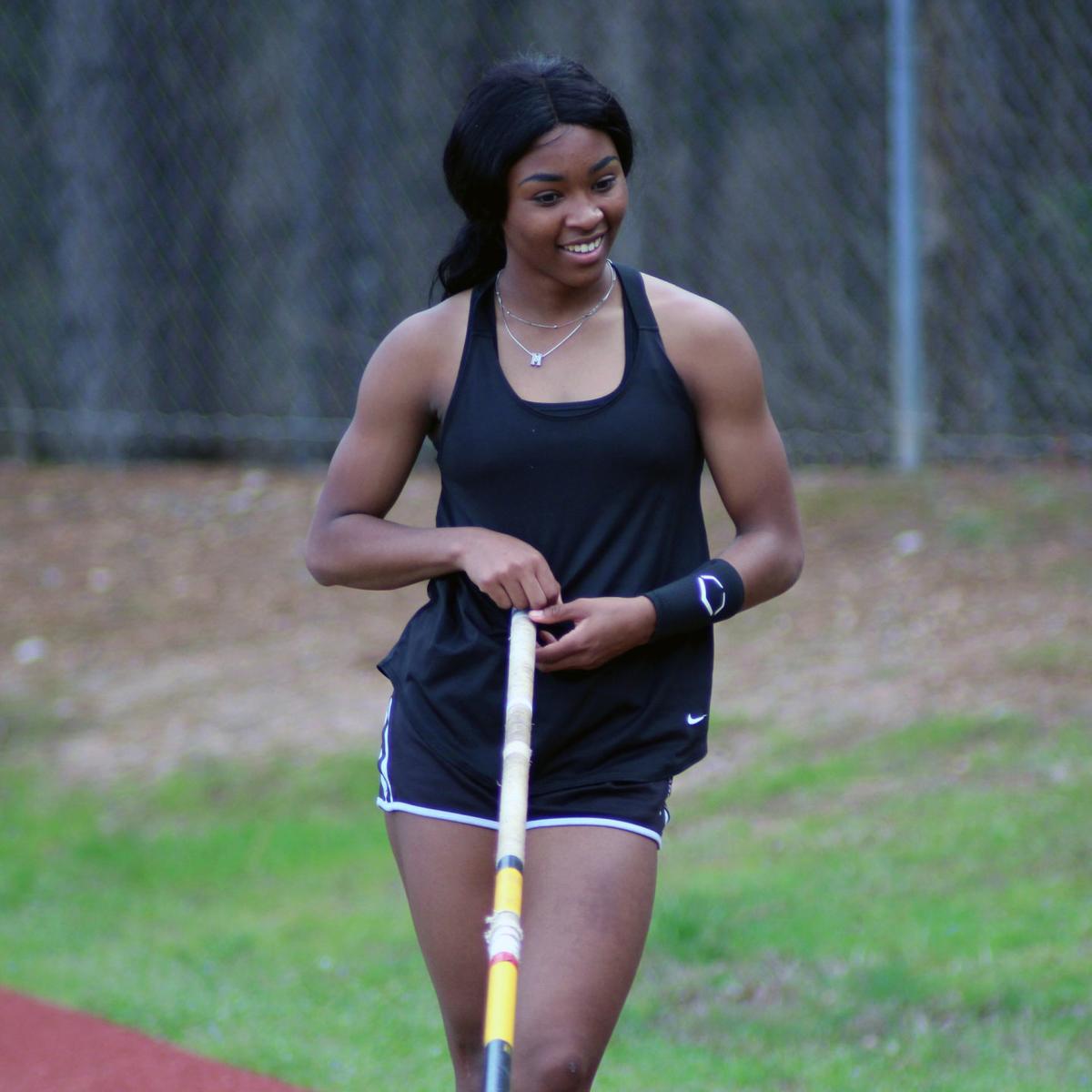 Chapel Hill sophomore Malahne Walker practices the pole vault during Thursday’s practice. The season has been postponed until March 27 because of the outbreak of the coronavirus. 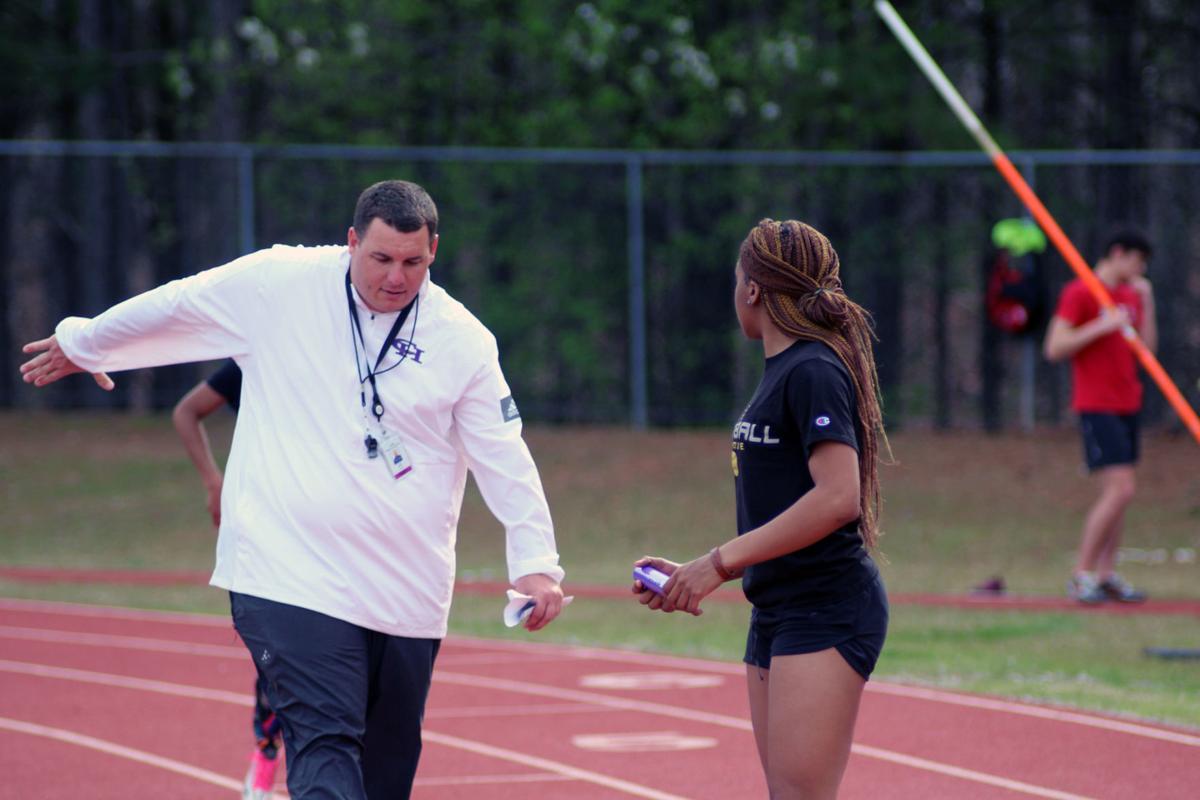 Chapel Hill sophomore Malahne Walker practices the pole vault during Thursday’s practice. The season has been postponed until March 27 because of the outbreak of the coronavirus.

With school systems on a two-week hiatus because of concerns of the spread of the coronavirus, spring sports have been suspended during that time.

The GHSA, the governing body of high school sports in the state, recommended that schools suspend spring sports activities until further notice.

Professional sports leagues and college conference begin postponing and cancelling games and championships on Thursday as more information became available on the virus.

The regular season belongs to the schools themselves,“ said Dr. Robin Hines, executive director of the GHSA. “We can only recommend that they suspend playing. The final decision will rest with the local school systems, but we hope they heed the Governor’s and the GHSA’s recommendations.”

The GHSA postponed it state literary competitions. The competition will be made up at a future day, according to the organization’s website.

Gov. Brian Kemp recommended that large events in the state be put on hold because of the spread of the virus.

“We will definitely suspend for the next two weeks, as the Governor recommended,” said Hines. “We hate to have to make this call, but we must do what is in the best interest of our student-athletes and fans.”

Players and coach from the county said they understand about the precaution measures.

“Everybody is trying to do what is smart and in the best interest,” Chapel Hill football coach Justin DeShon said. “It is all about safety right now.”

Chapel Hill just wrapped up its intense conditioning drills as they are preparing for spring football next month.

DeShon said the break comes at the right time for his players.

“We have been lifting since January,” he said. “We were ready for a break.”

The Douglas County football team was in the midst of of intense conditioning drills.

“We are hopefully that the kids will do the right thing right now, and not just lay around on the couch,” Douglas County assistant head football coach and athletic director Travis Smith said. “We have encouraged them to try to stay active but most definitely remain safe.”

Once the GHSA re-evaluate the situation, Smith said he will begin the rescheduling spring sports.

Smith said since all school systems are effected by the shutdown, he said everybody will be mindful of the situation.

“Right now, everybody is in the same boat,” Smith said. “I think we all have to be a little creative in the scheduling as we move forward. We have to see what plan the GHSA comes up with for the championship schedule and modify what we do. It sucks for the kids that they are not able to compete.”

Smith noted that the weather has already had a big effective on the season. Several games have been postponed because of the continued rain in the metro area.

“We haven’t been able to play that many games,” Smith said. “I think soccer is the sport that has played the most games.”

The NCAA canceled its basketball tournaments and all other remaining championship events on Thursday in response to the coronavirus pandemic. That came a day after the association had announced it planned to play the games while restricting fan access.

Several local players expressed their disappointment about the two-week hiatus, but noted they understood the severity of the situation with the virus.

“It is disappointing because everything was going well,” Chapel Hill sophomore track and field standout Jaylen Slade said. “I had a couple big meets coming. I know that it was done for an important reason.”

Slade is the defending Class AAAA 100 and 200-meters champion.

With the majority of colleges going on a break in response to the coronavirus pandemic, it also halts recruiting efforts.

The NCAA recruiting period for coaches to be in contact with prospects had just begin. Several players had planned campus visits.

“It is a situation where the ones being heavily recruited will still be in contact,” Smith said. “Again, everybody is in the same situation and we will work through this.”

It was expected to be a NASCAR weekend for fans as Atlanta Motor Speedway was host three races.

Winston native Austin Hill and Douglasville native Mason Massey were going to compete in the races. However, NASCAR decided to postpone the races for the next two weekends.

The first plan was to run the races with no fans but NASCAR issued a statement early Friday morning about the postponement.

The statement read: “NASCAR has decided to postpone the race events at Atlanta Motor Speedway this weekend and Homestead-Miami Speedway next weekend. We believe this decision is in the best interest of the safety and well-being of our fans, competitors, officials and everyone associated with our sport. We will continue to monitor this dynamic situation as we assess future race events.”

Hill is also looking for his first Truck Series and season win on the track.

“It’s always great to come back and race at Atlanta,” Hill said prior to coming to Atlanta.

Hill was to take to the track in the Vet Tix Camping World 200 trying to extend his points lead, and also get his first win of the 2020 season.

Saturday’s 200-miler marks Hill’s fifth start at Atlanta Motor Speedway as he searches for his first top-five finish at the track.

With the cancelation of all NCAA winter championships, it prevented Douglasville native Nicole Fegans from competing at the NCAA Division I Track and Field Championships.

The championships, hosted by the University of New Mexico, where to be held Friday and Saturday at the Albuquerque Convention Center in Albuquerque, New Mexico. Fegans won the ACC Championship in the 3,000-meters. She garnered All-ACC honors and was looking to gain All-American status.

Former New Manchester High standout Dee Topps was picked to play in the senior all-star game for the North squad. It was scheduled to be held at Dalton High.

Even the Masters joined other big sporting events that have been suspended or delayed from starting or continuing.

Augusta National, which runs the Masters, offered no details except for Chairman Fred Ridley saying he hopes the postponement puts the club in the best position to safely host the Masters “at some later date.

PGA Tour Commissioner Jay Monahan said his “gut-wrenching” decision to cancel the rest of The Players Championship this week and the next three tournaments on the schedule was based largely on Orlando’s theme parks shutting down and travel for the international players.

“Even though we have a safe environment and we’ve done all the right things, we can’t proceed,” Monahan said. “It’s not right to proceed.”

Atlanta Track Club announced Friday that it will continue plans to stage the Atlanta Journal-Constitution Peachtree Road Race on Independence Day. The Peachtree is the world’s largest 10-kilometer race, which is run through the streets of Atlanta each year.

“We hope and expect to celebrate running and walking on Independence Day as Atlanta always does,” track club executive director Rich Kenah said in a statement. “The club has received no information from health officials indicating that the Peachtree is at risk of not happening on the 4th of July. But as Atlanta and the rest of the country deals with Covid-19, Atlanta Track Club understands the unprecedented situation facing public events.”

On a good note for college seniors that play spring sports, the NCAA announced Friday that eligibility relief will be provided for all of its Division I student-athletes who participated in spring sports and had their seasons taken away because of the coronavirus.

The organization released the following statement on the decision:

“Council leadership agreed that eligibility relief is appropriate for all Division I student-athletes who participated in spring sports. Details of eligibility relief will be finalized at a later time. Additional issues with NCAA rules must be addressed, and appropriate governance bodies will work through those in the coming days and weeks.”